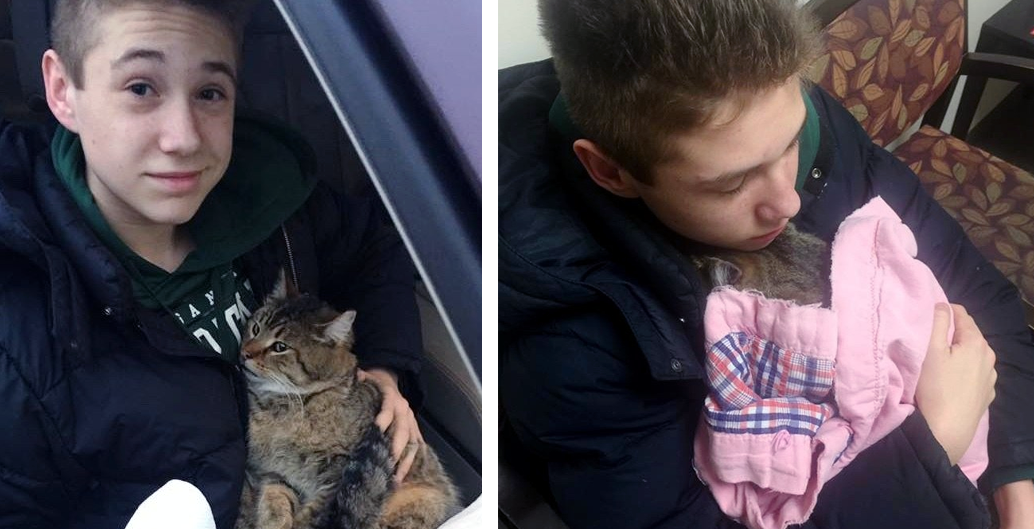 Erin Brown was driving down the highway, taking her son Gavin to a birthday party, when something happened that she couldn’t believe.

She saw a window open on a car moving ahead, and a cat was thrown out of it. 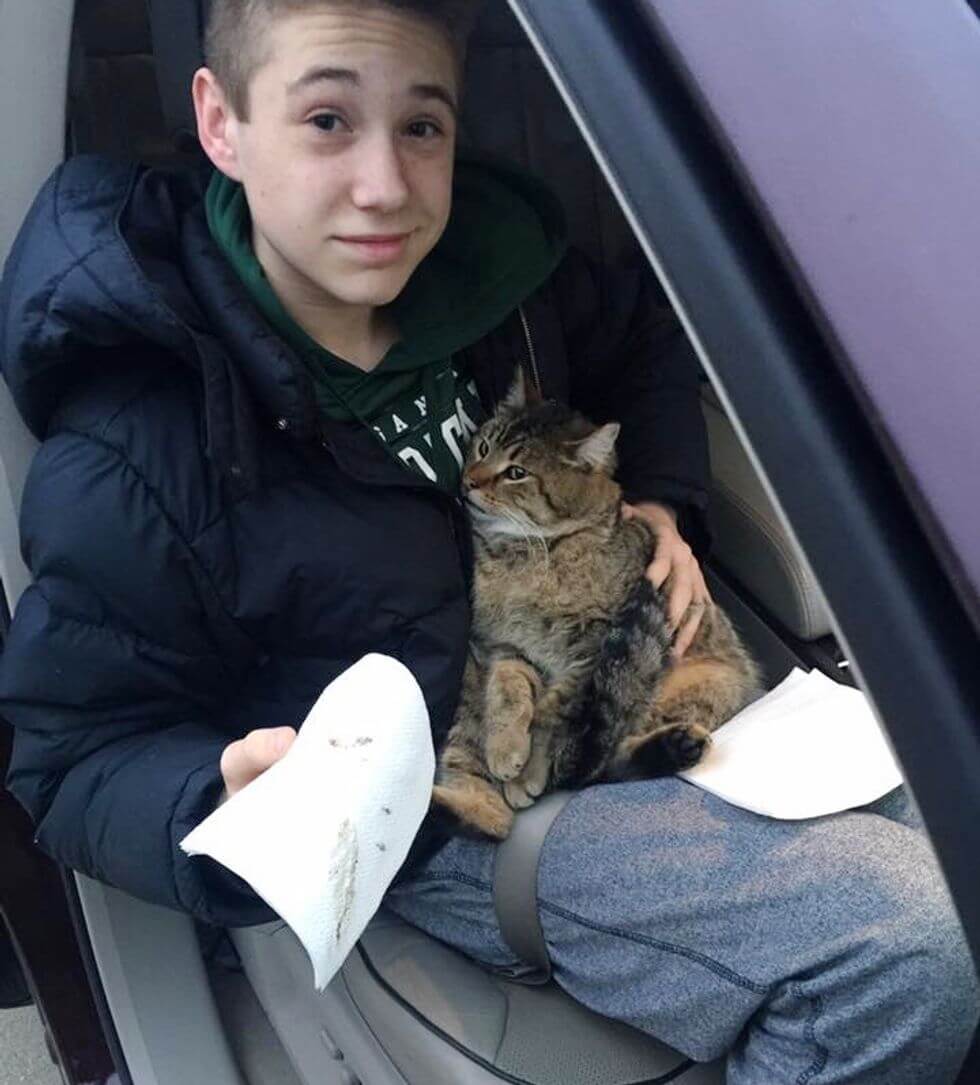 She screamed and stopped the car immediately. As soon as she stopped Gavin ran out of the car and signalled incoming traffic to stop so he could reach the cat and save it.

“In shock watching the cat slam the pavement and scurry all over the highway he ran to the overpass right by me and jumped on top of the overpass about to jump down,” Brown shares with Love Meow.

Gavin rushed to the bridge and took the shocked cat.

“Not sure which I’m in more shock of, the cat being thrown out a window of a moving vehicle on 196 or my son flying out of my car onto the highway and diving into an overpass to rescue a cat.” 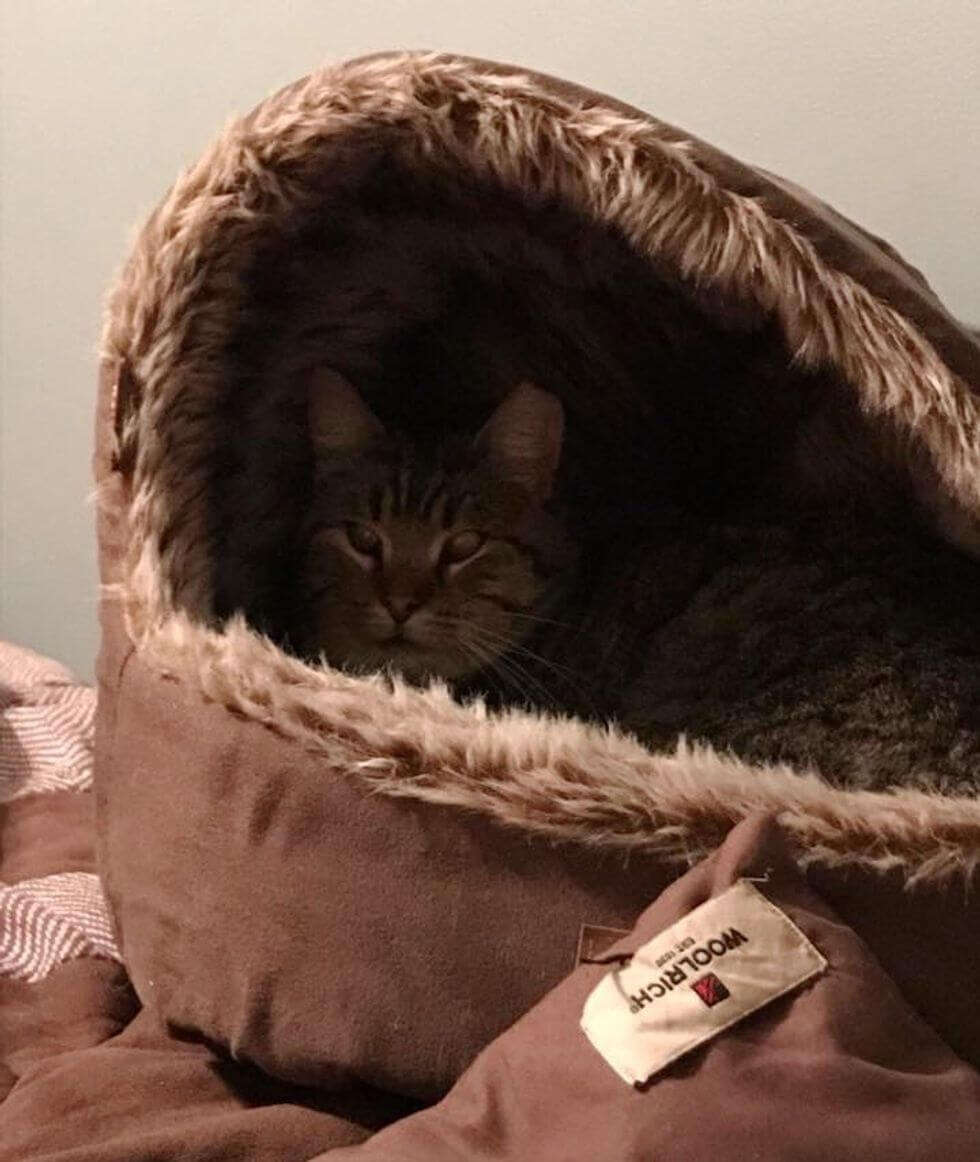 The traumatized cat was gasping for air. His nails were torn off from struggling to keep the grip to the pavement.

“He cuddled right into Gavin’s arms and Gavin held him tightly and just kept petting him to show him that we wouldn’t hurt him and gain the cat’s trust.” They took Lucky to BluePearl Animal Hospital, and the staff took care of him and gave him meds to alleviate the pain. “Gavin was not letting go of his new baby. The bond was instant, and he was a hot emotional mess over this cat.”

Several days later, a kind stranger heard about their story on Facebook and offered to pay for a most of the medical expenses. Gavin was amazed by the kind-hearted gesture, and tears started rolling. “He then said, ‘I’ll also give the $63 I have to pay for my new cat to go with that to get us closer to the total.’ My heart just swelled with gratitude,” Brown said. 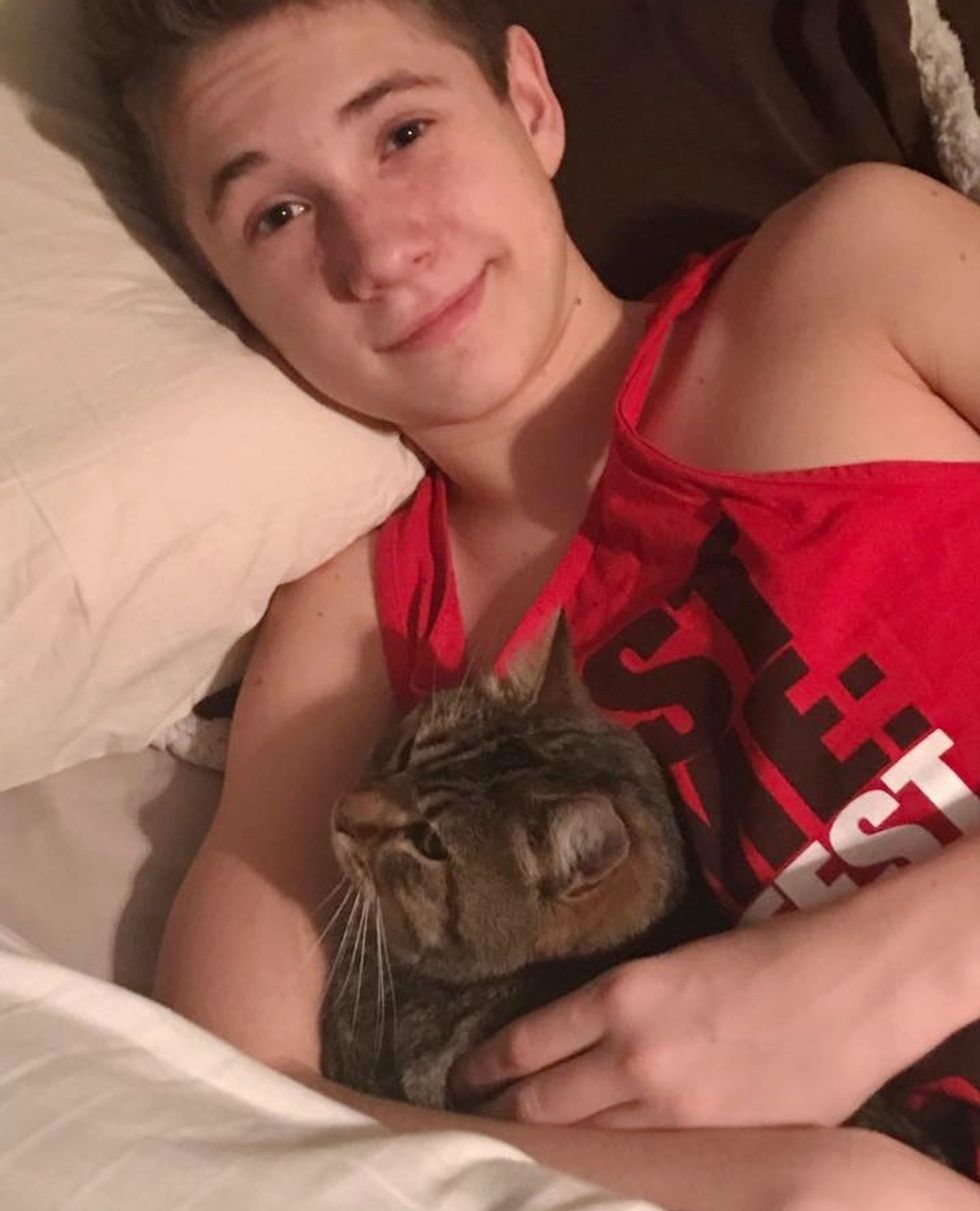 The two friends became very close. “Lucky is well aware that Gavin saved him, and their bond is one I just can’t describe,” Brown said. “Lucky is so far the sweetest cat I have ever met! He is so mellow and playful and just plain lovable!”