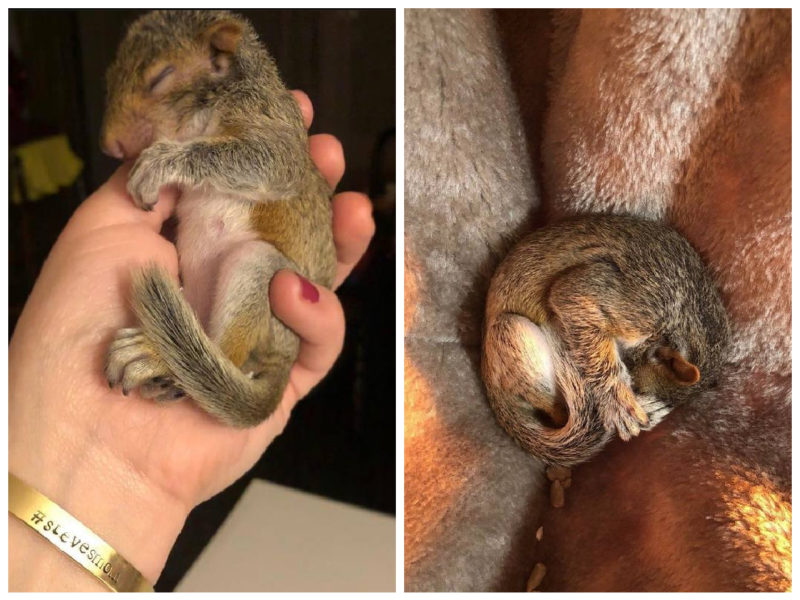 In February, Jessica found a strange creature in the backyard of her house – a completely bald teddy bear that did not open its eyes. The foundling weighed no more than 40 grams. He was very cold and unconscious.

The girl decided to help the animal. She took him with her and decided to send him to a homeless animal care center. But they said there were no empty seats.

Then the girl took the baby to her. 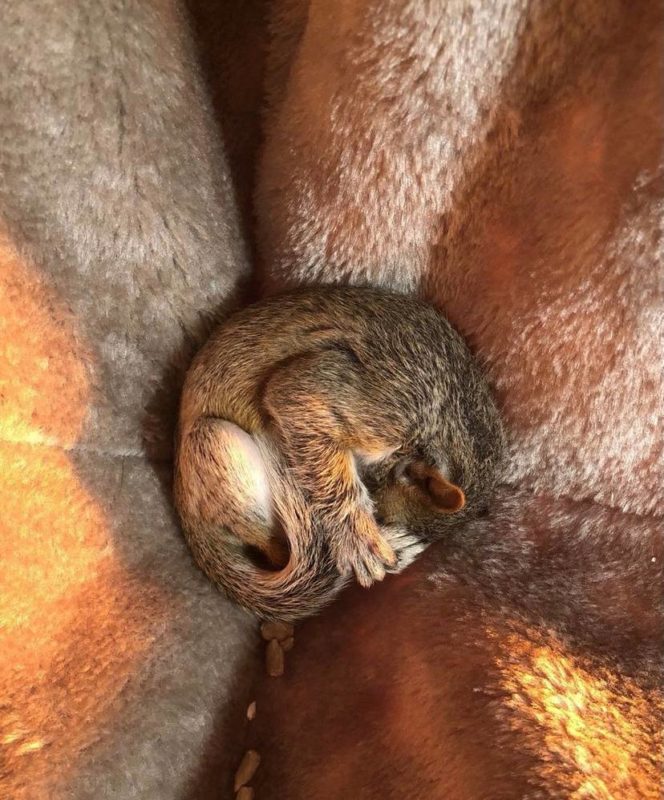 Jessica arranged a box for the animal, fed it with an eyedropper every two hours. The first night was the worst. But Jessica and the foundling survived it.

The girl immediately realized that she had found a squirrel. Most likely, he fell out of the hollow or was abducted by a predator because he partially lost his tail.

The body was tiny, the legs almost transparent, with thin claws. The baby was named Stevie.

When the squirrel grew up, it became cramped in his home cage. Then the caring owner organized a whole mini-house for her pet on the street: with a feeder, several levels and places for climbing. Steve liked this place.