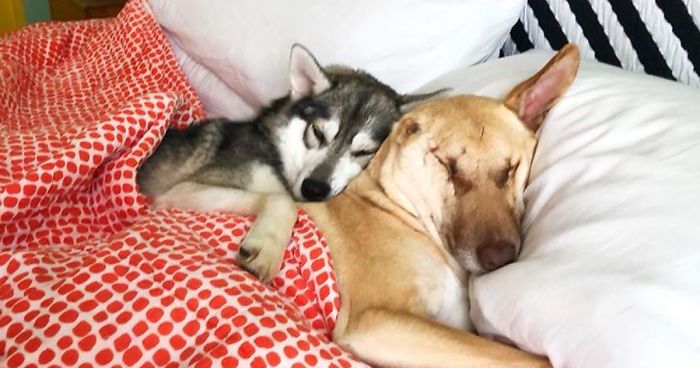 A whole campaign was organized to get the wounded dog out of Libya. In her native country, she would have died for sure. 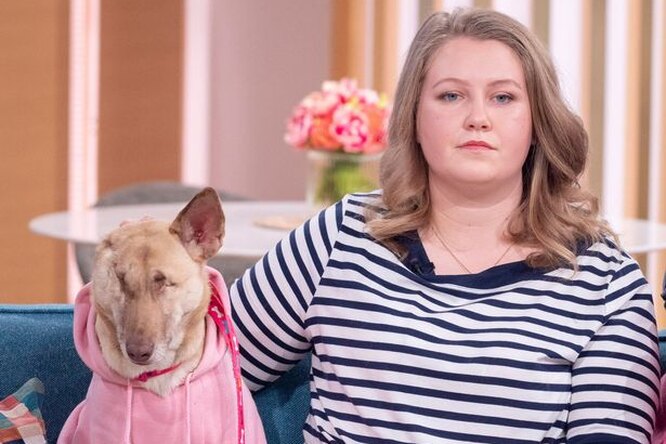 Recently, a resident of London, Casey Carlin, visited the studio of the morning show This Morning, which airs on the British channel ITV. She told the terrible story of her new pet, the mongrel Maggie, who was rescued and taken out of Beirut, where the dog was bullied.

Maggie’s life in Lebanon was like hell. She sat on a chain, listening to the footsteps of the man who sometimes brought her food. Although the dog’s eyes are slightly open, she could not see anything due to a severe infection that deprived her of sight. One ear was torn off. And to top it all off, Maggie was pregnant. The unfortunate dog was noticed by the owner of a homeless shelter named Hussein. He went over to stroke her and was horrified to find numerous wounds under Maggie’s skin. Someone shot a dog with a hunting shot.

Hussein persuaded the owner to give the pet to him and immediately took her to the vet. There it was decided to terminate the dog’s pregnancy and sterilize it. The puppies simply did not have a chance for a normal life in post-war Libya. 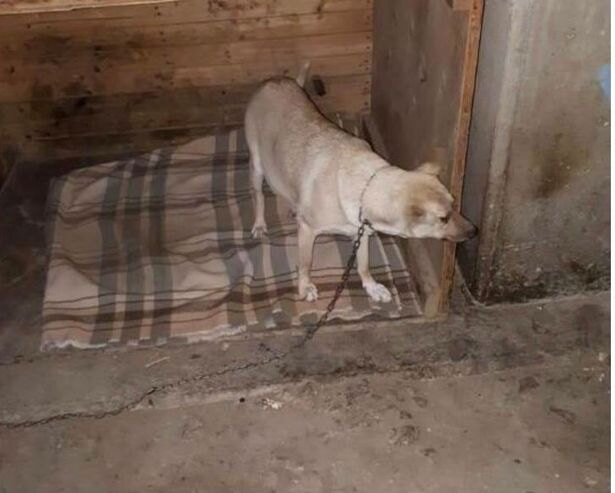 On examination, the doctor found dozens of bullets in Maggie’s body.

The operation to remove them was quite expensive. And Hussein didn’t have that kind of money. But the man really wanted to help the dog. It was bitter for him to see this emaciated, wounded mongrel, who had suffered so many trials. And then Hussein decided to post Maggie’s photos in several Facebook groups dedicated to animal rescue. 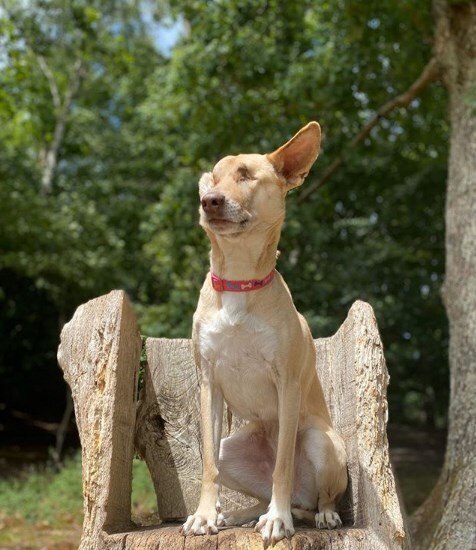 This helped – a kind Englishwoman named Roxanne, who already had experience helping animals from Libya, became interested in the history of the dog. She announced a fundraiser. And soon Maggie managed to take the dog to the UK. Roxanne herself could not shelter a dog. But she found her a new home. So the mutt ended up in Casey Carlin’s family.

It seemed that all the bad things had already been left behind. But suddenly Casey began to notice small wounds on the pet’s body and neck, from which small black balls kept falling out. At first, the woman thought it was some kind of blood-sucking insects like ticks. But looking at them closer, she realized with horror: these are fragments of bullets! 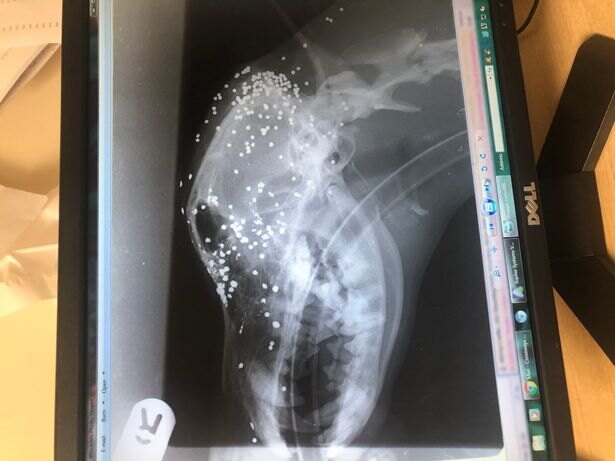 Casey knew that after the dog arrived in England, she underwent surgery, during which 17 foreign bodies were removed. But the survey showed that there are more than 70 of them there.

The woman was shocked. How could a dog be so gentle and friendly if she suffered severe pain every day? 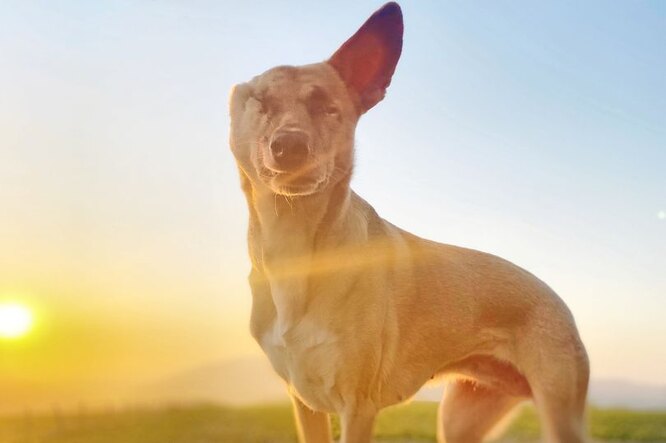 A CT scan showed that Maggie’s back and shoulders were literally strewn with bullet fragments, which, moreover, migrated under the skin. According to the doctor, the dog was shot three times with a shotgun and once with an air pistol. It was decided to remove the bullets gradually. The dog could not withstand a long painful operation. Maggie’s fine now. Casey surrounded the pet with care and love. The woman did not know what to expect from a dog that had endured so much cruelty and betrayal. But it turned out that Maggie had not lost faith in people. She craves love and is ready to share it with the owner. Looking at the one-eared and blind pet that is huddled at her feet, Casey can’t hold back tears. She promised herself that she would do everything to make the dog happy and forget her old life like a nightmare.

Husband teases wife for “eating like a pig” until one day he finds her passed out on the floor
Jenny had always been a curvy girl. She was a beautiful woman who enjoyed
LIFE STORIES 0 43