Pennsylvania resident Jo-An Oltsman, suffered a heart attack. The woman was at home and suddenly felt very sick, she collapsed to the floor in an instant. At the time, a dog and a pig named Lulu were also in the house. 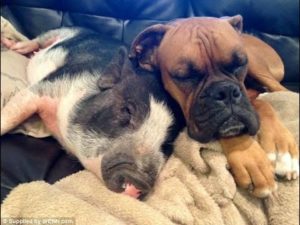 The dog, sensing trouble, started barking loudly, calling for someone to help. The pig, on the other hand, rushed out into the street and lay across the roadway that passed near the owner’s house, blocking the traffic with its fat body. Incomprehensible motorists could not understand what the animal wanted from them. They honked their horns and tried to avoid Lulu. The pig would periodically get up and run into the house, as if to make sure its owner was all right. Then back onto the road. 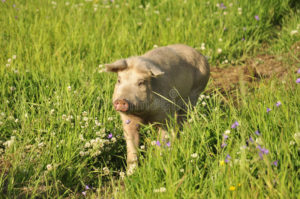 But a passerby noticed Lulu’s strange movements and followed her into the house, where he found Jo-An, who was already unconscious. The man immediately called an ambulance, which took the woman to the hospital, where she was saved and given the necessary care. 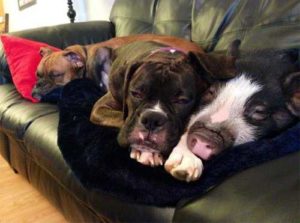 This story refutes the claims of those who claim that pigs cannot replace pets like dogs.