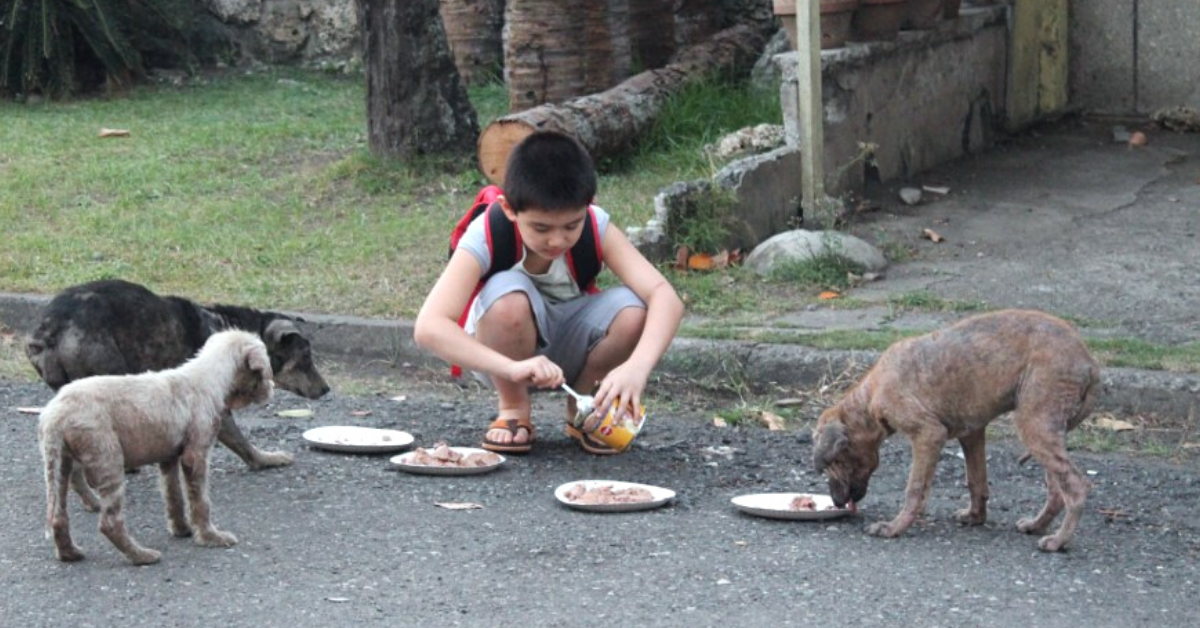 When one little boy in the Philippines came across a pack of mangy, sickly stray dogs on the street, he wasn’t turned away by the sight of them. Instead, he was compelled to help, and even inspired to go the extra mile to make sure he could help even more unfortunate animals, too. Certainly, the most kids at this age spend their pocket money on things like cookies or sweets, but Ken Amante decided to use his for a noble cause – procuring food for the helpless stray dogs.

A man noticed his son had been leaving their house at the same time everyday for two weeks while toting a backpack full of food. He followed the boy one day, and his heart melted upon the sight he came across, a few streets away. His baby was surrounded by a group of stray dogs, all wiggling their tails, waiting for their human friend to share them food. 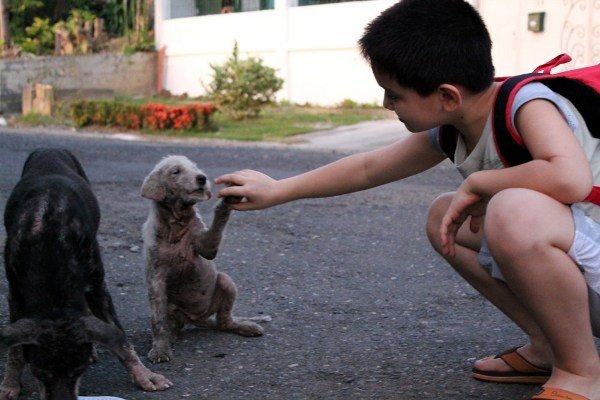 The proud dad took a photo of his son and later shared it on Reddit. And there’s where everything begun! “My son has been feeding stray dogs in the neighborhood for about two weeks now,” the man wrote. “Today I tagged along.”

It didn’t take too long until the heartwarming story made waves across the Internet and Ken became famous for his kindness. He received a lot of support from animal advocates all over the world and thankfully, shortly after he even opened a shelter – The Happy Animals Club. Word of Ken’s generosity towards the local strays soon spread, and people all over the world offered donations to do their part, too.

Before long, Ken and his father had enough money to provide the dogs he had been sneaking out to feed with high quality canned food and get them the veterinary care they so desperately needed. 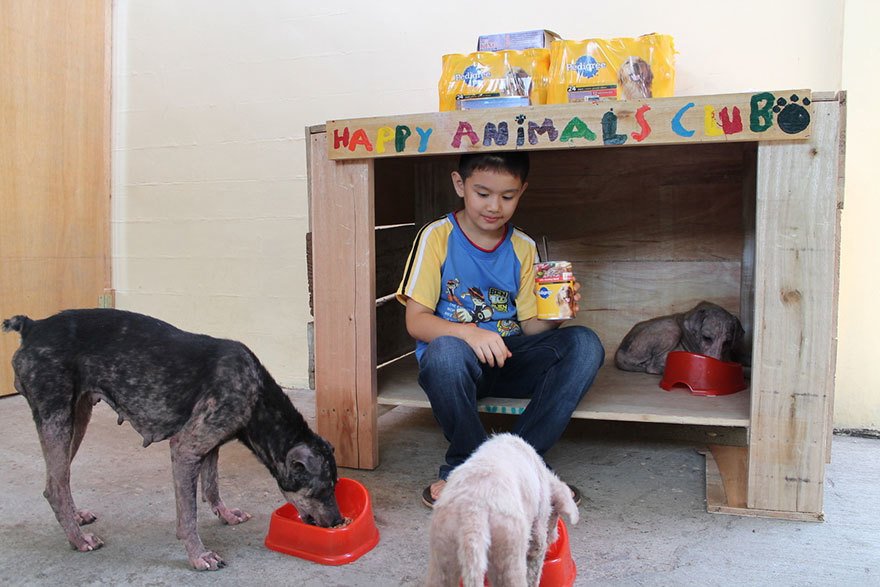 “I want to save as many of those dogs as I can from suffering for no reason,” he explained for METRO. Since 2014, when opened, Ken’s shelter rescued and rehabilitated hundreds of animals. They also provide meals for all stray animals in the neighborhood. What a hero this little fella is!