A bobcat named Linda was born in 2007 in a zoo. Two months after she was born, Dusya, a two-month-old cat, was moved to Linda’s enclosure. The zoo staff made this unusual decision to see how the animals would develop as they lived together. 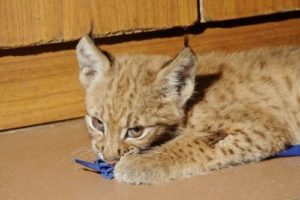 Cats and lynxes belong to the same family, but they have very different sizes. The habits of the animals differ as well. The differences did not stand in the way of friendship between Linda and Duce. The animals quickly found a common language, although their communication at first took place under the supervision of the staff. After all, people feared that the lynx would behave aggressively toward the weaker cat. After a while Linda and Dusya spent several hours alone together. And then they were put in the same enclosure. 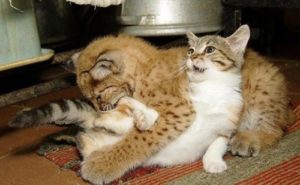 The cats quickly became friends. They washed each other’s faces, ate together, played and basked together. Dusya was more nimble and brazen than Linda. She even managed to steal food from Lynx’s plate. 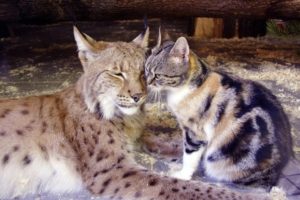 A special enclosure was made for the animals. Each of the cats had its own section so that they could spend time apart. They also built a small house for Dusa, where Linda, with her large size, simply could not fit. 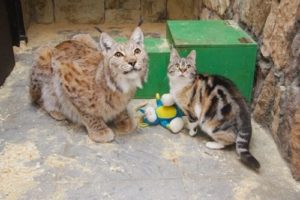 The animals lived together for 13 years. All this time there was a sign on the enclosure, which told that here live together a lynx and a domestic cat, which get along well with each other. The story of unusual friendship ended in 2020, when Dusya died of old age.