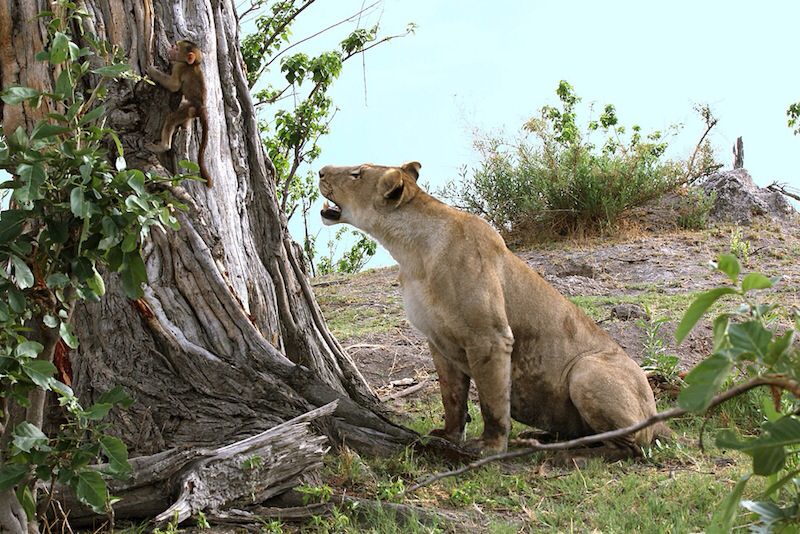 A baboon stole a lion cub and began to take care of it. Their photos are compared to a scene from The Lion King, but in nature everything is much sadder than in the cartoon. 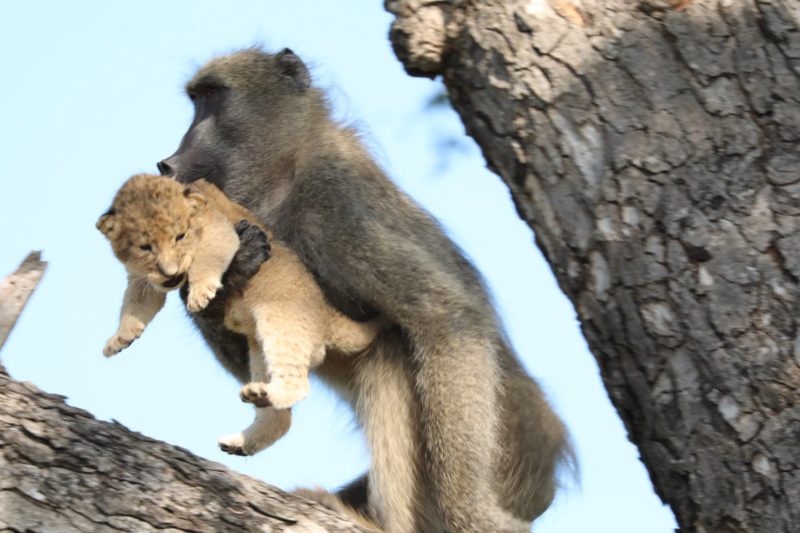 In the Kruger National Park in South Africa, photographer and guide Kurt Schultz photographed a baboon dragging a lion cub up a tree. 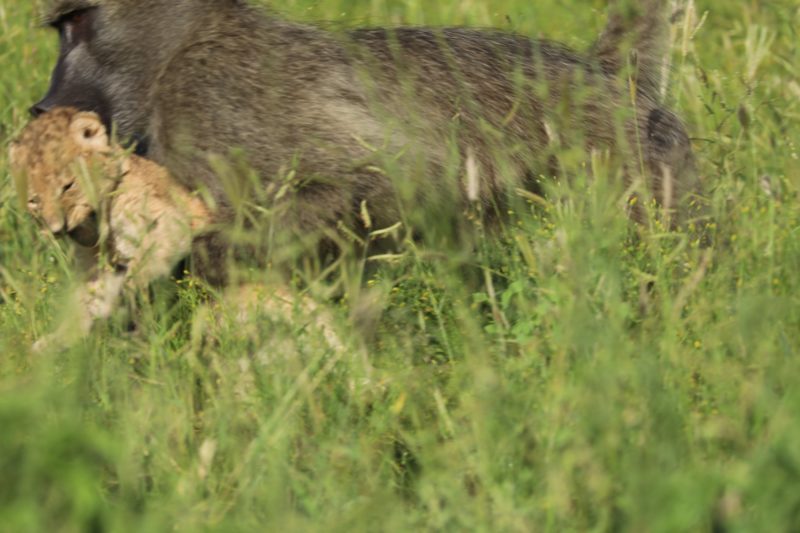 In February, Schultz visited a section of the park where lions had recently been spotted and encountered a noisy troop of baboons. After a while, the photographer noticed that one of the monkeys was dragging a live lion cub in its mouth.

At first he thought it was a female, but it was a young baboon climbing a tree with prey. 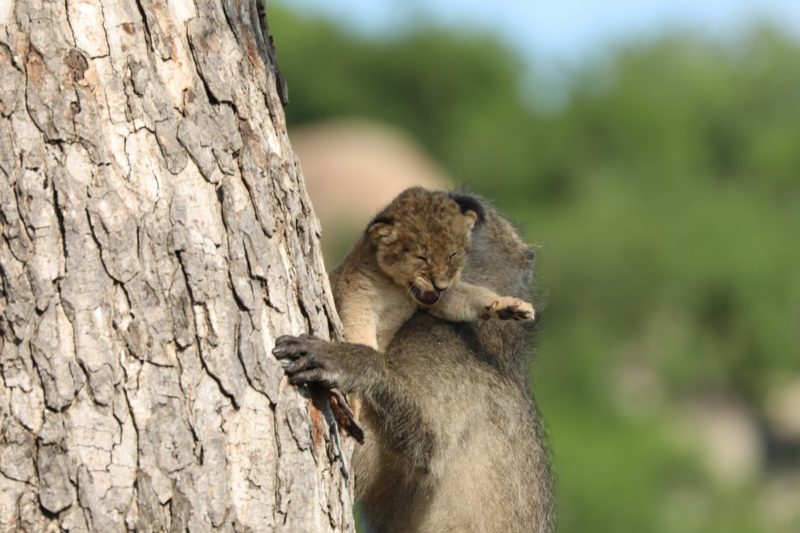 At the same time, the other monkeys calmed down in the presence of the lion cub, and the kidnapper began to comb fleas from his fur and take care of him as if he were his cub. In 20 years of observation, Schultz said he had never seen such behavior in animals. 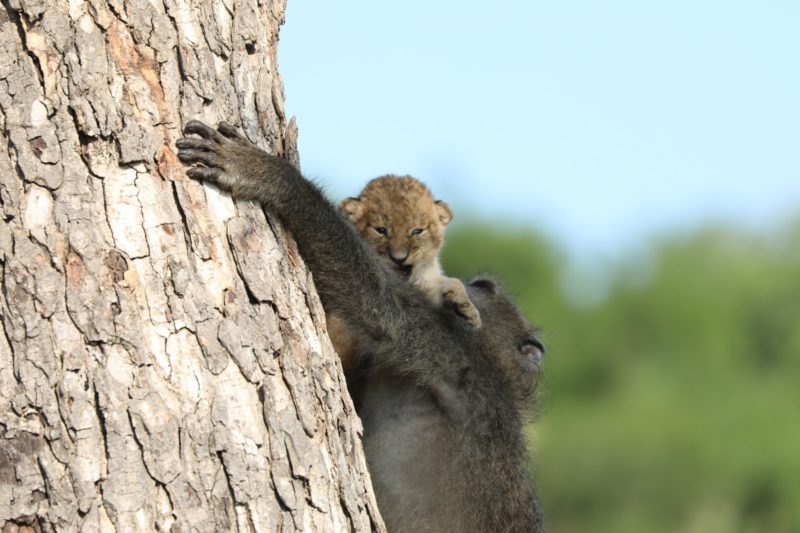 According to the publication, the photographer’s photos posted on social networks are compared to a scene from the cartoon «The Lion King», where mandrill Rafiki held a lion cub Simba in his paws.