This beautiful fluffy girl was found on the street. Not far from the monastery, the owners are always leaving animals behind. And that’s where they left this kitty.

A group of volunteers came to the monastery just in time to pick up animals that needed treatment. The girls put the kittens in their carriers and were about to get in the car when they noticed a lop-eared kitten of a noble chinchilla color running around. The animal was obviously frightened. But even in this situation, it showed the grace and dignity inherent in this breed. 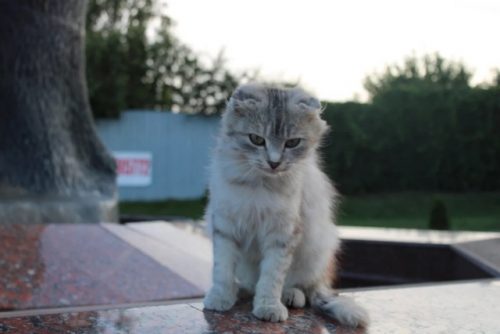 After noticing the girls’ interest in the animal, sales clerks from a nearby store went outside and asked to pick up the kitty. The women complained that animals were regularly thrown under their doors. They said that the little cat had only appeared in the morning and obviously knew nothing about life on the streets. A free carrier was found for the cat, and she went to the city for shelter. 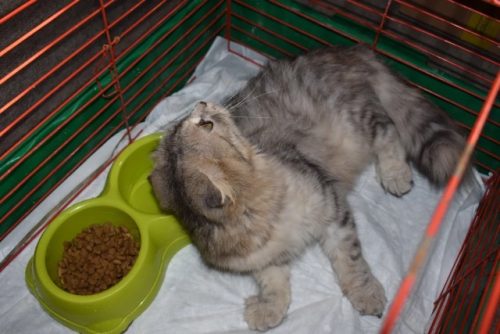 The baby looked barely six months old. She was active and beautiful. According to the rules of rehoming, the cat was sent to quarantine. Unlike other animals, the cat took being in a cage very easily. All day long, she slept curled up in a ball. This passivity even led volunteers to doubt the health of the little cat.

As the days passed, the cat continued to spend most of its time snoozing quietly in its cage. As it turned out, the animal was healthy. It just has a very calm nature and appreciates privacy and rest most of all. Despite her young age, the cat was not mischievous. On the contrary, it showed good breeding and even intelligence. 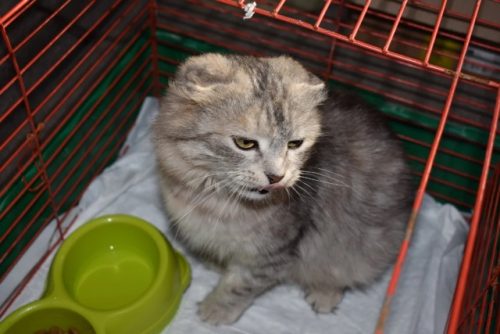 The calm and gentle girl was named Adele by the volunteers. When the quarantine was over and all the necessary vaccinations were given, Adele was released to the other animals. Even in the noisy company kept at the shelter, she maintained her intelligence and dignity. The cat never fought or made noise, never begged for food or stole it from other cats’ bowls. Her favorite place was the armchair, where the fluffy beauty spent most of the day. 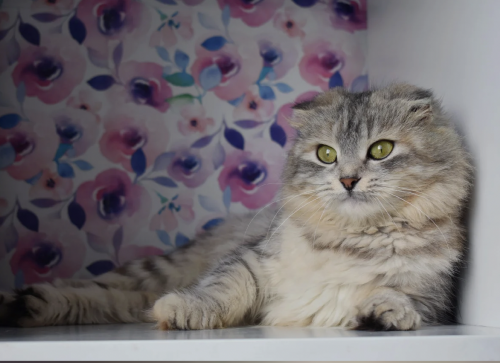 What this cute kitten must have done to be sent to live on the street is unknown. Volunteers fell in love with Adele for her gentle nature, modesty, and cleanliness. The cat is very tame and loves affection and responds to it, but she never asks for a hug and does not impose her company on people or other animals. 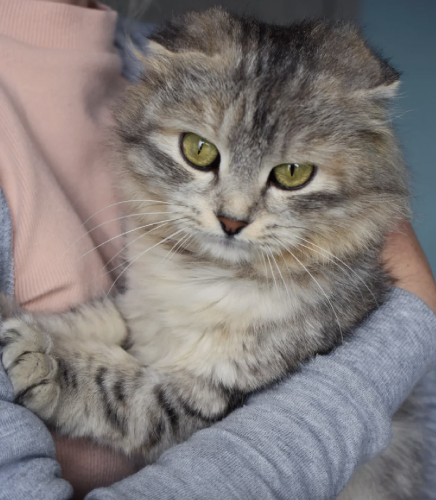 When Adele started looking for new owners, there were many applicants. She was not only beautiful from the outside but also noble from the inside. Adele found a home and a loving owner very quickly. And now the little girl began a completely different, happy life.