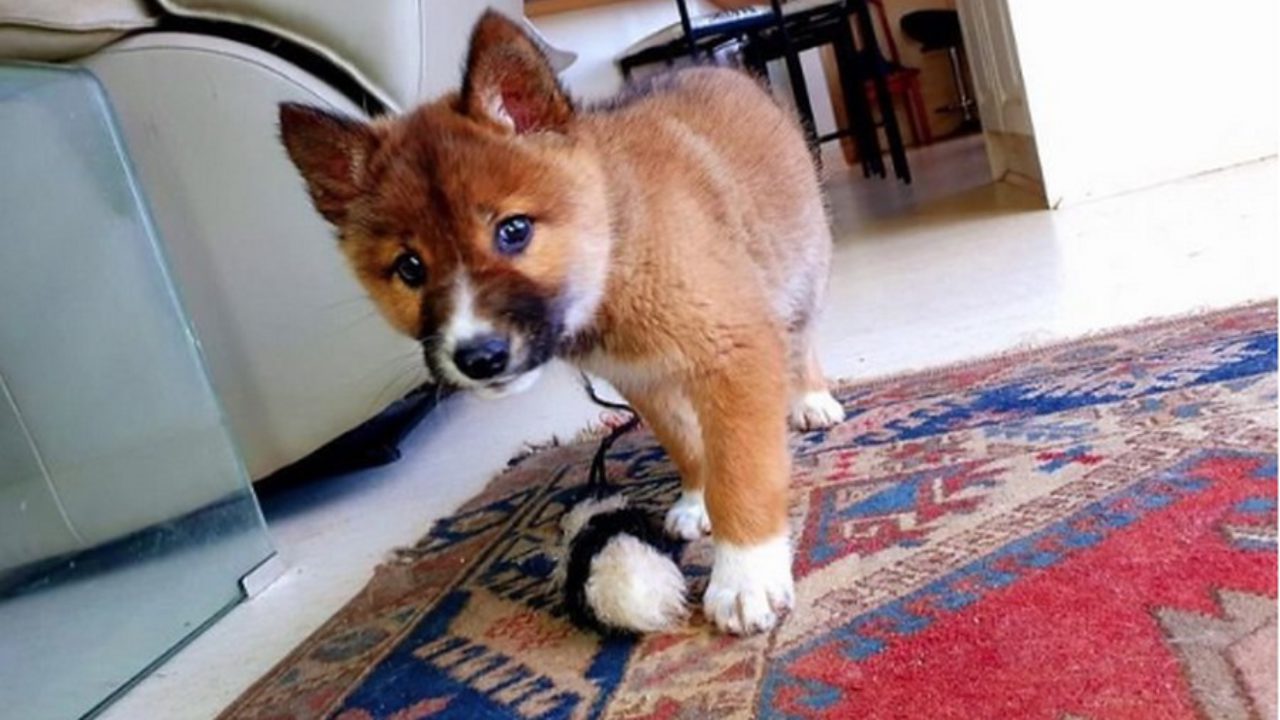 Anything is possible in Australia. A family from the small town of Wandiligong was very surprised when they heard a squeak in their backyard. There was a puppy there, which was probably dropped by one of the local large birds of prey.

And indeed, no one was looking for the baby. And because he was taken to the neighboring town of Bright to the vet.

Veterinarian Rebekah Day examined the foundling and noticed that the puppy really has characteristic markings. He had scratches on his back from the paws of a predator.

According to Rebekah, people in this area have repeatedly witnessed how birds of prey carry off lambs and small dogs.

The puppy was discovered back in August. They even managed to call him Vandy. But his appearance was not the only surprise.

The Dingo Discovery Foundation found out about Vandy and offered to do a DNA test for the puppy.

It turned out that the puppy is a purebred dingo. These Australian dogs are now on the verge of extinction due to the reduction of their habitats. And then finding a purebred puppy is a real success.