Probably, there is nothing scarier than a pack of hungry big wolves. No wonder this image is so often used in films. When you see a pack of snarling wolves, your heart starts pounding wildly.

And when you see an animal in the field of view of a wolf pack, you immediately begin to worry about this creature.
It was a snowy day. The wolves were looking for food. 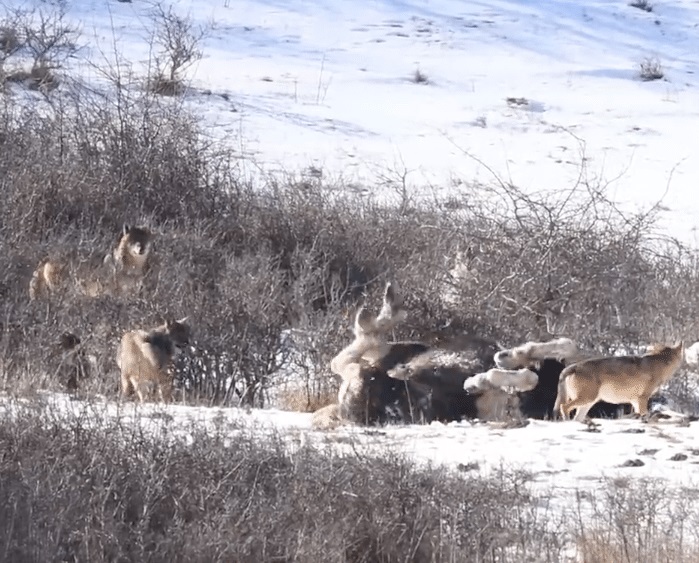 And suddenly a magnificent horse appeared. The beautiful creature began to graze on the remaining small vegetation, despite the wolves surrounding it. However, the onlookers were horrified.
These observers were sure that the horse was about to become a dinner for this pack of wolves. They were afraid of the moment when a fight would break out.

However, as the horse continued to graze, something strange happened. Instead of joining forces to attack, the wolves watched him in surprise. 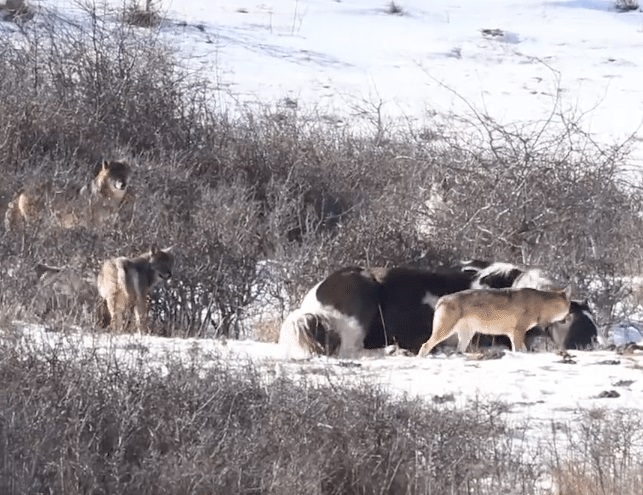 Several wolves retreated as the black and white horse headed for another piece of land.
Even the wolf, which was practically under his feet, quickly ran away. Some of the predators who were sleeping in the snow got up at the same second when the horse approached them.

The wolves seemed to be afraid that this big horse would attack them. After all, he could easily hit or trample them with his hooves. They watched and waited, trying to find the best moment to act. 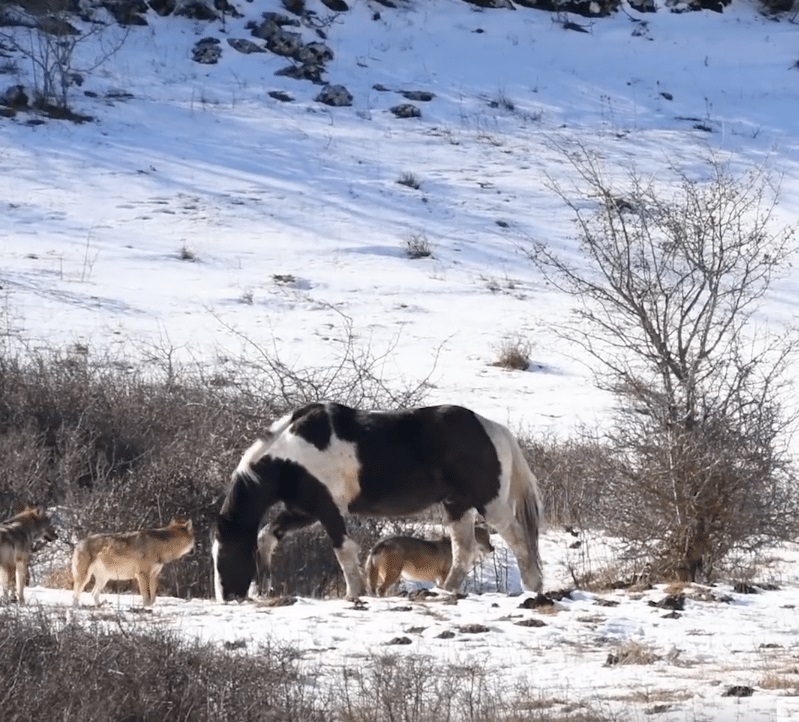 And the horse came even closer.
He slowly walked into the ranks of the wolves, who were looking on in disbelief. The horse was chewing grass all the time.He didn’t want any problems. He was only interested in food.