For two months, residents of the apartment building saw an unusual «newcomer» in their yard. Someone had thrown a black British cat into the street. Along with the animal, which had become unwanted by its owner, a cat house appeared in the yard, which the cat’s former owner had placed on the protruding part of the foundation. 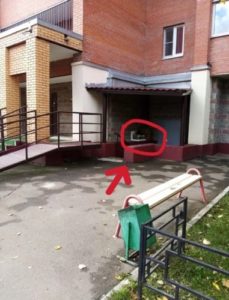 The cat was clean, with a smooth, shiny coat. He tried not to move away from the house, spent most of his time on its roof, and tried to snuggle up against the wall as tightly as possible whenever people came near him. It was clear that the cat had never been outside before, he was afraid of everything around him, but he did not run away, because he just did not understand where to run. 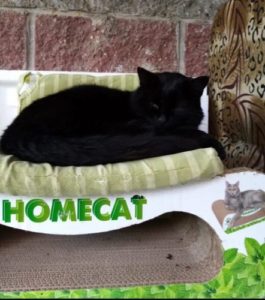 The cat had only his house left from his old life, so that’s where he spent all his time. One day the cat went out for a while and when he came back, the house was gone. Someone had stolen the last thing that reminded him of home. 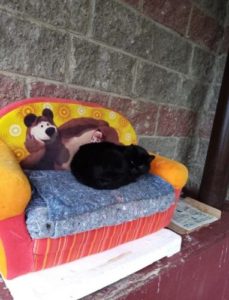 For a while, the cat slept on a brick with no bedding. Someone from the local felt sorry for the animal and brought him an old mattress, but after a while they took it away from the cat. At the third attempt, the cat still had a soft couch: someone put an old sofa for him on which he settled down. 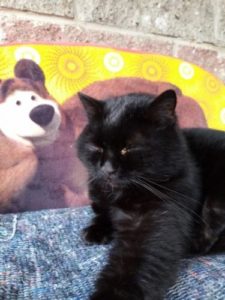 Every day the tenants of the apartment building passed by the cat, they saw that the animal was freezing, but no one wanted to even let him in the entranceway to warm himself up. It was autumn. It was getting colder outside, and Seva continued to live on the old sofa in the open air. He spent two months outside. 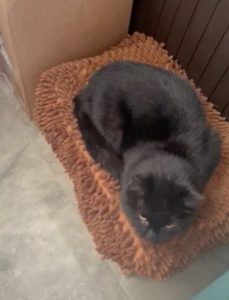 When we learned about the cat, Sveta went to pick him up. The woman was very surprised by the cat’s behavior. After all, once in her house, where there were other animals, it did not hiss and did not try to wage war for territory. The cat behaved quietly and modestly, infinitely happy to be in warmth and the simplest bed. 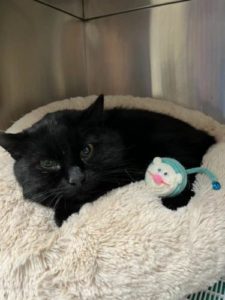 While the cat lives in the inpatient clinic. The cat is being examined, and he looks with endless gratitude at the people who gave him the opportunity to be warm and eat his fill.