The bus driver couldn’t get past the dog. The man was already finishing his shift, but something told him to slow down and open the doors for the dog.

At the end of his work day, a driver from Finland named Akim saw a dog. He noticed it near the bus stop. It looked as if the dog was waiting for a bus. 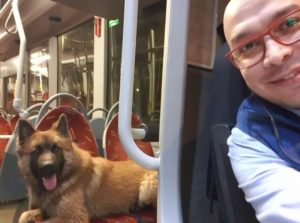 Of course, the man could have driven by, but he didn’t. The driver slowed down and opened the doors of the vehicle.

The dog got very excited. The dog immediately got on the bus. No one was inside and the animal sat down next to the driver.

“He leisurely walked around the cabin and then snuggled up next to me. I was surprised,” says Akeem.

A few stops later, the driver called the animal shelter. It turned out that the dog was lost. The owners were looking for the dog. 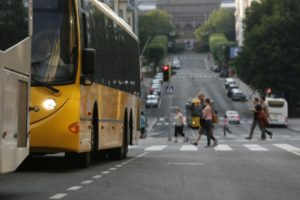