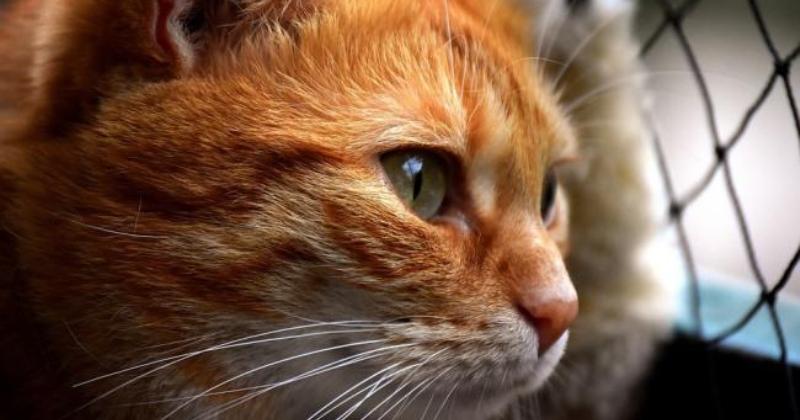 A creepy story with a happy ending happened in one of the supermarkets in South Korea. There, in the thickness of the walls, a cat was immured alive, who spent two long years in imprisonment.

Recently, a successful operation was carried out to rescue the animal. And it finally found freedom and a loving family.

The animal, it is unclear how, got into the communication channels in the walls of one of the small shopping centers and could not get out of there. The cat began to meow frantically and attracted the attention of one of the sellers.

The man decided to help the poor guy and began to examine the walls and ventilation ducts of the store. He managed to find a cat in a technical niche on the first floor near the stairs. In this place there was a removable panel for equipment maintenance.But the opening under it turned out to be too narrow for the animal to get out. Fortunately, the size of the hole was enough to push a container of water and food through it

A compassionate seller, began to take care of him, not forgetting about the cat even on weekends.

Of course, the situation was reported to the store administration and several operations were carried out to rescue the animal. But the cat was constantly moving through the channels inside the walls. And the store staff couldn’t lure him out and extract him. 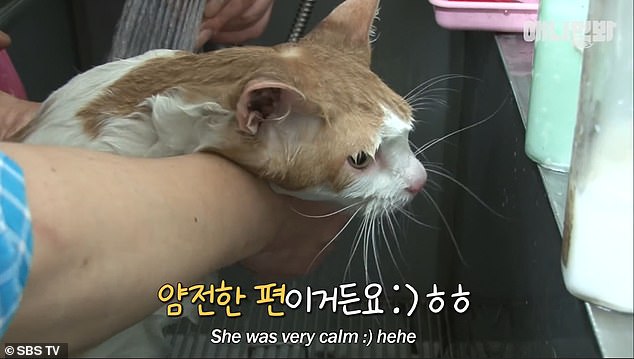 Every day the cat came to the hole for water and food, and his new friend continued to support him.

Only two years later, the owners of the supermarket still decided to deal with the release of the furry prisoner. 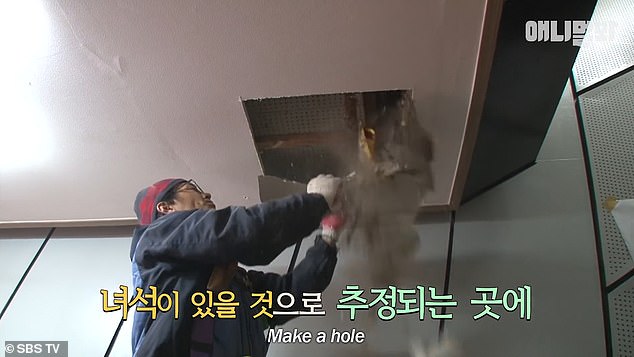 To get to the cat, the specialists had to destroy the walls and ceilings in the store for several hours, constantly checking with construction drawings and communication schemes.

Frightened by the noise, the cat huddled in a corner behind the suspended ceiling, thanks to which it was possible to catch and extract it.

The rescued animal was handed over to the seller who found it and watered and fed it daily for two years.

The man immediately took the cat to the vet to find out about his health. To everyone’s surprise, despite the hardships endured, the cat was absolutely healthy and did not need help.

The seller took the cat home and surrounded the pet with affection and attention.
The cat has completely recovered from stress and has already adapted to the new home. He and his new owner get along great and just adore each other.