This cat fell out of the window, but we don’t know if it was due to his own carelessness or if people helped him. The cat had been lying under the window of the house for several days. He had no strength to move, so he cried loudly, trying to call people for help. 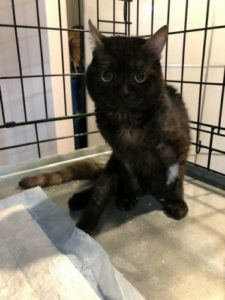 Only a few days later, people passed by who didn’t ignore the cat’s crying, but instead stepped in to help. It was clear that the cat had a spinal cord injury. But the people who found him had absolutely no idea how to help such an animal. All they could do was call me and tell me about the problem.

I had several cats with the same problem, so I know what kind of care they need. The cat obviously needed help, so I told people to bring him to me. 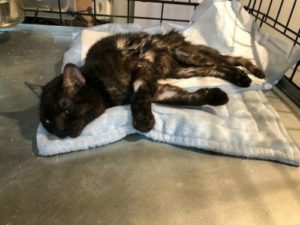 As it turned out, all these days the cat could not go to the toilet himself, this is a common problem for spinal patients, and people simply did not know that they needed to flush his urine. The first thing I did was deal with the filled bladder of the animal. 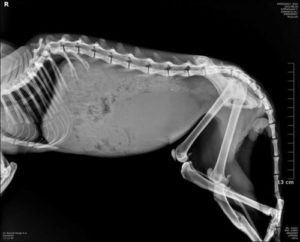 The cat had already developed sores around his tail, and his pupils were very dilated. It turned out that the cat couldn’t see anything at all. I don’t know how long he had been lying around the house. But by the time I had him, he was extremely thin. 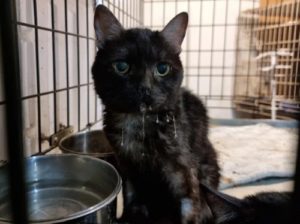 I immediately took the cat to the vet. The poor guy’s whiskers had been cut off, the X-rays showed several old fractures, as well as a fresh fracture of the spine in two places and a fractured femoral neck. We have been prescribed medication for healing. There is hope that the bones will heal. If they don’t, the cat will have to be operated on. 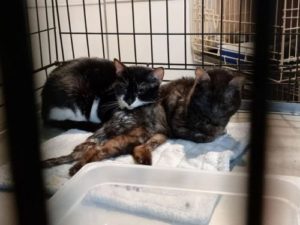 The cat is scared. He gets nervous as soon as you pick him up. However, when he realizes that he is not going to be thrown or dropped, he calms down a little. It is frightening to imagine how the cat was mocked before, if the touch of a human causes such a reaction in it.