A white cat covered in mud was running around the store and meowing loudly. People turned away and hurried to leave. After all, there was a huge bloody wound on the animal’s head, in which pus had already begun to accumulate. Nastya couldn’t just leave and in a few minutes she and the cat were already on their way to the clinic. 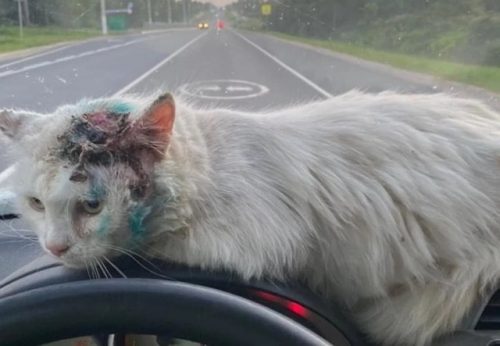 The head wound wasn’t the only problem. In addition to it, doctors found a lot of different diseases in the cat. Nastya took up the treatment of the cat, which she named Belyashik. It took almost 6 months for the animal to recover and turn into a fluffy white handsome cat. 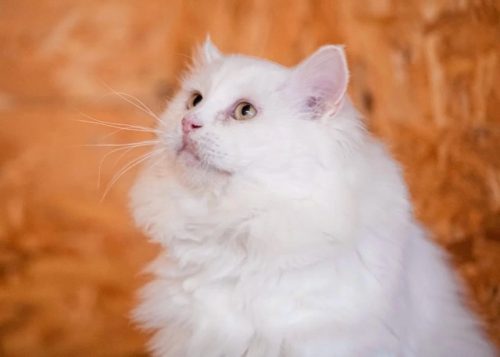 After the treatment, it took Nastya six months to find a family for Belyashik. Many advised the girl to keep the cat for herself. But despite the friendship that had developed between them, Nastya could not take another cat in any way. After all, more than 40 dogs and several dozen cats live in her house.

Belyashik is very demanding of attention, and Nastya has too many worries to fully satisfy his requests. The cat lived in a special room with other cats and could not wander around the house and jump on Nastya’s hands when he wanted to. Therefore, the girl was looking for a family for him, where he would become the only favorite. 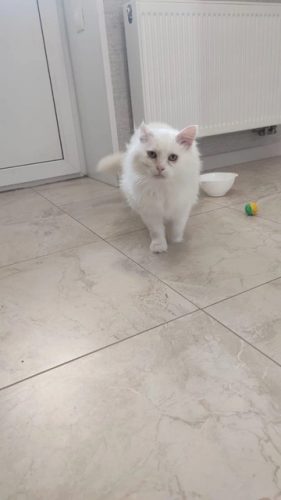 Belyashik got very used to Nastya and during his life in her house he simply blossomed, becoming a real handsome cat.