Yana always considered herself a cat person. Cats were always present in her life, and she often picked them up from the street and brought them home. Surprisingly, Yana had never even thought about getting a dog. But soon everything changed! 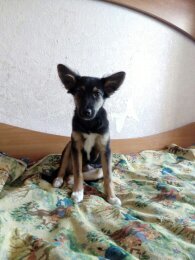 This story took place at the beginning of September. Yana’s nine-year-old daughter went to a training session, but she didn’t come back alone. It turned out that the girl found a wet and frozen puppy in the street, shivering with cold and fear. The child felt sorry for the crumb. So she took it in her arms and brought it home.

Yana looked at her daughter, who gently held the frozen animal to her chest, and realized that now they would have a doggie to live in their home. 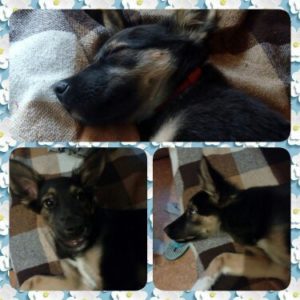 The girl did not even expect to adopt the puppy because she did not initially believe in the success of this endeavor. She was worried that the puppy might be put back on the street, and she did not want that fate for him.

Now the doggie is called Mukhtar and is adored by the whole family. Yana has never once regretted the fact that she took the puppy in. After all, the dog became everyone’s favorite and a sunshine in the house. 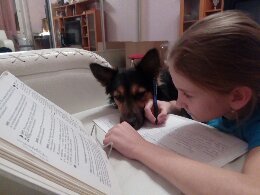 Laughing, Muhtar’s owner says he walks them three times a day, not them at all. Who would have thought a little street puppy would be so lucky? Thanks to the girl for not passing the little guy on the street!