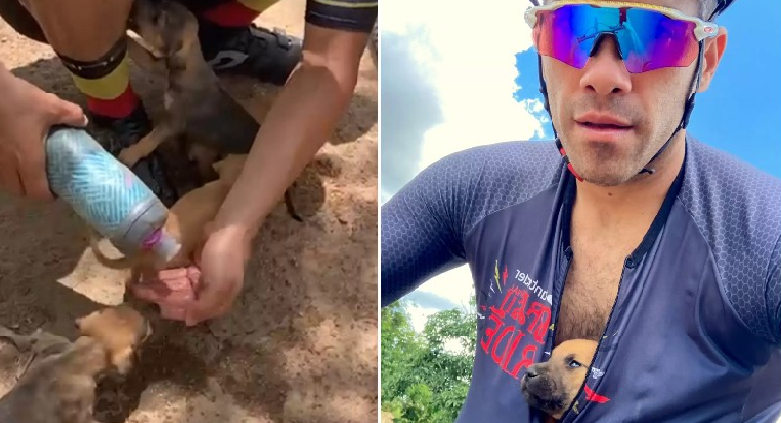 During a bike ride, a Brazilian resident by the name of Tiago Costa Silva noticed several puppies by the road. The kids were in a small pit, which, as it seemed to the cyclist, someone made intentionally.The man carefully pulled each puppy out of the pit. 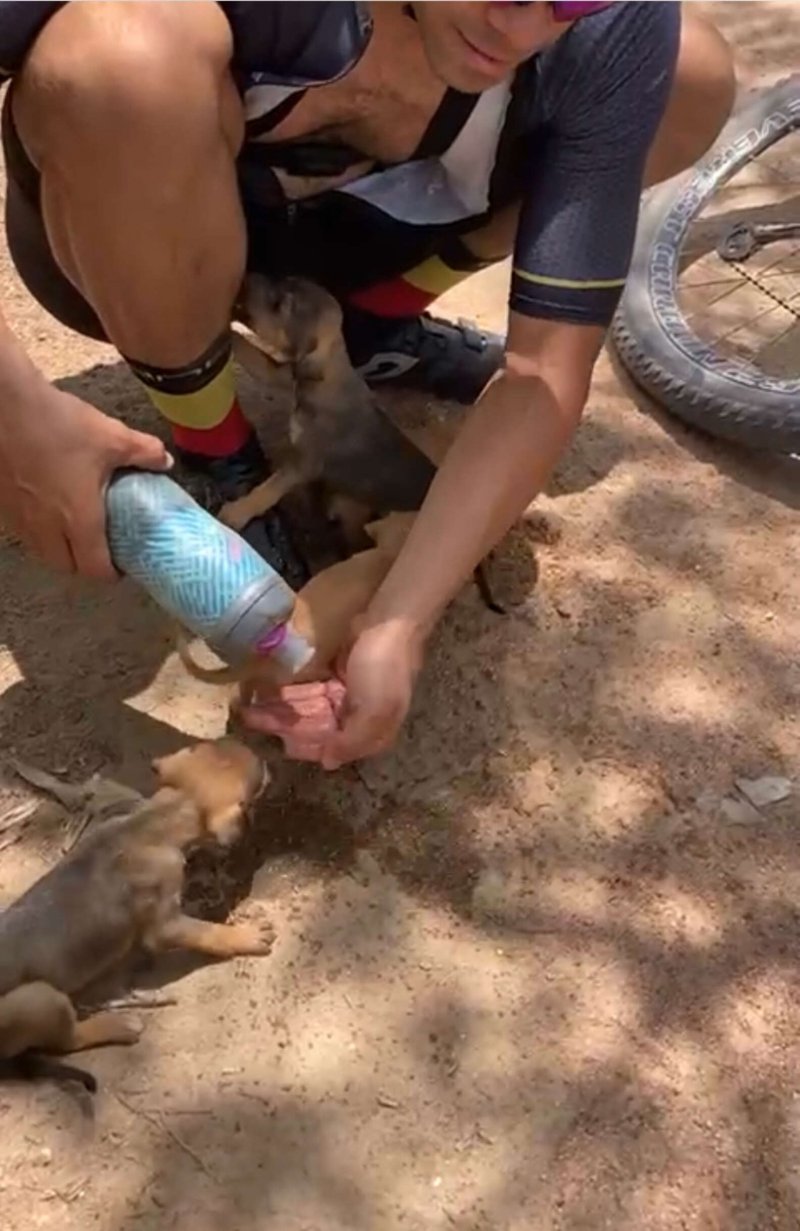 Now the four puppies were safe, because the cyclist did not leave them in trouble. He and a friend gave the puppies bottled water. The kids drank water greedily.

“They were extremely dehydrated and thirsty. They just wanted to survive,” the man said. 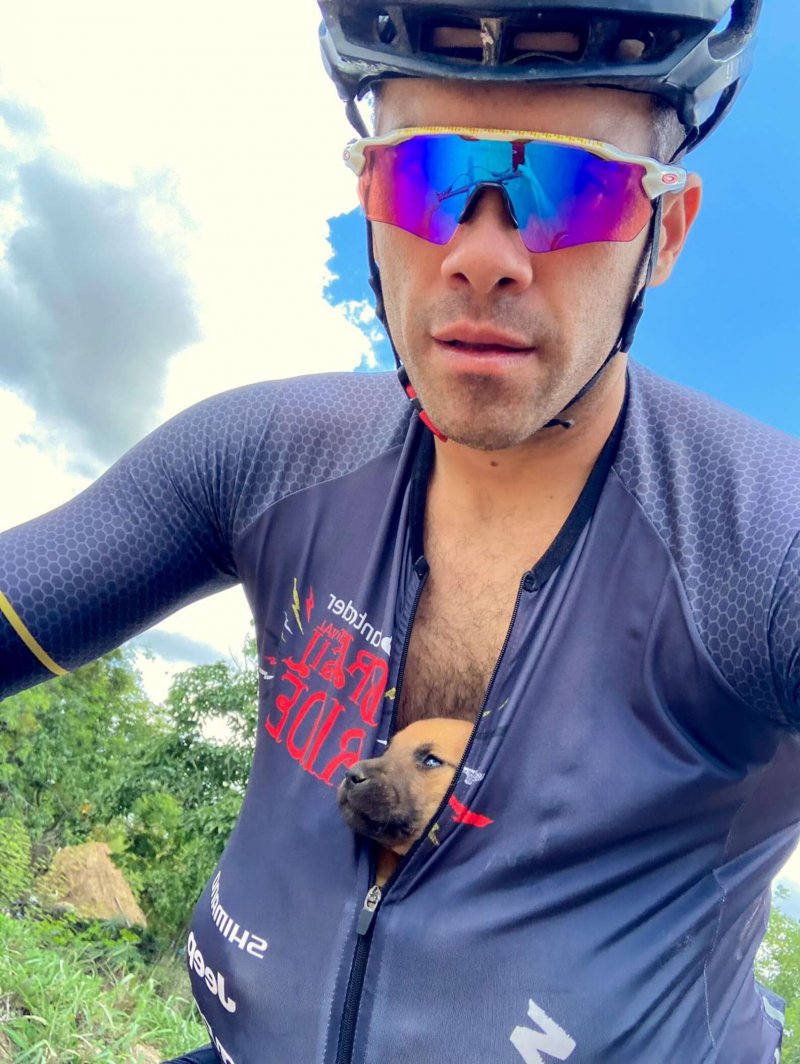 The man had no place to transport the babies. But he put them in his bicycle suit, and drove them that way. After that, Tiago took the puppies to himself, and began to take care of them. When the puppies recovered, he posted their photos and stories on social networks. 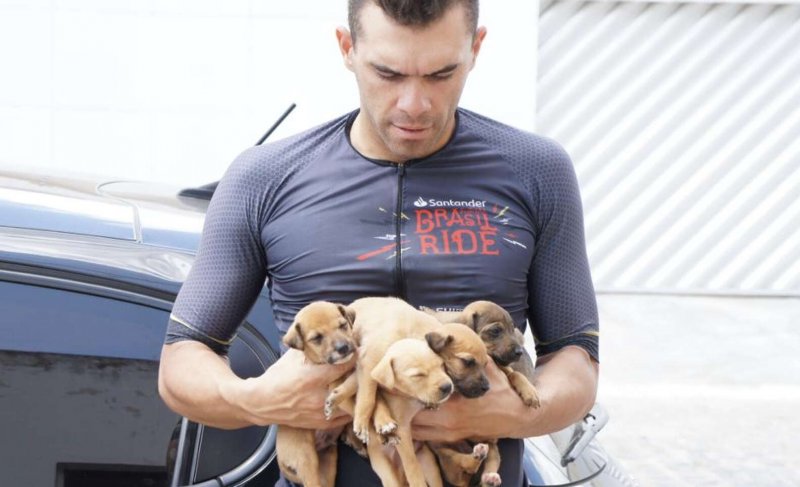 So he found owners for each puppy pretty quickly. Now they all live in warm houses, and are surrounded by care. Thanks to the caring man who did not pass by these kids! 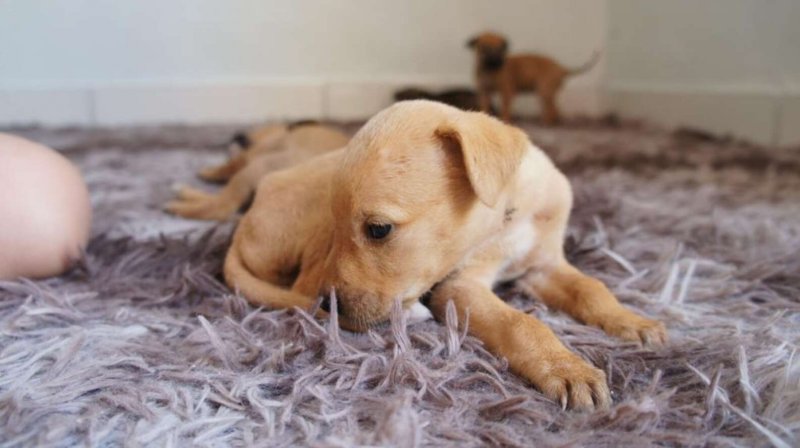