Nick and Emily went on a trip to Montana. To relax and enjoy the beautiful scenery of the state, they took their car on the road.

Noticing they were about to run out of gas, the couple stopped at a gas station to fill up the tank. Nick barely had time to stop the car when he noticed a dog just jump out in front of it. 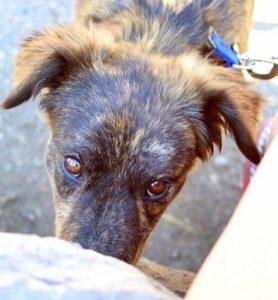 The animal was homeless, looking pleadingly into people’s eyes, as if trying to ask for help. It was clear that the dog lived on the street, its hair was dirty, bunched up in tangles, in which thorns and dry grass were stuck.

There was a woman at the gas station who, upon noticing the travelers, asked them to pick up her dog. The woman said that the animal often came here because it had no home and no owners. 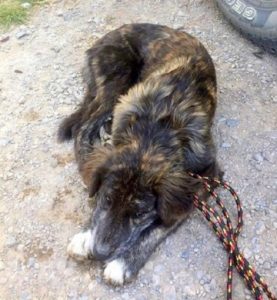 Emily and Nick decided to take the animal. They planned to take care of her for the rest of their journey and then give the dog to a shelter. They named the girl Montana, after the state where they found her.

Near the end of their journey, the couple realized they would have to change their plans. People had grown so fond of the dog that they couldn’t imagine giving her to a shelter. After the adventure ended, Montana went with her owners to her new home. 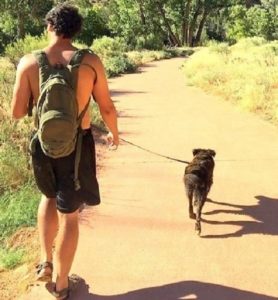 Nick and Emily say Montana has changed a lot in their lives, making it brighter and more fulfilling, although worries have also been added. 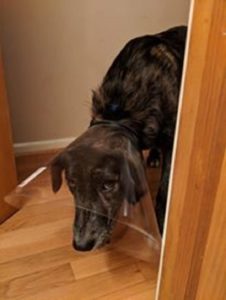 The dog had stepped on something sharp during a walk and cut her paw, requiring veterinary care and treatment to prevent an infection from developing. According to the dog’s owners, the hardest part was getting her to wear a cone, which she didn’t like. 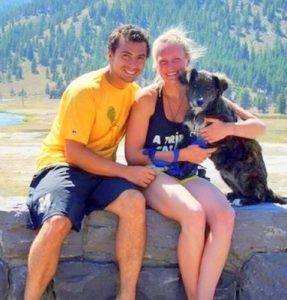 Thanks to timely treatment, Montana quickly recovered. Only a happy coincidence allowed the people and the dog to reunite, and that meeting radically changed their lives.