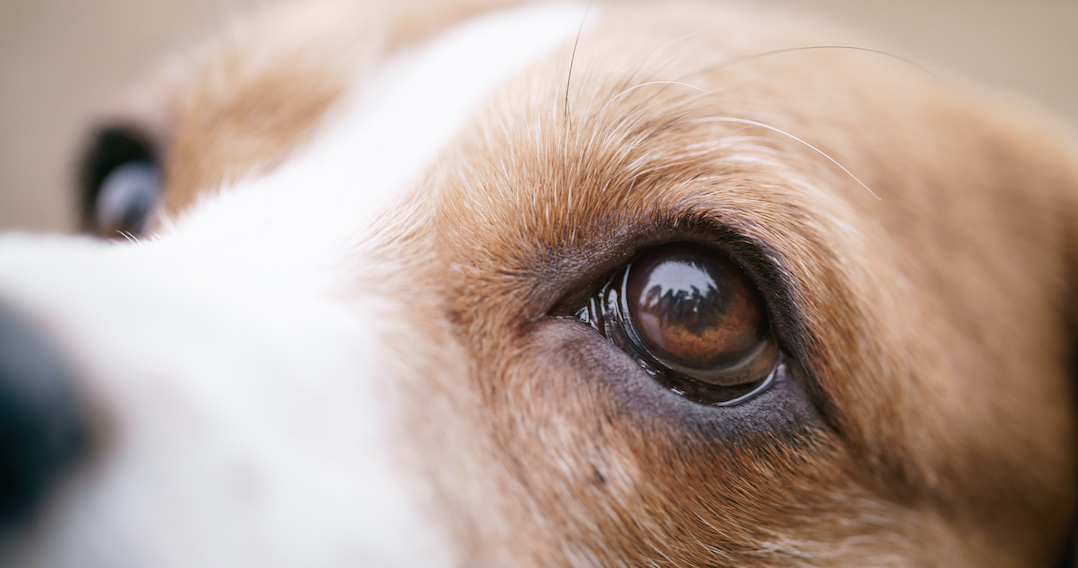 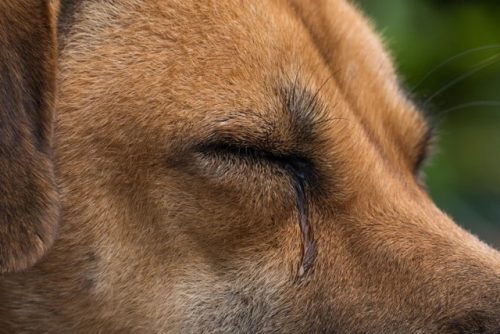 The wreckage collapsed on the babies, but the mother was not hurt. The mutt ran into a crowded place and began whining pitifully, begging passersby to help her children. The doggie led several people to the scene. She knew her babies were still alive and could be helped. 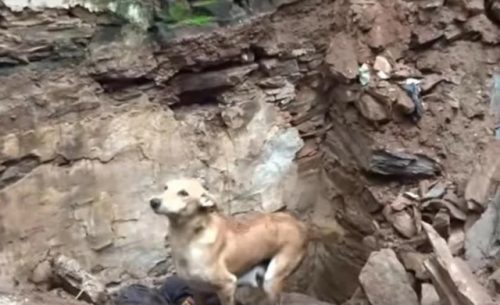 The men raked through the wreckage and pulled out the two babies. The puppies were still blind. The mother heroine also took part in the rescue operation. She actively raked the ground with her paws. 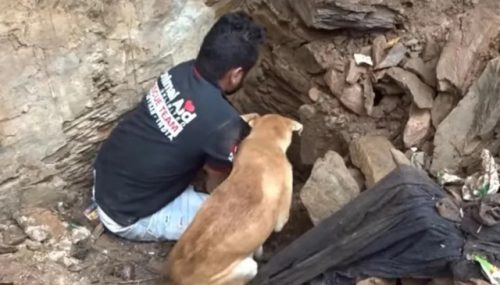 The people who helped didn’t give up on the dog. 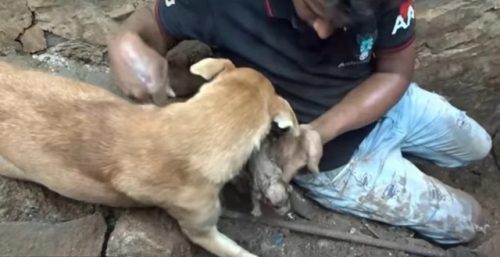 They fed her and put her to bed in a safe place, where she fell asleep with her children.

Her eyes were full of gratitude and happiness.