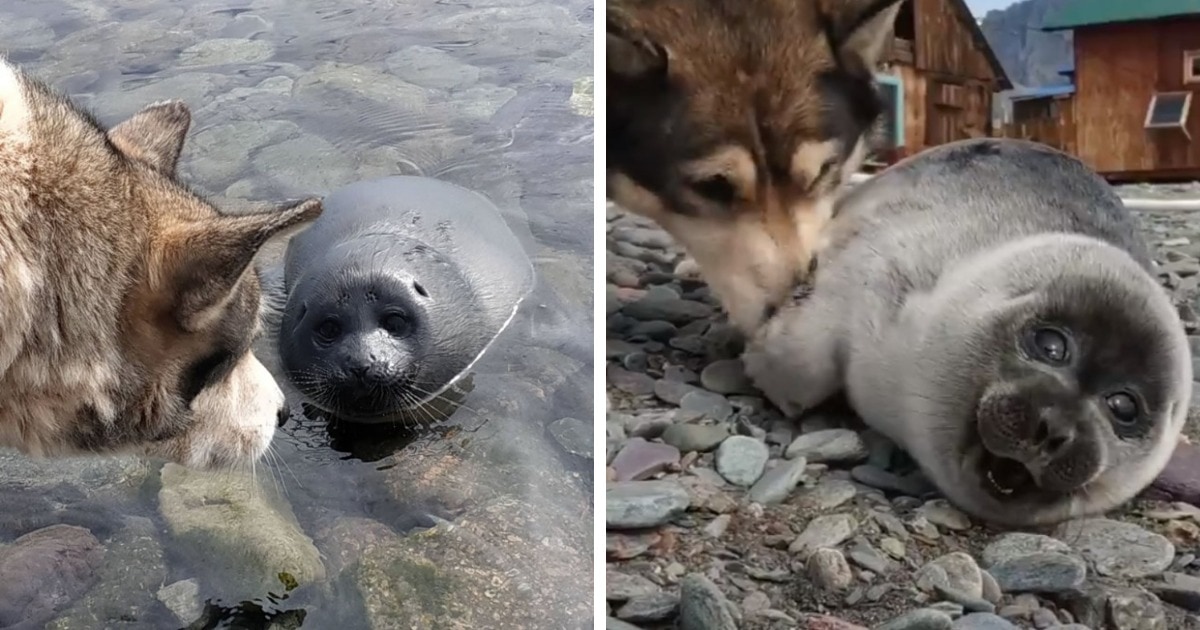 Not only people can save animals in trouble, but also other animals that treat the victims as their friends.

So on Lake Baikal, a dog helped save a baby seal, mistaking him for a puppy.A family of meteorologists  found a seal on the shore, which was practically not moving. He was taken to the station, where a husky named Nika joined the help. Most likely, the dog mistook the baby for a puppy, because she began to lick him and take care of him. After that, the seal woke up and opened his eyes!

Natalia and Sergey then gave the baby sliced fish, from the smell of which he finally came to his senses. But seals eat in the water. Therefore, for a full meal, the foundling was launched into an ordinary bath filled with water. At the same time, Nika did not leave her ward anywhere. The seal spent the night in the bathroom. And in the morning he got out of it on his own, and Nick immediately began to lick him. During the day, the seal was laid to bask on the rocks, and then sent back to the bathroom for feeding. In the evening, the family attempted to return the seal to the lake. And he even sailed half a kilometer away, but came back.

The seal at first did not want to leave the family. When on the third day the seal was brought back to the shore, he swam away completely. “He didn’t want to go anywhere, even though he was free. I even gave him a little push to swim, because he likes it so much. The seal swam, surfacing not so often, and soon disappeared from sight. He has not returned to us…”

Nika was sad, but soon found herself new charges – domestic goats, which she now looks after. And you can be sure that she will not hurt them.