Today our story proves that if you want something, nothing can stop you from reaching your goal.

Meet an eight-year-old pit bull named Mel. You can see from these pictures that Mel is in a wheelchair because of a neurological condition. Tom Dilworth went to the shelter to adopt a dog. 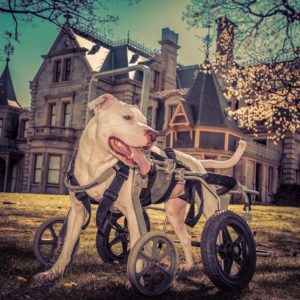 He saw Mel and realized that he would be the one traveling with him. The dog loves to travel and even his wheelchair doesn’t stop him from doing so. When Tom took Mel from the shelter, the dog was walking and was not in a wheelchair. 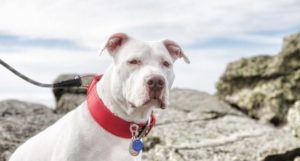 But then, when Tom took him to the vet, it turned out that he was suffering from a neurological disease. He is now unable to walk without a wheelchair. However, that doesn’t stop him from traveling around the world with Tom.

Mel loves to travel, and he also loves to take pictures of beautiful views. This story proves that even if you are in a difficult situation, there are always opportunities to reach your goal. 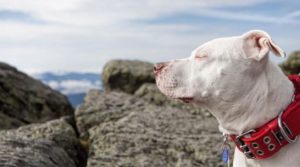 A prime example of this is Mel, who despite not walking, is still travels around the world and recognizes new beauties. Thanks to Mel’s owner for caring for this beautiful creature