In American Idaho Springs, Colorado, a two-year-old dog named Lady died heroically while protecting four children from a cougar in the backyard.

At the time of the accident, the dog owner and mother of the children, Virginia Havens, 37, was cooking dinner in the kitchen. The father, Daniel, was cleaning the car at the time. The children, ages 4, 7, 8 and 11, were playing in the backyard where the wild animal had snuck in. 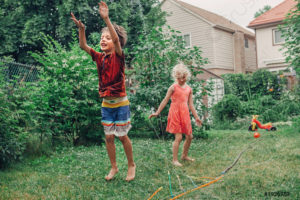 Suddenly Lady began barking and whimpering furiously. The woman was frightened and ran to the backyard, where their little pet was heroically battling a six-foot puma, giving the children and Daniel a chance to run home. Virginia wanted to help Lady, but was afraid to go outside. So she started throwing roller skates at the wild animal from the second-floor window. 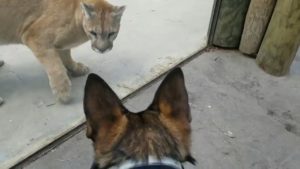 The disturbed family immediately called the rescue team, who arrived within five minutes and fired non-lethal bullets at the cougar.Two shots hit the cougar. The animal was frightened and ran away, and the dog was seriously wounded. 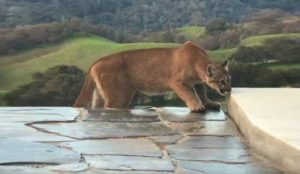 The dog was seriously injured.

«She was bleeding, and her skull was fractured. When she got closer, I saw that her right eye was bulging out and that she was having trouble breathing,» Havens says.

The family wrapped the dog in a towel and went to the vet. Doctors assessed the dog’s prospects of recovery as unlikely, and the family had to put Lady to sleep.

LIFE STORIES 0 6 views
Twins have always been of particular interest to science. After all, on two, and

The owners left the dog tied to a bus stop. But he managed to find a beloved owner and a new home
People have different attitudes toward animals. For some, they are just another toy that
ANIMALS 0 103

A homeless kitten was caught in a heavy downpour and didn’t know where to go: the owner’s dog helped him out
Monica took her dog, Hazel, for a walk. But suddenly it rained heavily, and
ANIMALS 0 92