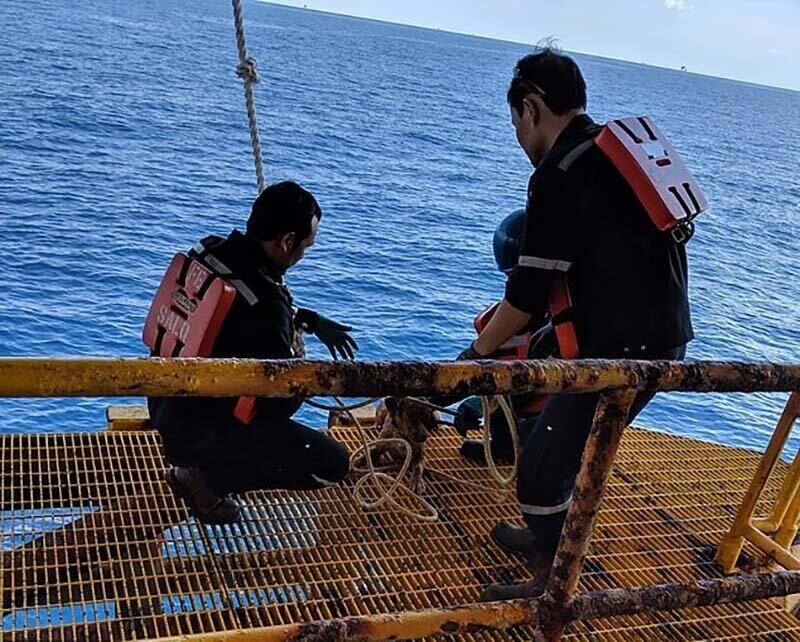 Oil rig workers noticed a dog floating on the sea. They began to call the exhausted animal to them. Swimming up to them, the poor dog hid among the pipes of a metal structure. 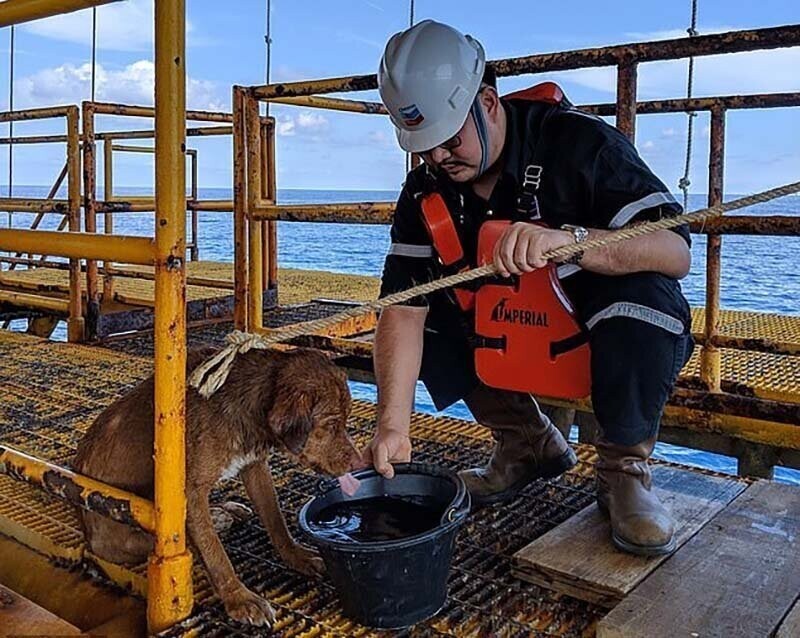 Then the workers used a rope to pull the dog to safety. The dog stayed on the drilling platform for two nights while a special cage was created for her. All this time, the staff gave her food and water.

Eventually, the animal was moved with the help of a crane to an oil vessel passing nearby. After that, it was taken to a veterinary clinic, where doctors were able to examine it. 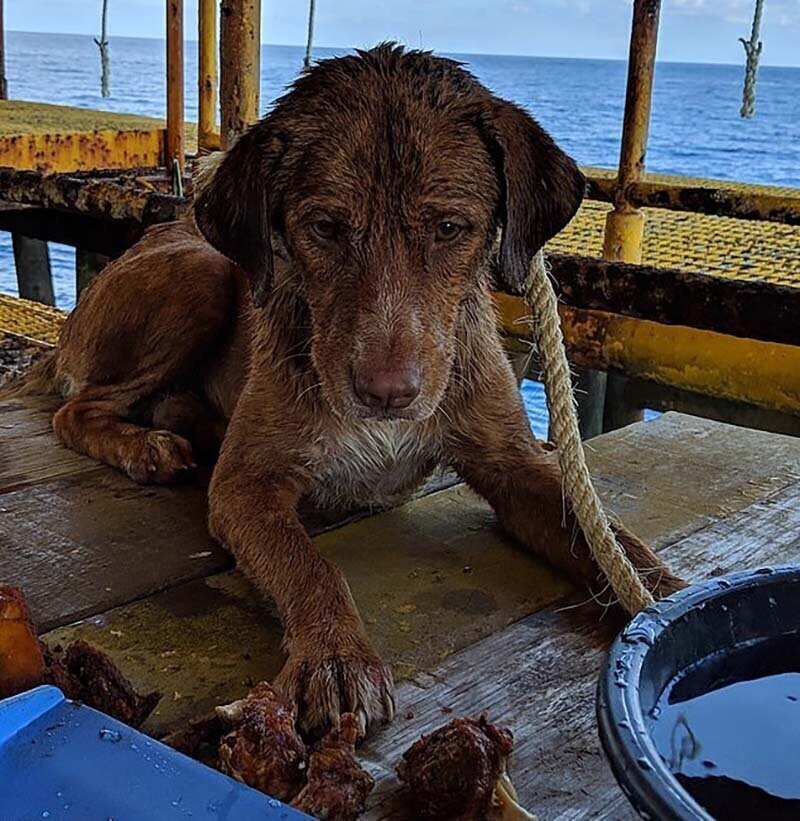 Oil rig worker Khon Vitisak, who took part in the rescue of the creature, said that he did not know how the dog ended up in the sea. But he doesn’t mind keeping it for himself if the owner of the animal doesn’t show up soon. 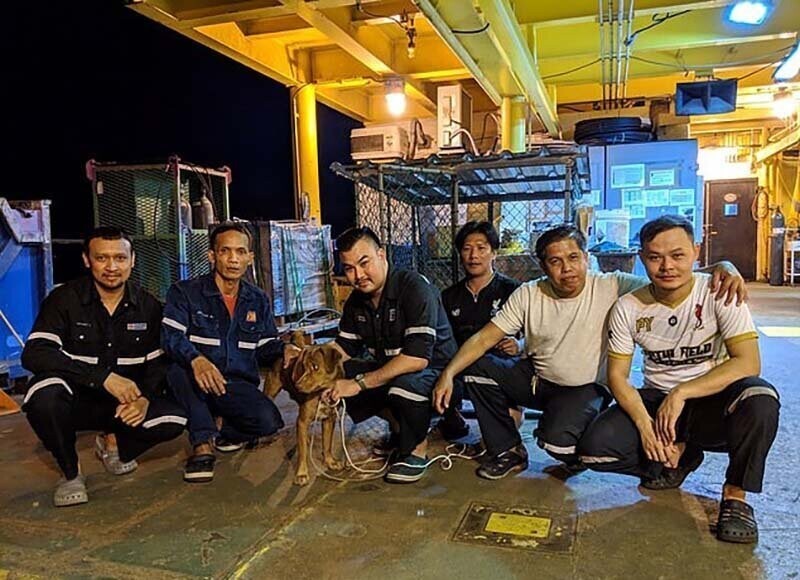 “We found that she was trying to swim up to our installation, which is 135 miles from shore. Fortunately, the sea was quiet, as there was no strong wind,” says Vitisak. —We noticed her small head, but if the waves had been bigger, I think we probably wouldn’t have been able to see her.” 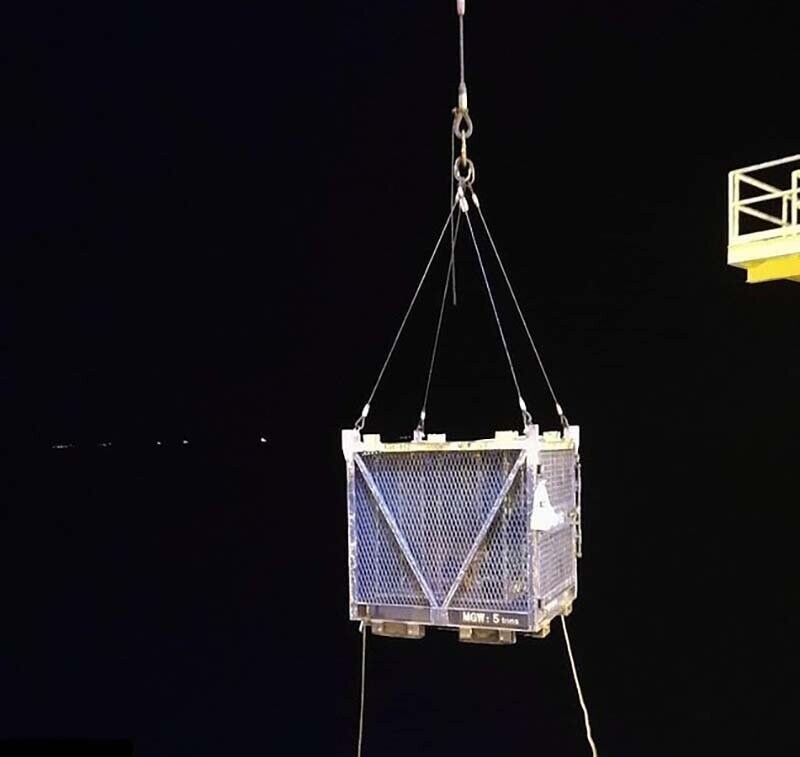 Animal rescue volunteers who are currently caring for the dog do not know if it has an owner or if it is homeless. They don’t know if she swam to the tower herself or was on a boat, from where she then jumped off.

“The boat with the dog arrived at 10 a.m. and she was in a good mood. We took her to the vet to have her checked out. As a result, she turned out to be healthy—” the volunteers said. “Everyone who took part in the rescue operation did a brilliant job.” 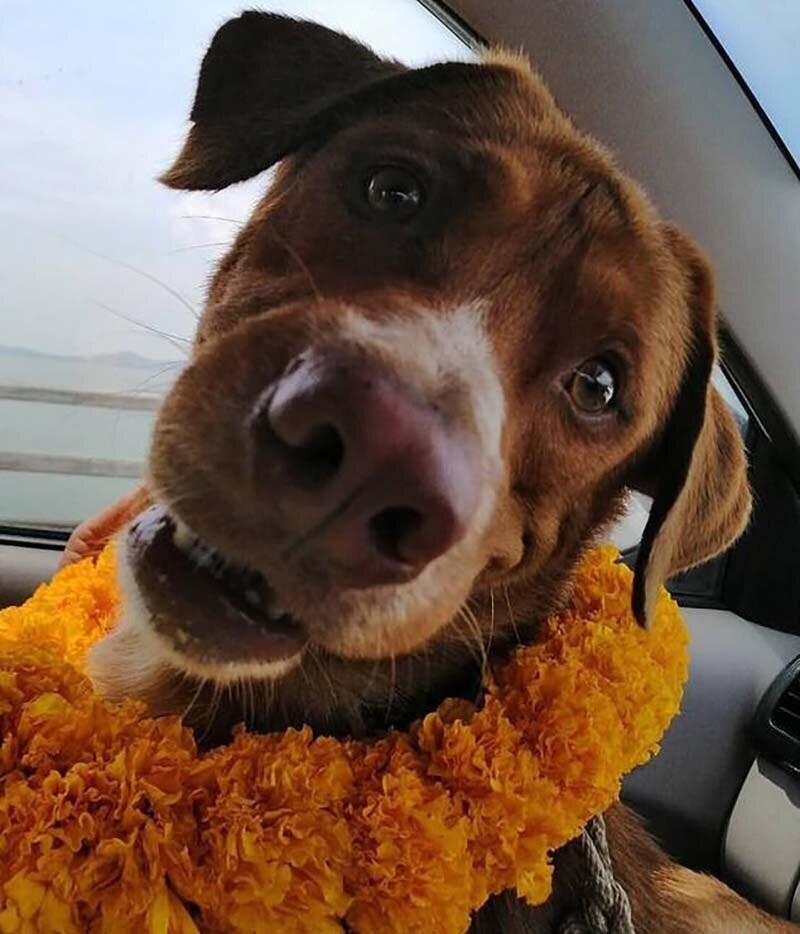