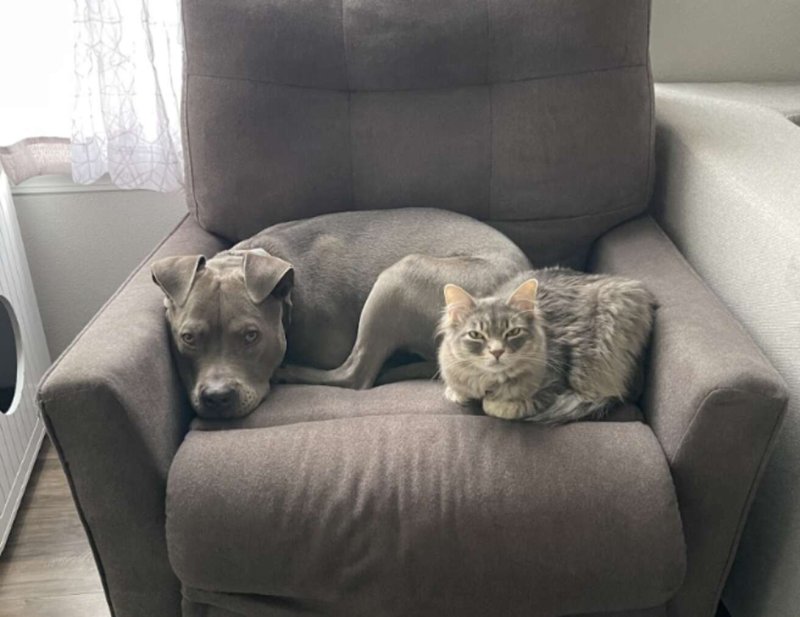 A friendship between animals always amazes us! And especially the friendship of furry creatures who are supposedly incompatible according to stereotypes. But even a cat and a dog can become the best of friends, and grow soul to soul together. Such is the case with our characters.

A female pit bull called Willow lives happily with her owners in the USA. She has a best friend who is a cat. Although such a friendship is atypical between cats and dogs, these little ones grew up together and upend all stereotypes. In Willow’s opinion, she and a cat named Percy are exactly the same. 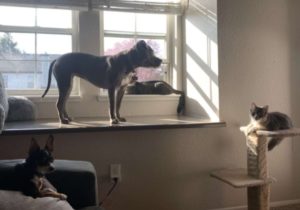 The couple does everything together, from eating together to running around the house. During her time with the cat, Willow has come to think of herself as a cat. She even occasionally climbs her friend’s cat tree to be close to him. The owners adore their furry friend — and are only too happy to have such a strong friendship between them. 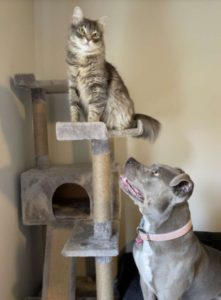 The family rescued Willow from the shelter in 2020 when she was just nine weeks old. A little later they welcomed Percy, a cat, into the family as well. They also have two cats and a Chihuahua, but only Willow and Percy share a strong friendship. They get on well with other animals but spend more time in each other’s company. 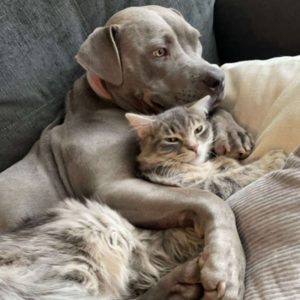 «A week after we got Willow, we started noticing that she was adopting some cat habits. She was jumping on the windowsill and on the cat tree. She was a bit afraid at first and we had to help her down, but soon she began to jump up and down on her own without any problem,» said the owner. That’s how the pit bull, who grew up around cats, also became a bit of a ‘cat’. 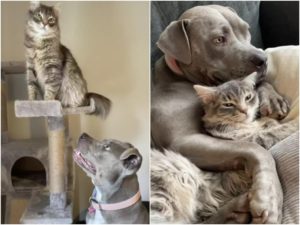