Dolphins are smart guys, everyone knows that. But have you heard that they sometimes miss people? Our hero today from the Barnacles Dolphin Centre in Australia missed people during their quarantine, so much so that when they returned he began to present them with valuable objects lifted from the bottom of the ocean. The dolphin’s name is Mystique. 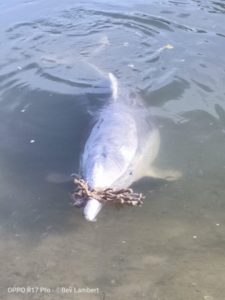 He drags things from the bottom of the ocean to present to them! The dolphin holds the things in his mouth or on his nose, then tosses them toward the people. They say to him, “No, too far away, bring it here,” and he picks up the object again and brings it a little closer. 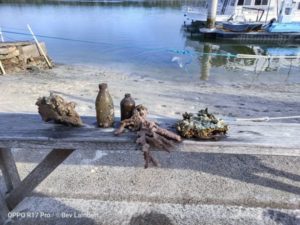 Yes, there’s no real treasure, but it’s the gesture that counts! Especially since these bottles haven’t been thoroughly examined yet. Who knows when they’ve been at the bottom of the ocean? And seashells and corals would look much better if they were slightly cleaned.

In return, the generous 29-year-old dolphin received a tasty treat 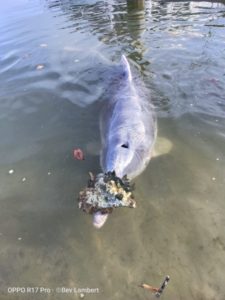 Surprisingly, no one taught Mystique this trick. He figured out on his own that people would like it.

Less than a week has passed since this ritual began. 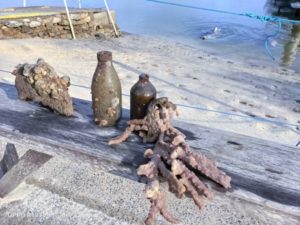 Maybe Mystique will bring more and more valuable stuff over time, and this is all just a warm-up?