A little foal got into trouble by getting stuck in a mud pit. But a kind family saved the baby’s life. Jordan Camilla and his wife Candice were at their ranch in British Columbia, Canada, when they noticed a herd of wild horses behaving very unusually. But soon they realized that one of the foals was in danger. They rushed to his aid and even managed to capture it on camera. 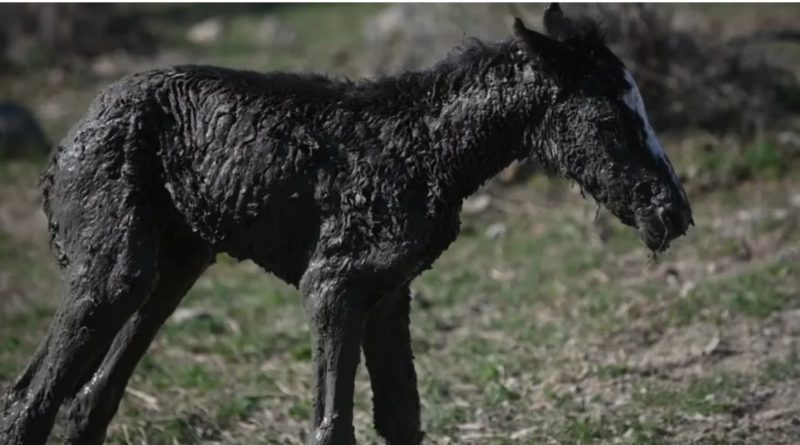 Wild horses are a common thing for this family. These majestic animals often go to water on their territory. But they have never had the opportunity to get to know horses intimately, as they avoid human presence. However, something strange happened this time.

Jordan was inspecting the fences when he noticed that some horses, in particular the mare, were behaving strangely. But he soon realized the reason! 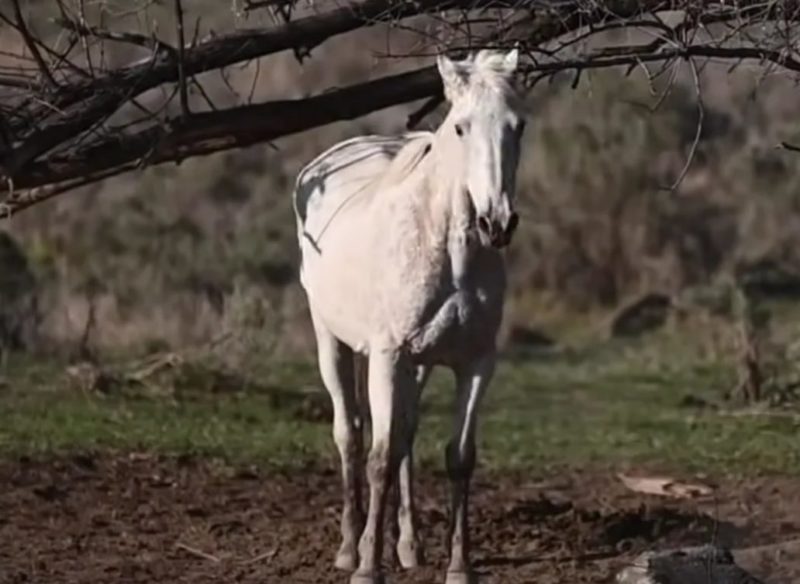 “They usually run away,” Jordan’s wife Candice shared. “You can’t make friends with these animals. But this time that mare kept coming towards us. We rounded the ravine and it was there that we noticed a foal stuck at the bottom of the ravine in a mud pit.” 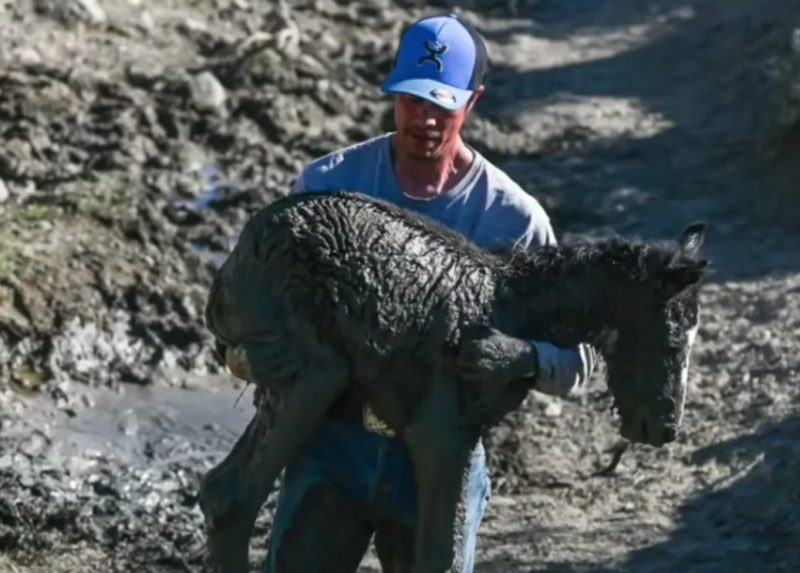 The couple knew that by joining forces, they would be able to save the poor foal. But they both knew it was going to be a pretty difficult rescue. While Jordan struggled to pull the foal out of the mud, his wife drove away the worried mother. The horse was deeply stuck in the mud, and it took the rancher almost an hour of effort to finally pull it out. But as a result, they managed to save the foal. 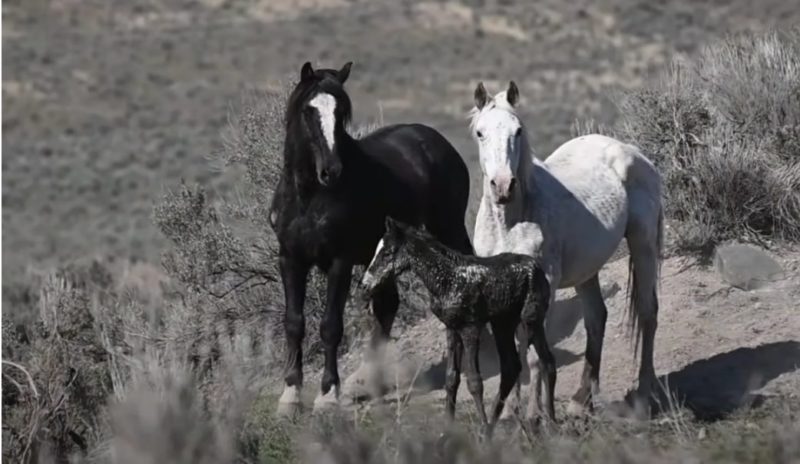 Although this family had faced helpless foals many times before, this was the first time they had to intervene. Fortunately, thanks to their kindness, the mother and her frightened foal were soon reunited!