The loss of a dog is a terrible moment for any family. If a pet runs away, owners will undoubtedly worry about where their pet is, who he’s with, how he’s doing, whether he’s hungry, etc. It’s even harder to come to terms with the loss and accept a new pet. One Florida family who shares similar feelings decided on a small kitten they planned to get at a PetSmart event.

Their dog was lost in August 2019. For a long time, they had not given up trying to find their pet. However, in conjunction with that, they began thinking about getting a kitten from a shelter. While they were standing in line to look at animals, the father of the family noticed a dog being led for a walk. And this dog looked just like their once-lost pet. 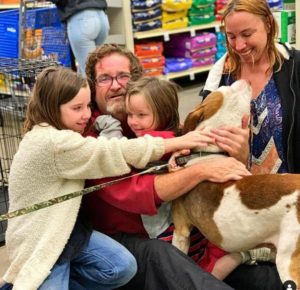 “It’s Dopey!” – shrieked his father in the store. The dog heard his owner’s voice, as well as his name, and immediately perked up. He ran toward his father and saw his entire former family. Both the dog and the family were absolutely delighted. 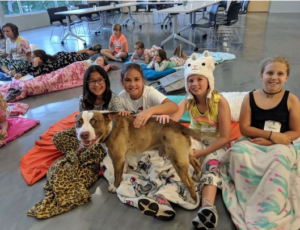 Dopey was brought to the shelter by someone who found him on October 1st and thought he was a street dog. Through a chain of fortuitous events, Dopey returned to his family unharmed. 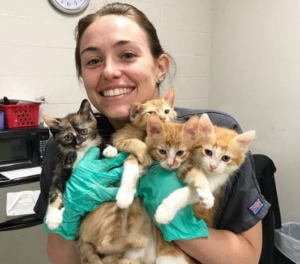 A similar family and pet recovery also happened the other day. Shelter show organizers found several kittens on the street and checked to see if anyone had a microchip before they were spayed. As it turned out, one kitten had one. 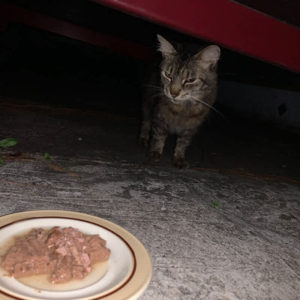 The man who found the kitten posted a photo of it along with the story on Facebook. He explained the situation, hoping that the kitten’s owner would respond. And so it happened: a few moments later, the owner came running for the lost pet. This and other stories prove that it’s never too late to find a runaway pet. Better yet, use a special microchip to help find your pet if lost.