The priority of the fire department is first of all to save people who are in the building where the fire is happening. And then to extinguish the fire to avoid further spreading. But a lot of people in America have pets and rescuing pets is a priority. 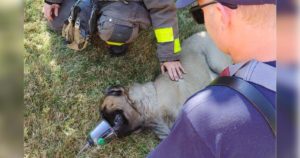 That’s why we often hear heroic stories of firefighters rescuing animals from fires. And this story is no exception. In late September, the Des Moines, Iowa fire department received a fire alarm that went off at an apartment building. 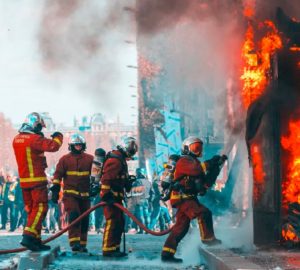 Firefighters arrived on the scene immediately. There were no people in the house. But a firefighter named Malcolm Kortner spotted the dog inside. He immediately helped him out of there. As it turned out later, the dog was in serious trouble and would likely need a lot of money for treatment. 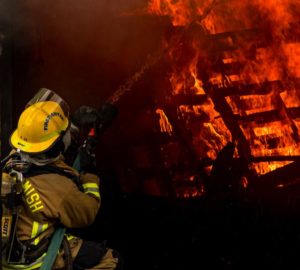 When the dog’s owners found out about it, they decided to put it to sleep because they didn’t have enough money to treat it. Malcolm didn’t like that. He decided to adopt the dog, gave him a new name, George, and paid for his treatment. Now the dog is completely healthy and living a full life with his rescuer.