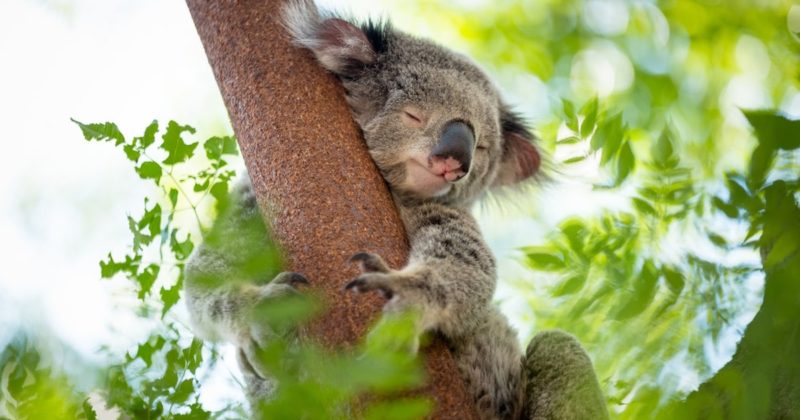 Koalas are charming animals that spend most of the day on eucalyptus trees.

But when a heatwave hit Australia in January, even koalas needed more water. During this time, the temperature rose to more than 100 degrees Fahrenheit. Wild animals were desperately trying to get rid of the heat.

Anna Heusler said that she and several other friends were riding bicycles in the hills near the city of Adelaide, South Australia. And suddenly on the road they met a eucalyptus bear.

“Of course, we stopped because we wanted to remove the bear from the track,” she explained. “I stopped the bike and the bear came right up to me, at a pretty high speed for a koala,” Anna said.

The girl took all the bottles they had and the koala greedily began to drink from them. He was so thirsty that the forest dweller was not even afraid to get on her bike. “We have seen more than one koala over the years. But we have never seen them behave in this way. This is the best thing that happened to me while cycling,” Anna admitted

The koala, which, fortunately, was not affected by the wildfires raging in Australia, was safely escorted to the nearest trees.