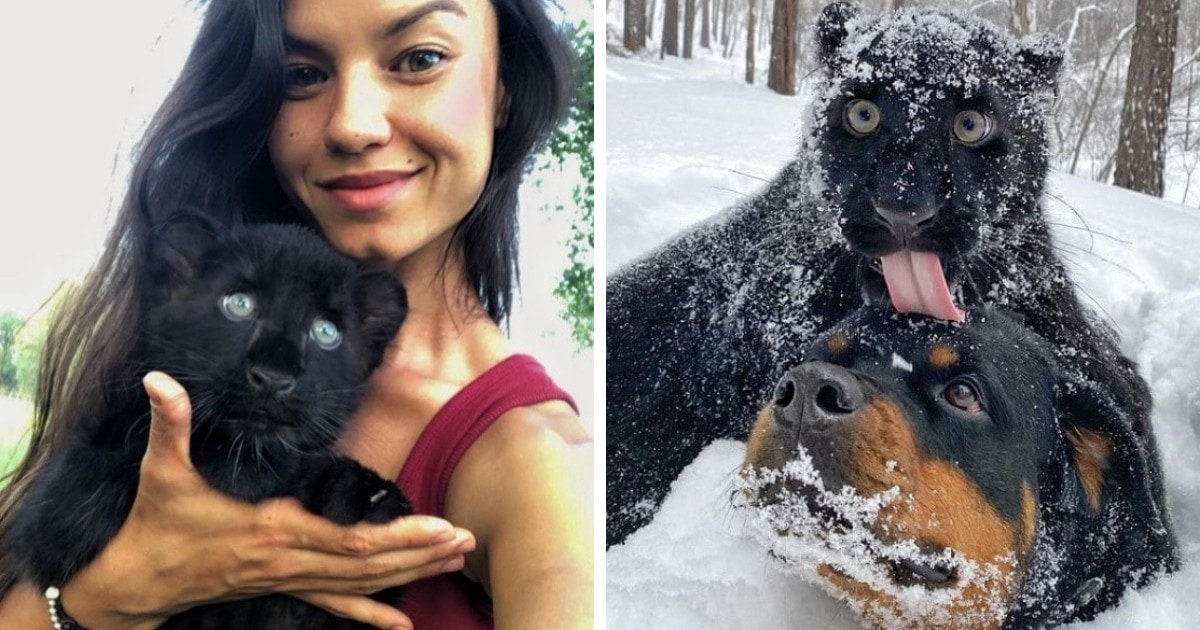 A panther named Luna was rescued from a mobile Siberian zoo when her mother refused to feed the baby on the seventh day after birth. The zoo did not have the means to take care of the newborn predator, and they contacted the current owner of the Luna. The girl is a specialist in the care of wild cats. And she agreed to take the cub. 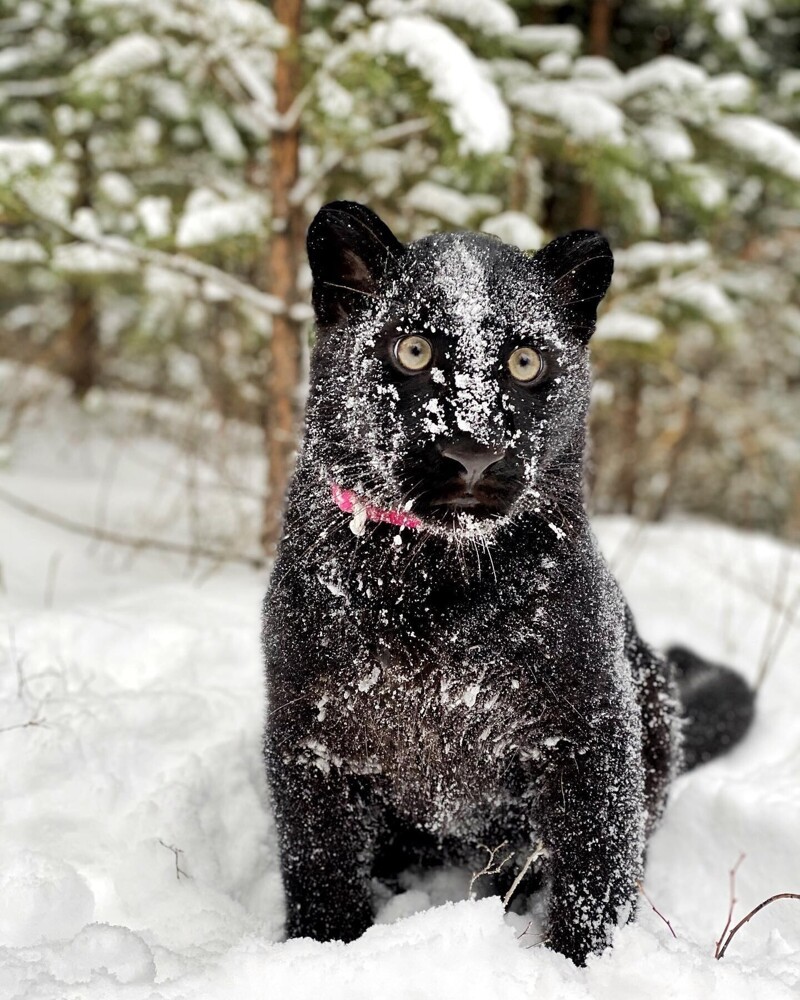 ” I was asked to take care of the kitten, as I already have experience. And geographically I am closest to the zoo,” writes the owner of Luna.

Later, the girl bought the panther, as the zoo management planned to sell it not in the best conditions. Since then, Luna has been living in a house in Siberia with the owners’ pet dog, a Rottweiler named Venza. 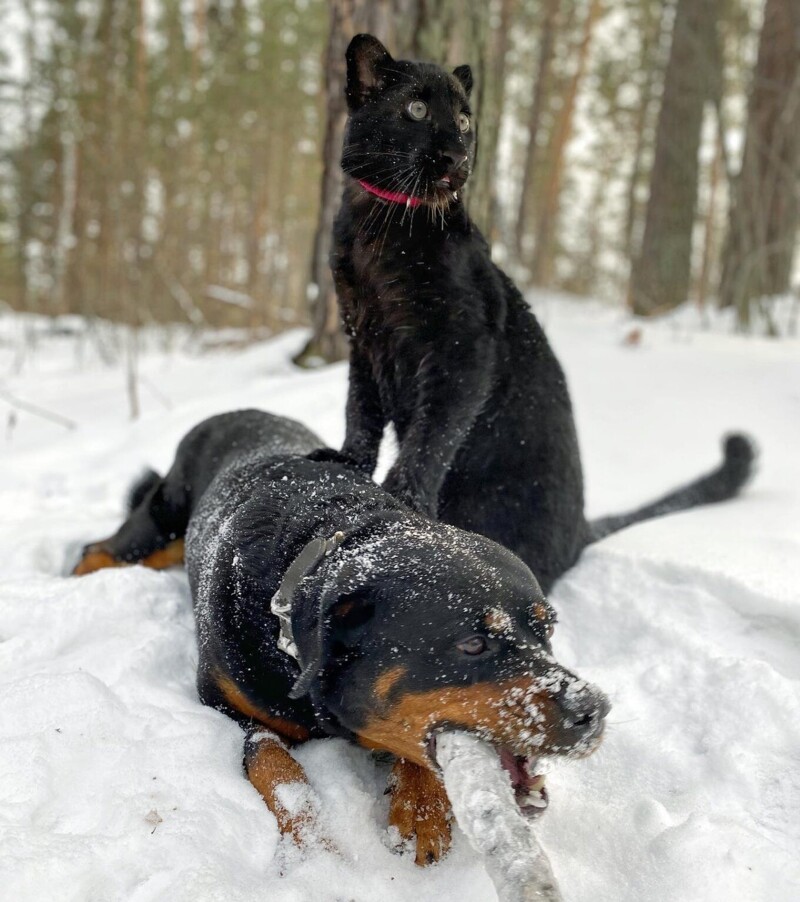 Venza and Luna live in perfect harmonyl, get along great and love to play together – including running in the snow for hours. “In fact, Venza thought that Luna was her baby. As soon as she saw the panther, she immediately began to lick her fur. They instantly got closer,” says the owner. 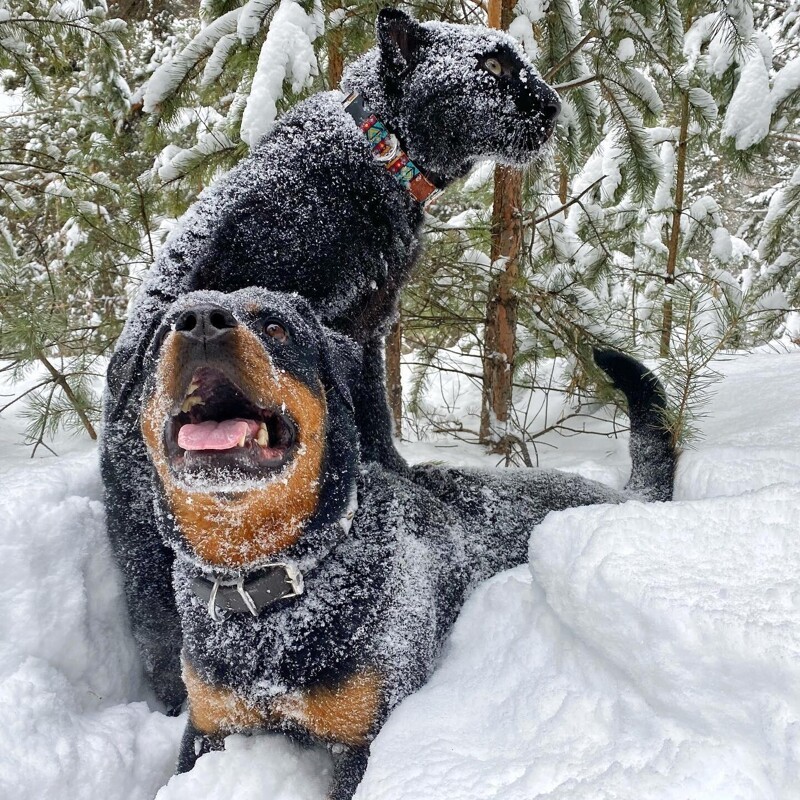 Many people are interested in how to live with such a big cat, and whether it destroys the house:

“The moon is incredibly neat. It seems to me that if she were a person, she would put things in order better than me! There are flowers standing quietly in the moon’s room. She does not throw dishes off the table, does not tear furniture or curtains. She sharpens her claws on a scratching post. She’s just not interested in doing all this, perhaps because she spends most of her energy on walks – and she doesn’t want to play pranks at home,” the girl writes. 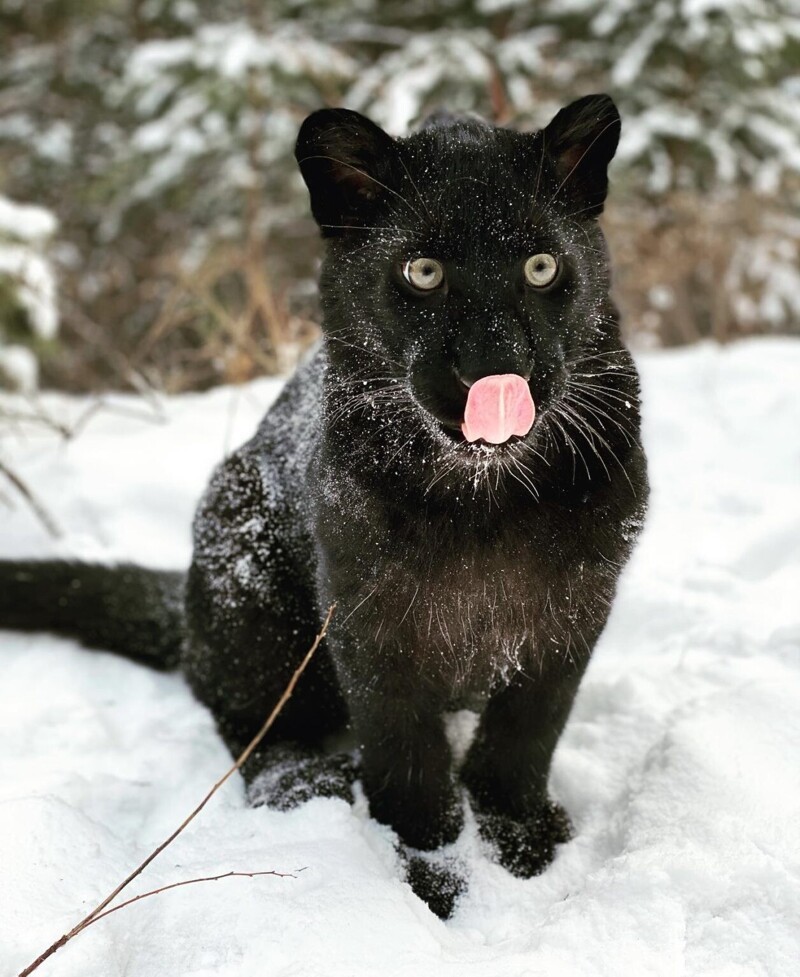