Almost all young children dream of having a dog. Yumna Saluji from South Africa is no exception. She asked her parents for a dog for a long time, but they always refused. 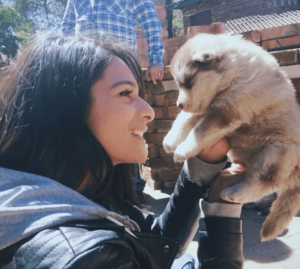 Already a grown woman decided to fulfill her long-held dream. She was looking for a suitable dog for a long time, reviewed a large number of breeds. In the end she decided on the Alaskan Malamute. 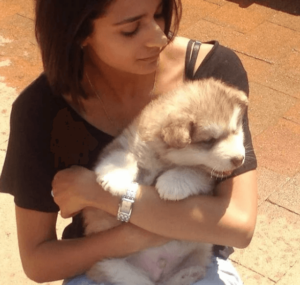 The woman went to the breeder, where she liked the inquisitive, active, and restless dog. She named the dog Tidus, which means «great warrior». 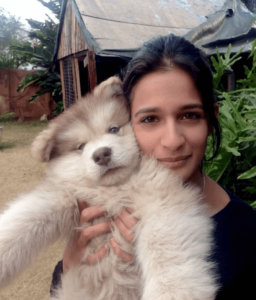 Yumna bought the puppy everything he needed, created the conditions, and surrounded him with care and love. The puppy grew very quickly, after 6 months he weighed more than 50 kg. 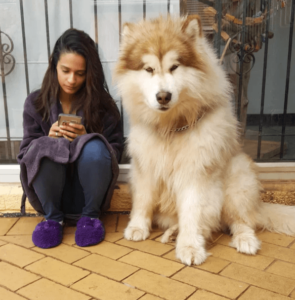 The girl was very frightened, because the dog was much taller than the standard size for the breed. After a while Tidus weighed 60 kilograms. 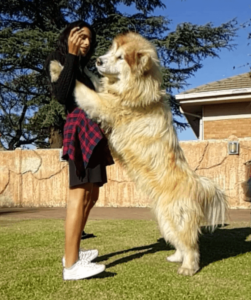 Next to his graceful owner, the dog looks like a giant. Five-year-old Tidus is still a sweet dog.

A bear destroyed the interior of a crossover vehicle while trapped for hours
A California resident found a wild bear inside her Range Rover. Vicky Constantini claims
ANIMALS 0 13

The girl was abandoned by the groom right at the altar, but she spent all her savings and still played the wedding
The bride, 27-year-old Kaylee Stead, and the groom, 24-year-old Callum Norton, were getting married.
LIFE STORIES 0 24

Alcoholic beverages drunk in ancient times
In today’s bars you can find a drink for every taste. And if you
POSITIVE 0 29