When Justina Strumilight and her family took in a kitten named Brownie, they did so mostly out of pity.

Brownie was a small, weak, and sickly pet. No one seriously believed that this little fluffy lump could live a long time.

He was the smallest of his siblings, and was also born with a defect – he only had two pads on his front left foot. Shortly after he was born, Brownie refused to eat and began to lose weight. 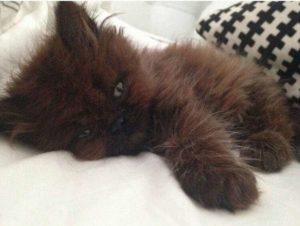 But Justina was not going to give up. The girl somehow made the kitten eat and drink, and gradually he got better. 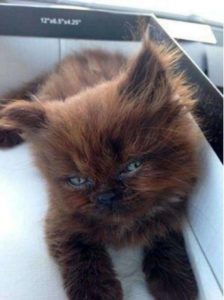 Very soon Brownie grew up considerably, got stronger and, like all kittens, became super-energetic. As for the animal’s character, Justina says he was more of a dog than a cat, as he followed her everywhere. 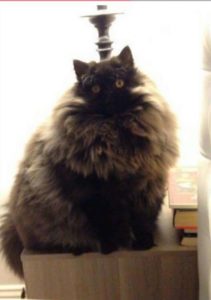 Within a year, Brownie had gone from a pathetic, tiny creature to a huge, gorgeous cat. His fur is so thick and fluffy that it requires daily grooming! 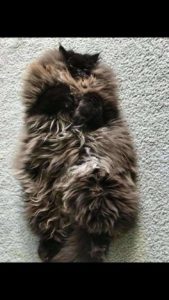 No one would have thought that a sickly kitten would turn out so handsome. Luckily, Brownie has his beloved Justina taking care of her pet. 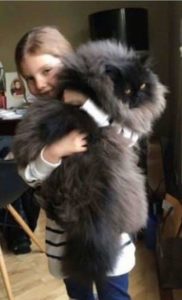 We can only be glad that at one time a girl decided to take care of the tiniest kitten. And today, Brownie is a great example of how we should care for any creature, regardless of its size.