Four years ago, a farmer named Jeff Parmar decided to find out who was stealing his crops and set up a surveillance camera. The answer came quickly. A groundhog had been frequenting the property. But the story didn’t end there. It was as if the groundhog realized the camera was recording video and now brings carrots, apples and tomatoes from Parmar’s fields directly to the lens and shows him eating them. 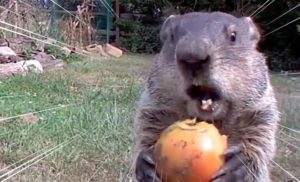 Parmar did not immediately realize that a groundhog was to blame for the disappearance of his crops. Vegetables and fruit were disappearing all the time. And at first, the farmer thought larger animals were after his crops.

That’s why the man installed a camera in the field. He hoped to identify the thief, which would allow him to think of a trap for him as well. The groundhog not only saw the recording device, but also seems to have understood the purpose of the technique. The rodent began to bring all food to the lens. 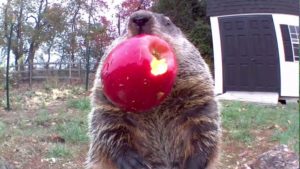 Jeff was impressed by the groundhog’s cleverness and did not catch it. Instead, the man posted a recording of the rodent online and the video quickly gained popularity:

Now the groundhog videos are bringing the farmer money. Probably more than he could have made from selling his crops.

Shakira trains the legs of her 91-year-old sick father: the singer is trying to help him with physical therapy
It has been a difficult few weeks for Colombian singer Shakira with her father
CELEBRITIES 0 14