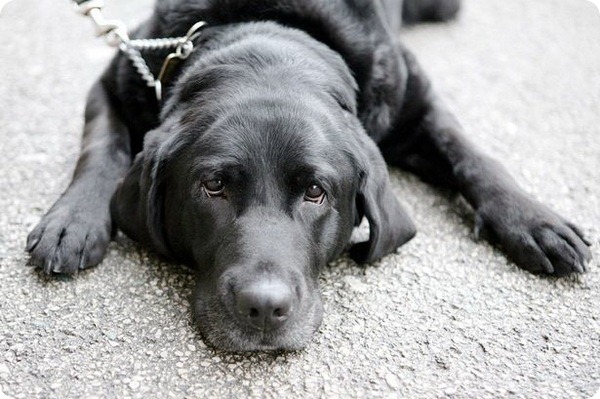 An amazing case occurred in the county of Greater Manchester, in the west of England. A guide dog saved the life of a one-year-old child.

A black labrador named Jet was able to push the stroller with the baby away from the oncoming car in time.A couple of days ago, a 26-year-old resident of Lancashire Jessica Cowley, who was diagnosed with tunnel vision (loss of peripheral vision), was walking past the parking lot with her son Jacob and a guide dog. 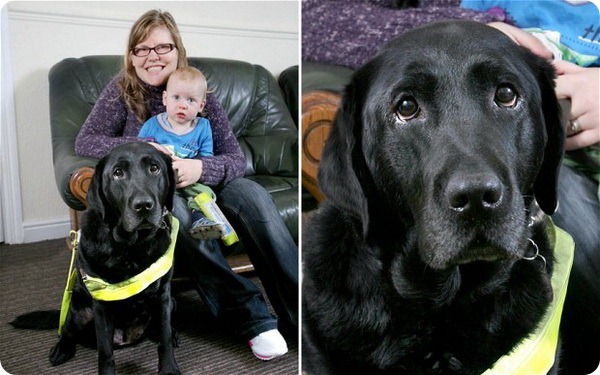 At the same time, one of the parked cars started moving. But due to poor eyesight, the woman did not see the danger coming at them. Jessica continued to push the stroller when the car knocked her down. Seeing that the car was still moving, the dog rushed forward and pushed the stroller with the baby aside.

— As soon as we stepped off the curb, I heard the screeching of brakes, and then I felt a strong impact, – says Ms. Cowley. – In the next second, the leash in my hand tightened like a string. I realized I had to let Jet go. The dog immediately rushed to my son and managed to push the stroller aside, thereby saving my son’s life! 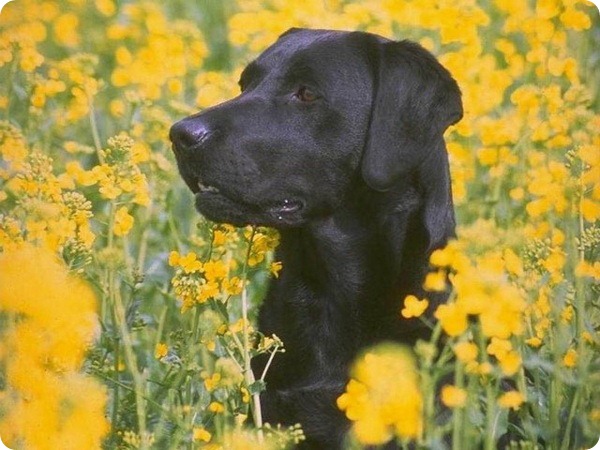 According to the mother, the baby carriage overturned, but Jacob fortunately survived. After that, the dog ran up to the woman and licked her face, thereby showing that everything was fine and she could not worry about the baby.

– Jet is a great smart dog. She coped with her task perfectly! Jessica says.

After the incident, the woman and the child were taken to a local clinic, where doctors examined them. As experts say, nothing threatened the child’s health. He was fine, but the woman was not so lucky. Numerous extensive bruises were found on her body. At the moment, Jessica is at home, where she is recovering under the strict supervision of her husband James. 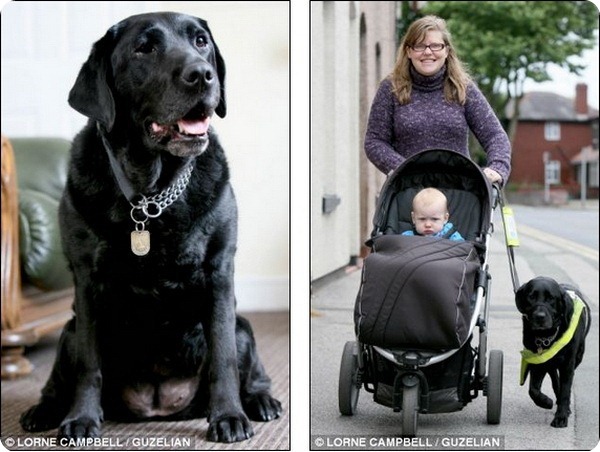 A woman does not stop admiring her dog:

– When Jet was just born, she had symptoms of demodecosis. With such a diagnosis, puppies are usually culled, but we fell in love with this puppy so much that we could not part with him.

— We decided to send Jet to special training so that she would become a real assistant to me in the future. But she exceeded all my expectations, because no one specially taught her such things,” Jessica explains.