Banu Cengiz, a pharmacist, loves dogs. She rescued her dog from the street many years ago. She also runs a shelter near her pharmacy for all stray dogs who cannot be adopted.

This week Banu was at work, as usual, when she noticed a dog outside behaving differently than others. Instead of, for example, lying on the beds she graciously provided, the dog stood as if waiting at the door for something.
The woman said:
He looked at me. I said: “Kid, is there a problem?” 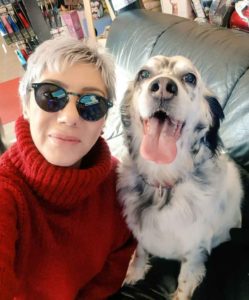 Banu let the dog enter the drugstore and realized that there was indeed a problem: the poor dog was bleeding from a small wound on his paw.
The woman was more than happy to help him.

Banu cleaned the dog’s wound with antiseptic. And when the bleeding stopped she gave him antibiotics. 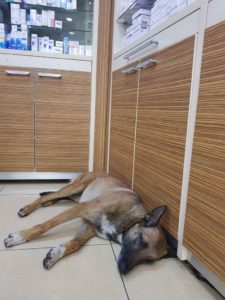 The canine patient seemed to understand the woman’s good intentions and was waiting for his leg to heal.

Banu’s Pharmacy served as a small rehabilitation site for the stray dog, which gave this adorable creature a little rest. He was also given food and water as well as dog bedding. 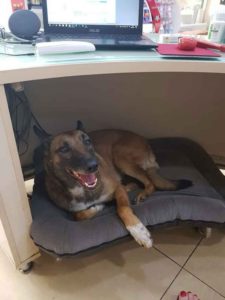