A man from Japan recently stumbled upon a rare find. He found a lone puppy on the side of the road.

The dog looked too small to take care of herself. So he named her Moon and took her home. At least for the time being. Being a responsible person, he placed an ad on social media to find owners. 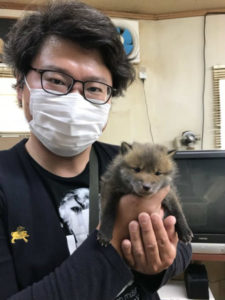 This is where the most interesting part began. The owners never showed up, but there were plenty of answers.Moon looks really nice, so that’s what most people wrote about. 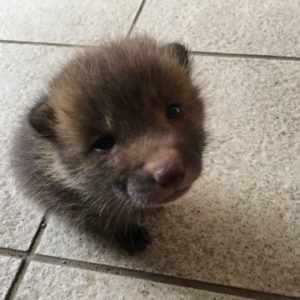 But some expressed doubt that it was a dog. 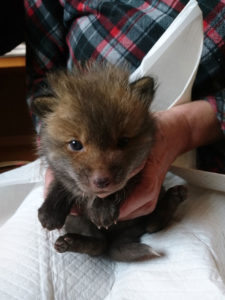 Someone suggested that it was a Japanese raccoon dog (tanuki).But in the end the commentators agreed… 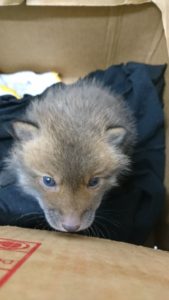 Moon turned out to be a fox!

In Japan, it is forbidden to keep foxes at home because they can be carriers of dangerous parasites. That’s why the man started looking for a kennel. 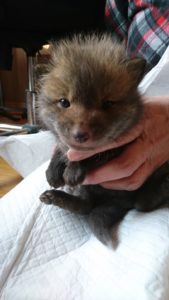 He found a fox kennel in Kitami City, where experts determined that Moon was a 1-2 month old fox.

Now Moon-chan will live in the kennel until she grows up. She already has friends!

ANIMALS 0 41 views
Six years ago Jay found a little kitten in the street. The animal was

ANIMALS 0 44 views
Chloe the cat lived 13 years of her life together with her beloved owner.

ANIMALS 0 73 views
This story happened in London on Christmas Eve. The bus driver was nearing the

ANIMALS 0 50 views
A dog named Sema could not see. Since birth, Sema and his mother had

ANIMALS 0 120 views
Four years ago, a farmer named Jeff Parmar decided to find out who was

ANIMALS 0 148 views
A couple of fishermen were moving in a motorboat on the river when, out

A blind homeless dog cuddles a puppy that was thrown out of a car
A dog named Sema could not see. Since birth, Sema and his mother had
ANIMALS 0 50

«Sleeping Beauty»: A red-haired street cat made famous by his 20-hour nap
Six years ago Jay found a little kitten in the street. The animal was
ANIMALS 0 41

The bus driver found a bag on the passenger seat that was rustling
This story happened in London on Christmas Eve. The bus driver was nearing the
ANIMALS 0 73