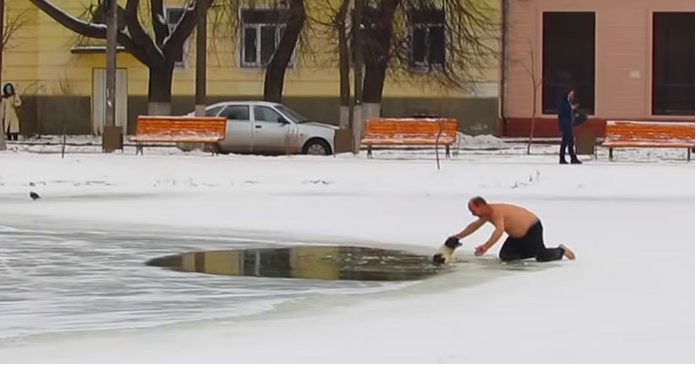 This is the touching moment when a good Samaritan risked his life to save a stray dog from imminent death. The poor puppy got into big trouble by falling into an icy pond.

Fortunately, this hero hurried to pull him out without hesitation and saved the situation.

Apparently, a black and white stray puppy was chasing a duck over a frozen pond when at some point the ice cracked and he fell into very cold water. 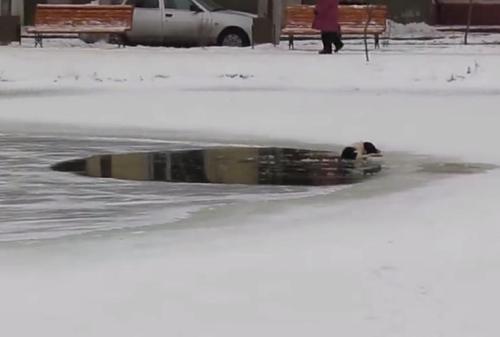 Panicked and very confused, the poor dog desperately tried to get out, but everything turned out to be more difficult.

And although many people passed by, none of them did anything to save the poor dog until a brave man rushed to save him. 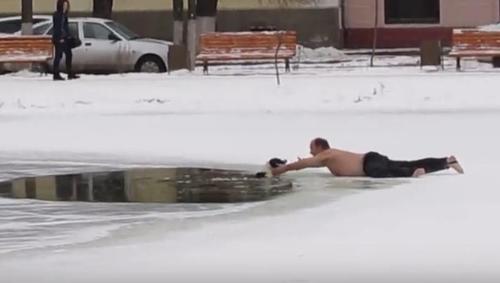 The kind-hearted man was not wearing a shirt or shoes. He ran right up to the drowning dog, knelt down and grabbed the puppy. However, the rescue proved difficult, as the animal seemed to be stuck in something. 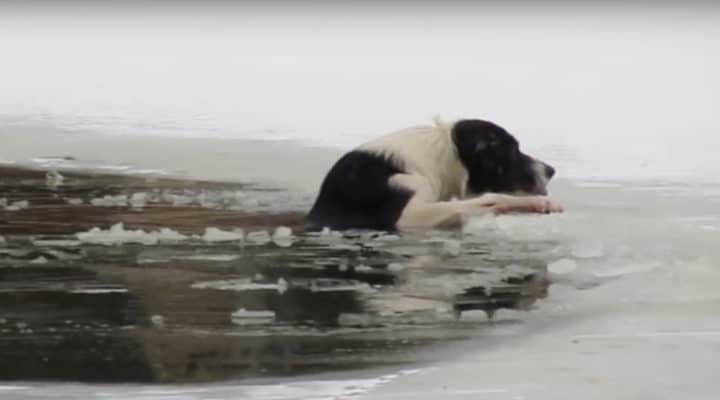 To make matters worse, as soon as the man approached him, the dog got scared, not knowing what his true intentions were. It even bit him. But the man cautiously approached him and finally grabbed him and pulled him out safely.

Thanks to this brave man, the poor dog was saved and immediately ran away, which indicates that he was not injured. Our hero was bitten, but he will be fine too. 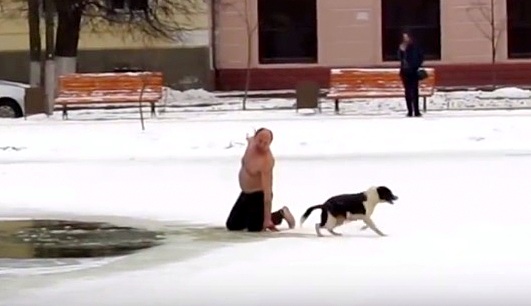