The son of Australian Mel Morrow, Paeton, brought home a skinny red cat that he had found on the street. The boy begged his parents to keep the animal. But there were already two cats in the house and the adults were reluctant to have a third. The boy showed persistence and a third pet with the name Mit Ginja Ninja appeared in the house. 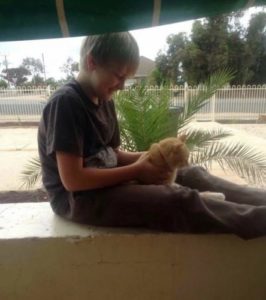 Mit spent the next morning at the vet. The cat was examined for diseases and had a chip installed. Paeton very quickly became friends with Mit. And, although there were two other cats in the house, it was the redhead found on the street that became the boy’s favorite. 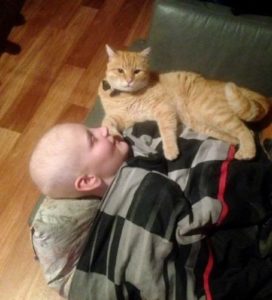 Mit had been in the family for four years when misfortune came to the house. Paeton was diagnosed with cancer. The 12-year-old boy was given chemotherapy, after which he returned home. As soon as the boy crossed the threshold of the house, Mit came to him and never left again. The cat spent several months with his little owner, humming his songs to him and massaging him with his paws. The treatment and support brought results and the disease was a thing of the past. 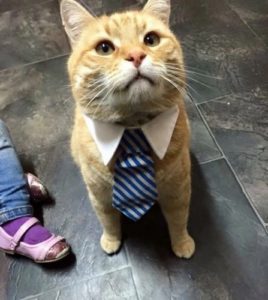 Now Paeton is 19 years old. But he still loves his cat Mit and tries not to be separated from him. Mit reciprocates, still grateful to Paeton for giving him a home and remembering the fear that he might lose his beloved.

A man sold his car to save his dog’s life
A guy named Randy Esther has a real friend, a dog named Gemini. They
ANIMALS 0 25