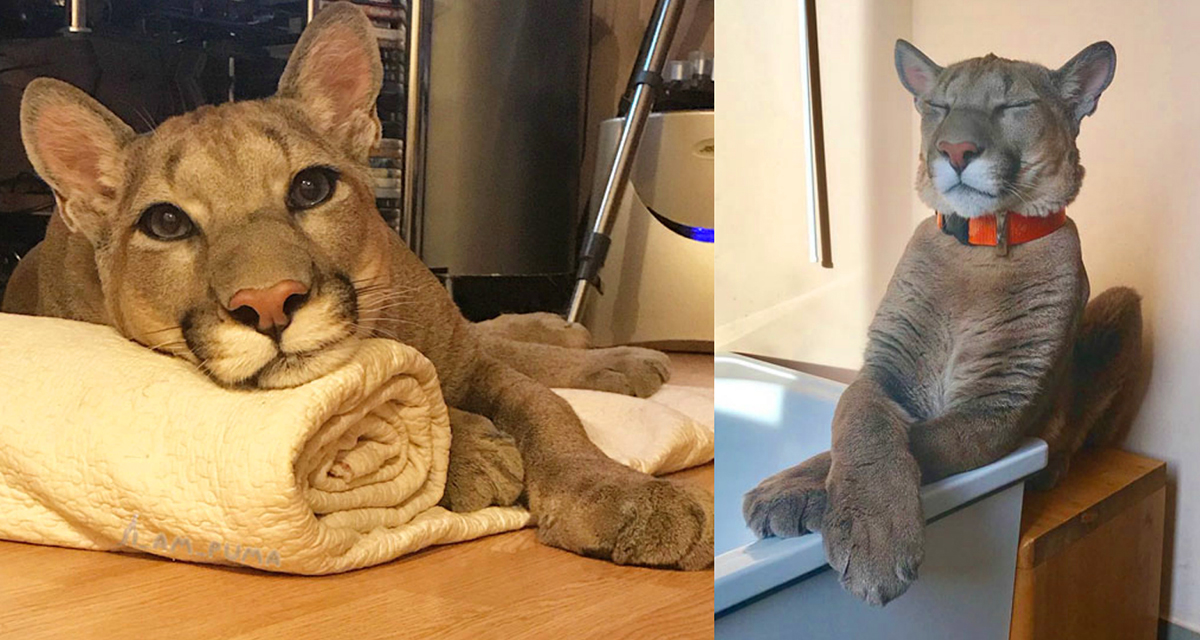 A beautiful cougar named Messi lives in a small apartment.Maria and Alexander saw a cougar in the Saransk contact Zoo. The cat was only eight months old and he was very small and painful. It was one of 3 cubs born in the city zoo. At 3 months old, he was sold to a petting zoo. 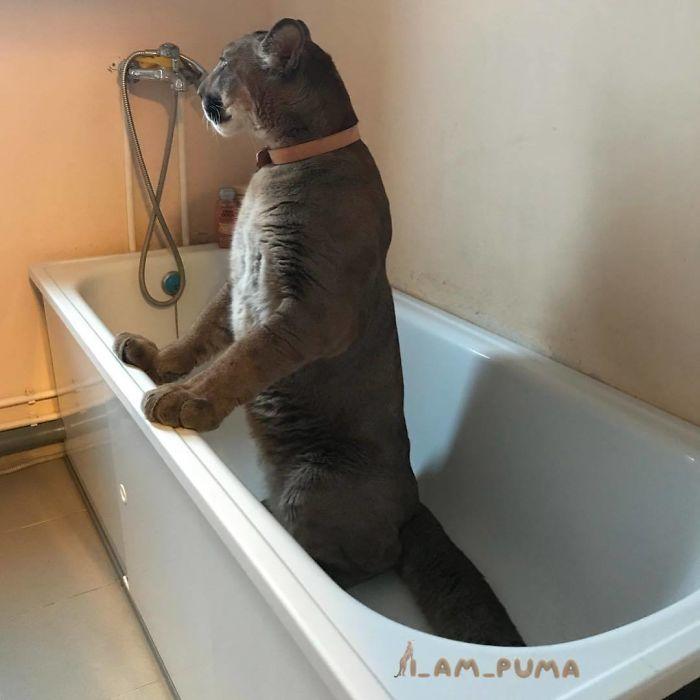 The couple thought for 3 days and decided to pick up the baby. They found out about all his diagnoses, but that didn’t stop them. 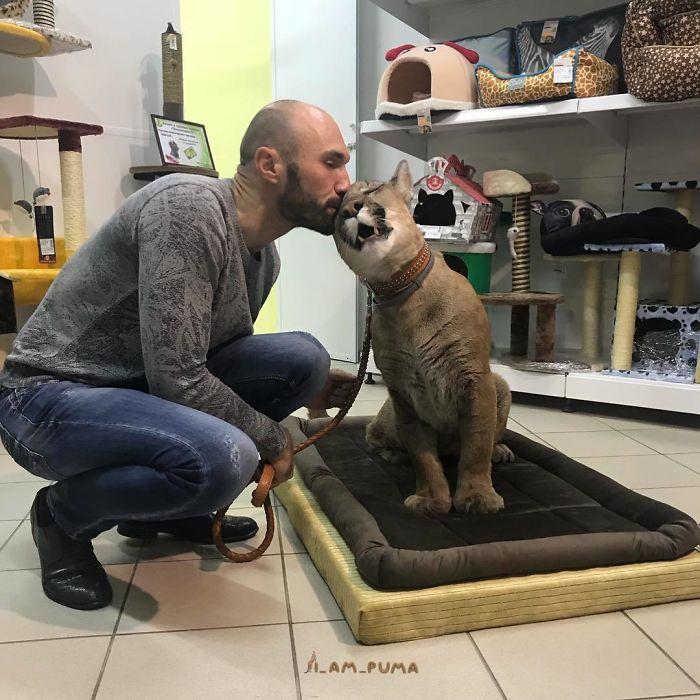 Part of the apartment was converted for Messi’s needs. They built a place for him to play. All the jambs were turned into scratching posts. A place for food and water was also built for him. 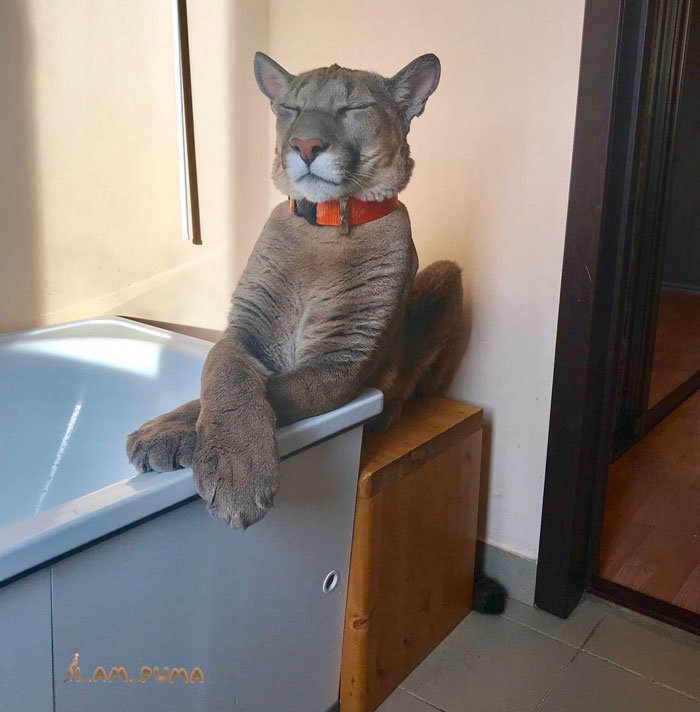 The first thing the cat was shown to the veterinarians. A long treatment and rehabilitation began. A lot of procedures, vitamins and dietary supplements had to be purchased for the baby. 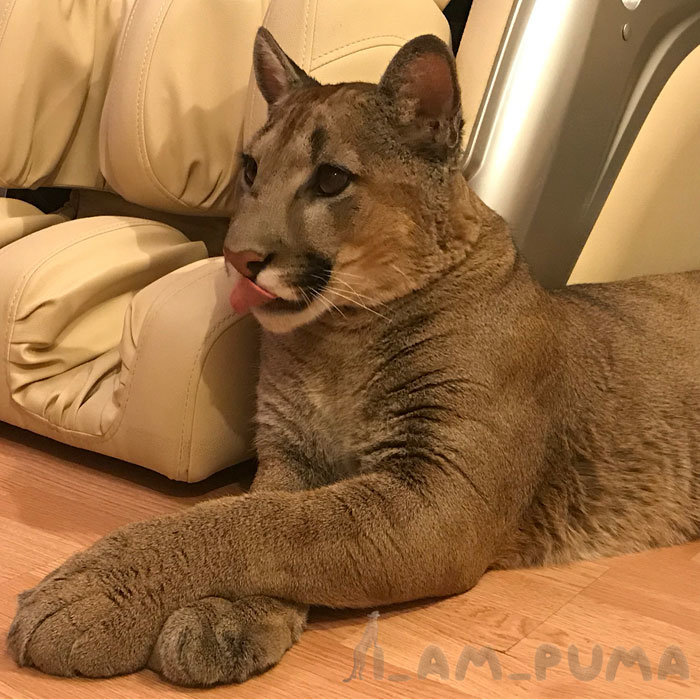 Also, the cat needed to walk. Every day they increased the load so that the muscles and joints would get stronger. The fight against rickets is for life. 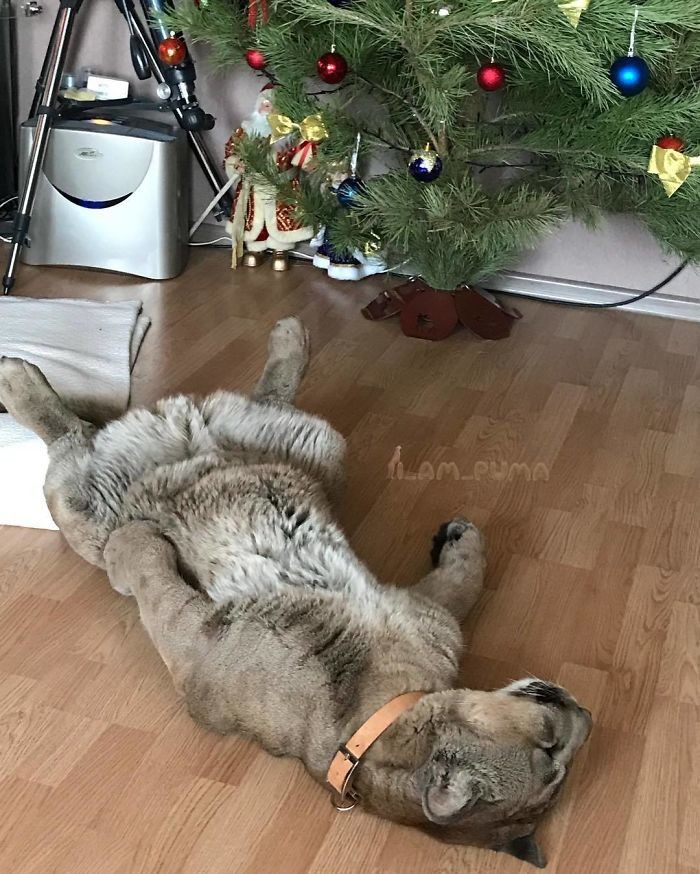 When the strengthened cat could already overcome 3 km, the old injury began to hurt. Then they began to look for another kind of load for Messi. They chose training. 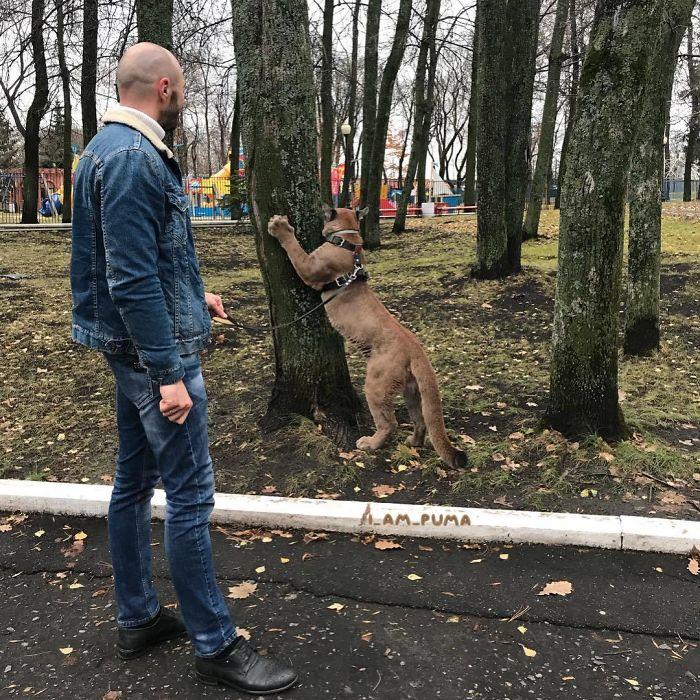 They called all the trainers and dog handlers of the city and found a place and a trainer. Puma immediately made friends with them and started individual classes. After a while, the cat was already engaged in a group, together with the dogs. 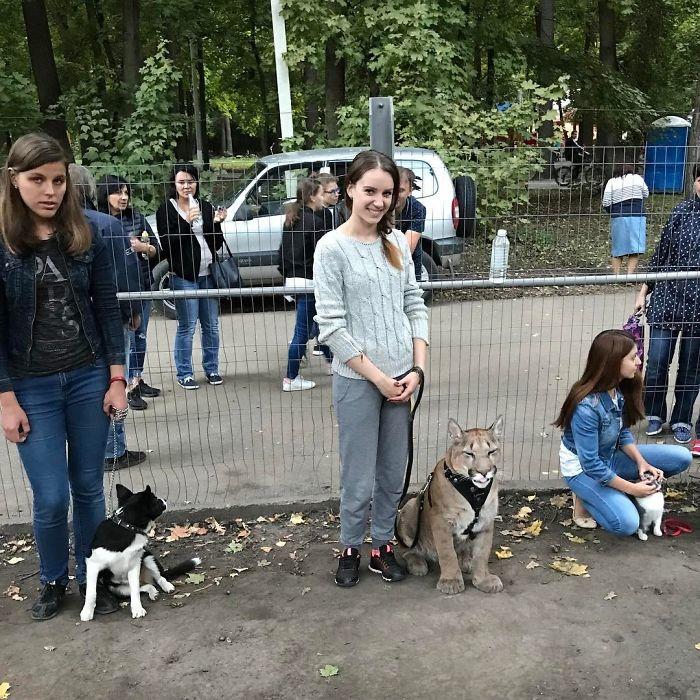 The cat, in turn, gives them endless love and tenderness, tolerates all procedures, even injections. 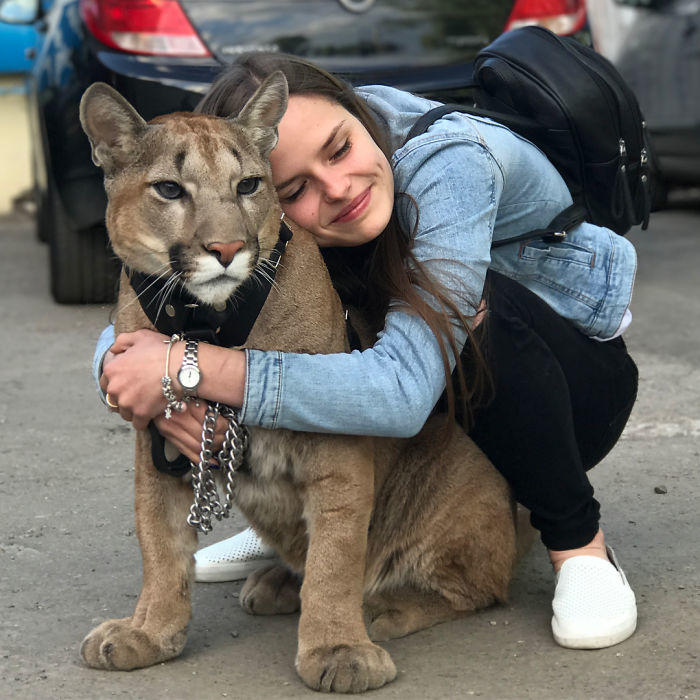 Due to health problems, Messi has grown by only 2/3 of the size of an ordinary cougar. And the cat weighs 41 kg. But he is 10 times bigger than any cat. 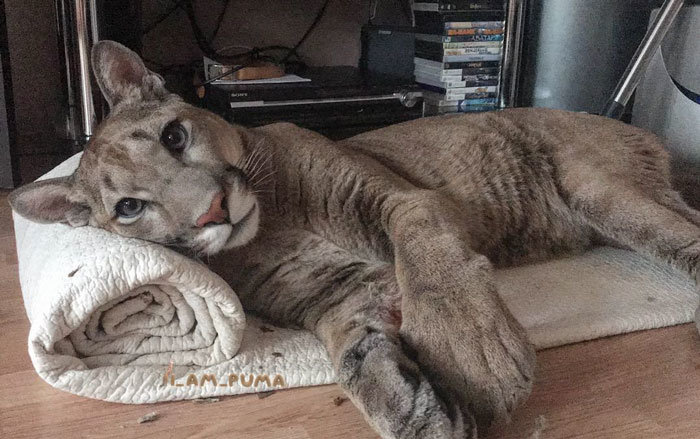 Messi is well-mannered, sociable and very nice. He does not show aggression to a person at all, easily finds a common language with dogs and cats, walks perfectly on the street, but he is a little afraid of cows. 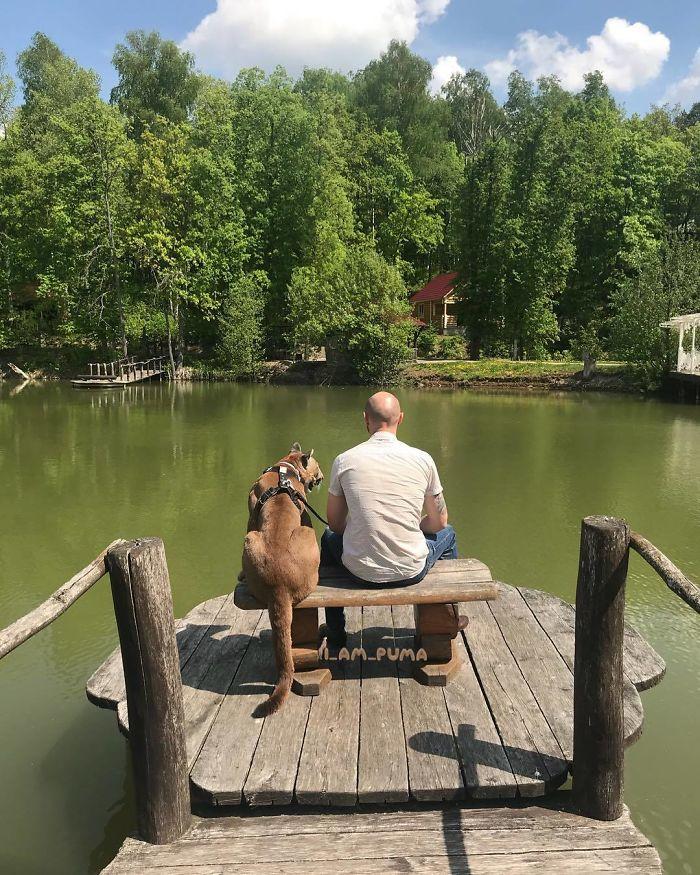