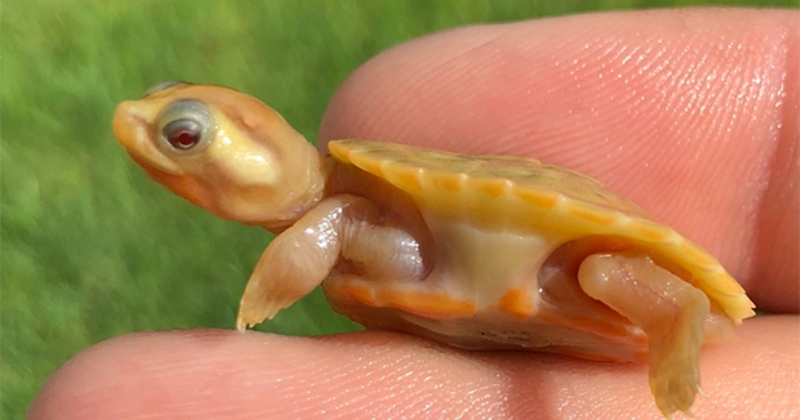 In animals with physical characteristics, the probability of survival among relatives is low. But if good people interfere in their fate, then they get a chance.

A turtle named Hope was unlucky twice. She was born an albino and with an open heart. But she was lucky that she fell into safe hands and now she will be fine. 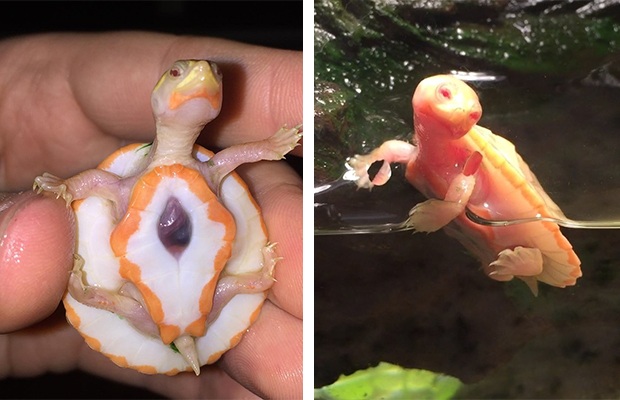 The albino turtle has a rare malformation. Her heart is not protected by a skeleton. In humans, such an anomaly is called ectopia (external heart) and occurs in one in 126,000 infants. In animals, such a congenital defect is so rare that it has no name in veterinary practice.

In nature, among other turtles, baby Hope would not have survived. That is why her owner, 29-year-old Mike Aquilina from New Jersey, USA, takes maximum care of her.

The man received a tiny turtle as a gift from his friend, a turtle breeder who did not know what to do with an unusual animal. 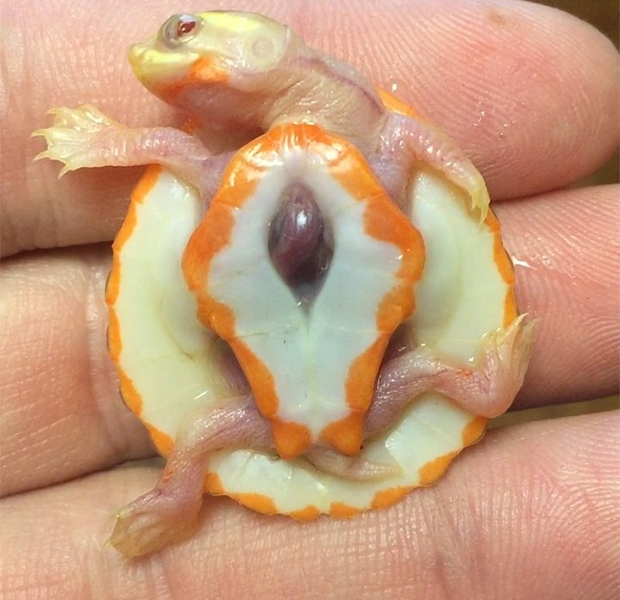 Through the hole in the bottom of Hope’s shell, you can see her small heart beating. For a turtle, such a defect is critical and without appropriate care, its days would be numbered.

Mike devotes a lot of time and effort to his little pet. The reptile is kept in a separate aquarium, where the water has to be changed every few days. In addition, the animal needs special nutrition and a stable ambient temperature. 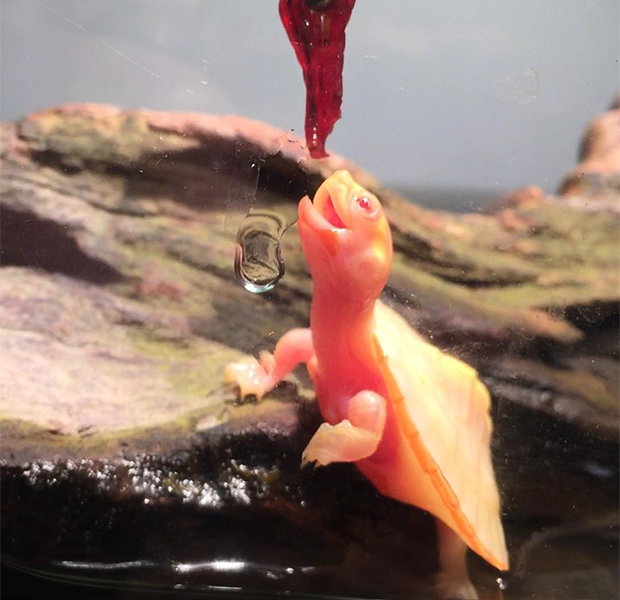 Hope got to Mike in a very bad condition. She ate poorly and was very sluggish. Now, thanks to the owner’s care, little Hope is active like other young turtles. And also she has an excellent appetite.

Her favorite treats are shrimp, which her owner carefully cleans from the hard shell. Also, Hope likes shellfish and frozen worms.

Mike is waiting for the turtle to grow up, gain strength and then plans to solve its problem.

Perhaps veterinarians will be able to close the gap in the reptile’s shell. Then the turtle will be able to return to the common terrarium with its relatives to live a full turtle life.