One evening, Anderson Bahi was driving home and saw something he would not soon forget. It was a show of love in its purest form.

“I was driving my car when I saw an ambulance stop on the other side of the road,” he said.

He found out that the man went out with his dog and he became ill while walking on the sidewalk. 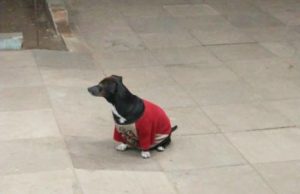 Rescuers were called to the scene, who took the man to an ambulance to take him to the nearest hospital. What they didn’t expect was that his dog jumped on the rear bumper, insisting that they take her too. That’s loyalty.

“This dog’s love for its owner is something special,” Bahi said. “True love.”

Fortunately, the ambulance crew saw the love between the dog and her owner and opened the doors before leaving so they could stay together. But this is not the end of the story and not the end of the dog’s demonstration of devotion. 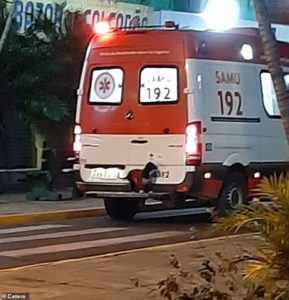 Upon arrival at the hospital, the man was taken inside. Soon a local animal rescuer Maria Lucia Muniz, who lived near the hospital, found out about the dog and offered to take the dog for the night.

“It was very emotional,” Muniz said.

“But, thank God, the owner was hospitalized for only 45 minutes. His family came to take him and his dog home.”