The “unlucky” swan continued to lay eggs at the Jones shipyard in St. Ives, England, for ten years, only to see them disappear every time. But this year she was lucky. She finally became a mother, not without the help of a kind man.

Rob Adamson, who lives nearby, has been watching the fate of this swan for many years. So he decided that was enough. Adamson loves these noble birds very much. Once he even saved and raised a swan. And in this case, he first built a fence to scare off predators – mainly foxes. 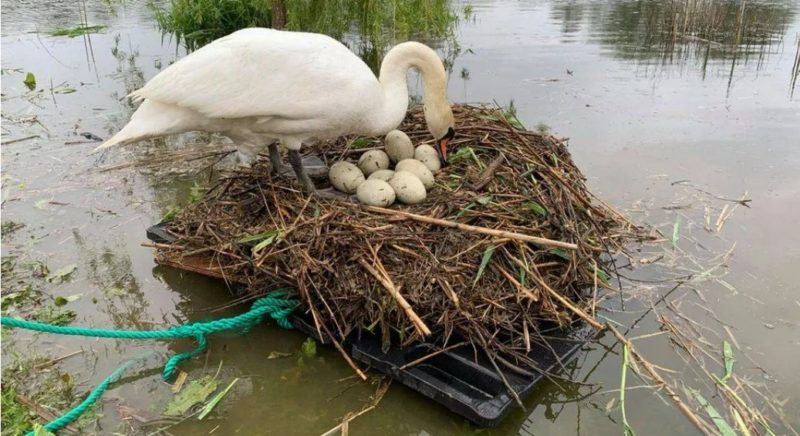 But then he noticed that the water level continued to rise. So the swan’s nest is in danger again. But the man acted with all determination and in this case also coped with the situation.
He immediately took action.

Then Adamson built a raft on which a family of swans could safely place their nest. Thus, both predators and threats of natural disasters were removed. A couple of weeks later, the swan eggs hatched and eight small swans saw the white light. 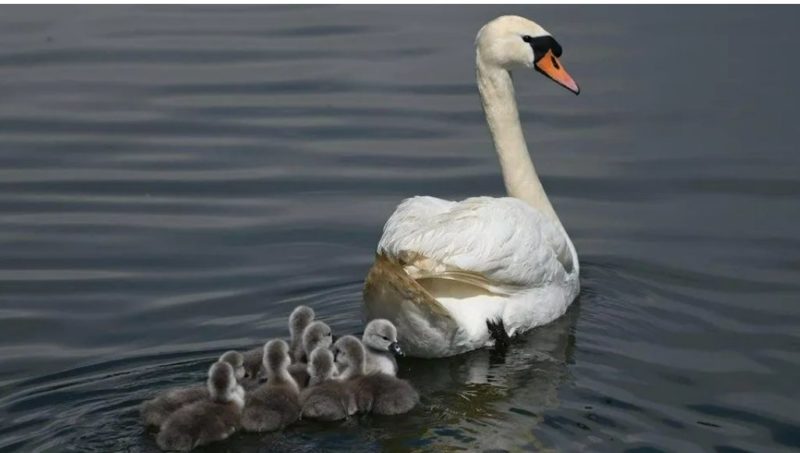 “I’ve been walking around the marina like a future dad for the last week,” Adamson shared. “When I saw them start to hatch, I was very happy, it felt like there was a big lottery win.”