«Usually when I walk my dog, everything goes well. I’m enjoying the fresh air, thinking about life, or listening to music on my headphones.

But every once in a while my dog catches some scent that interests him and runs off into the woods.

I usually don’t pay much attention to it, but sometimes I get curious as to what caught my dog’s interest…»

When Jim Passmore of Oklahoma was out for a walk with his dog, he noticed his pet suspiciously hanging around a nearby creek.

At first Jim thought he had found a huge beaver near the bank, but it turned out to be something else.

Since there are quite a few beavers in the area, he thought he had run into one.

But after a closer look, Jim realized that it was, in fact, an older dog that was stuck in the water near the shore. The man called the police, and together they pulled the distressed animal out of the creek. 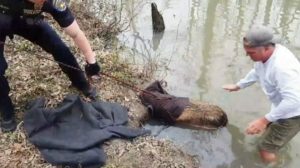 The dog, later named Teddy, was overweight. According to police, the unfortunate 8-year-old dog was unable to get up on his paws as a result.

Teddy’s age and excess weight kept him from getting out of the water.

Luckily, people were able to get Teddy out of the creek, after which they took him to the Alta Vista Veterinary Clinic for a health check 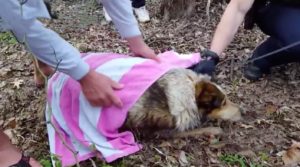 Surprisingly, Teddy’s life had to be saved once more.

After Teddy recovered, the veterinary clinic decided to put him to sleep because there was no place to keep him. He lay in a cage, dutifully awaiting his death. 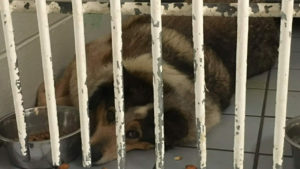 But luckily, the staff at the Oklahoma Alliance for Animals animal shelter soon took Teddy in.

Teddy was shy and afraid of people, but the shelter staff believed that they could find him a home and loving owners. 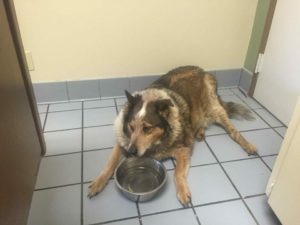 But no one seemed to want to take Teddy. His former owner never showed up, and instead of an adult dog, people usually preferred to take a puppy or a young dog.

Fortunately, a man named Jesse came into Teddy’s life. He took care of Teddy at the Alta Vista Veterinary Clinic and was one of the few people Teddy trusted. 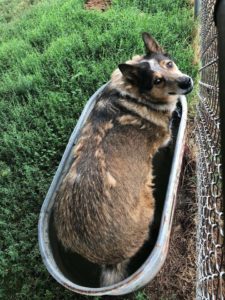 Looking at the man’s Facebook page, it’s certain that Teddy is happy living at Jesse’s farm along with several other dogs.

He is perfectly fed, cared for, and loved with all his heart. Isn’t that wonderful? 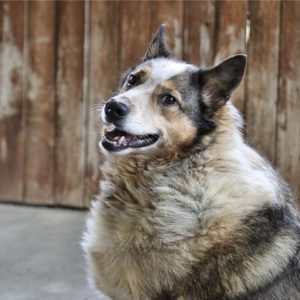