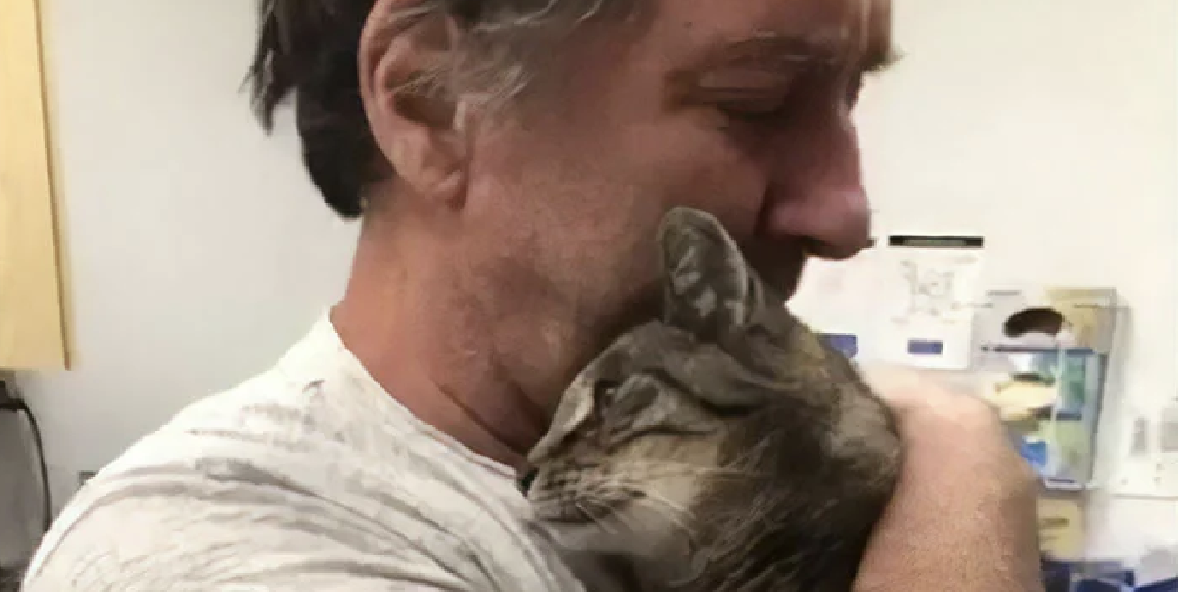 Robert lived in California with his cat Chebon. The cat was twelve years old. He and his owner were very attached to each other. Over the years they had developed common habits and rituals. At a certain point in his life, Robert decided to move to Ohio. Chebon was to go with him. But a few days before the event, the cat disappeared somewhere.

The owner made every possible effort to find his pet. But neither surveys of the area nor announcements brought the desired result. Robert did not move and lived in his old house for a year, hoping his friend would return. After a while, the man realized there was no chance of finding Chebon and moved out after all. 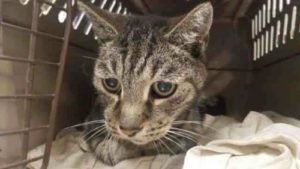 In the seven years since the move, Robert’s life has changed greatly. In Ohio, he found a job, started a family. One day a phone call rang in his new home. When the man heard what it was about, he could hardly believe his interlocutor – Chebon was back. Seven years after his pet went missing, Robert lost all hope of finding him.

Where the cat was all these years and what he was doing is unknown. But one day he appeared on the side of the road, where a woman found him. The cat was thin and sickly. So the woman took him to the vet. And he not only prescribed treatment, but also checked the chip, which made it possible to contact Robert. 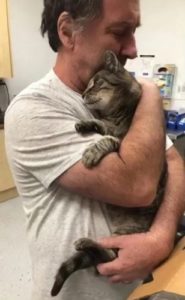 On the first flight the man flew to California. The reunion after seven years of separation was very touching. Both Robert and everyone who was present at the scene could not hold back tears. Chebon got very old, he was 19 years old. And this is a very respectable age for an animal. At the same time, he has not forgotten his owner, and when they met, he tried to hug him with his paws.

In Ohio, Robert returned with the cat. The old cat will live out his life in a new home, but close to his loved one.