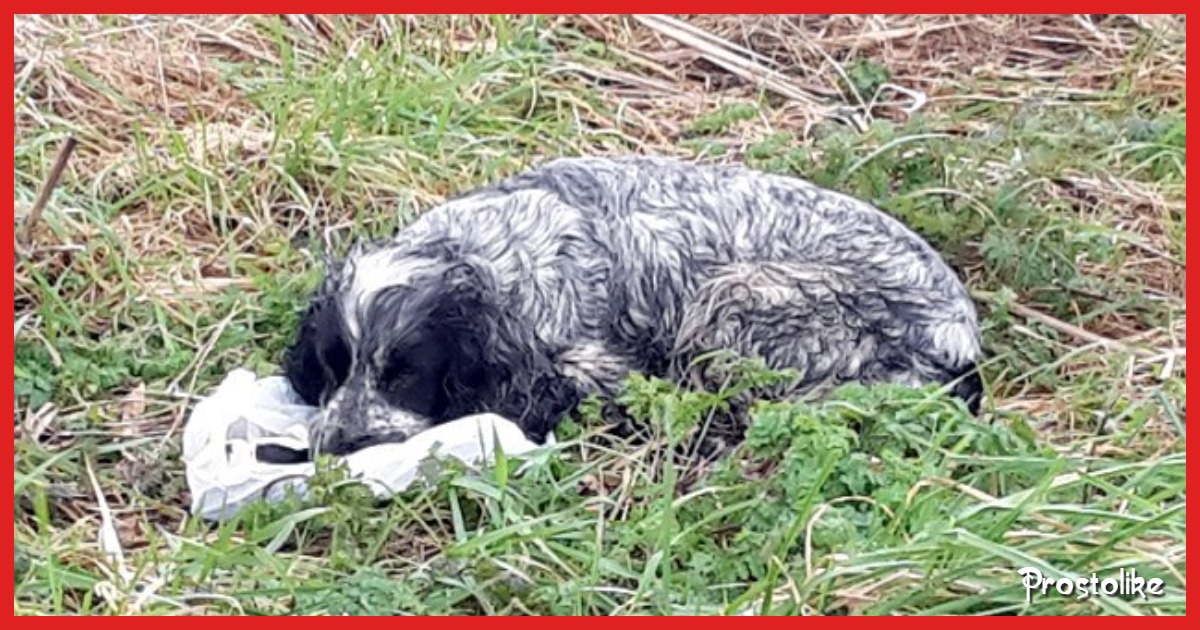 Paul Skinner was walking in the park in the evening. Suddenly he saw a dog on the grass, which seemed very strange to him. Paul came closer and saw that the dog was holding something in his teeth.

The animal was guarding the package and what was inside made him shudder. There were 4 dead puppies in the package, who were probably not even 10 hours old. Paul immediately called the police.

Surely the owners decided to get rid of the dog and her puppies in such a cruel way.

Paul took the dog to the shelter, where she was taken care of. Surely the animal realized that her puppies were already dead, but did not want to leave them until the very end…

Be kinder to animals, they also understand everything and have feelings.