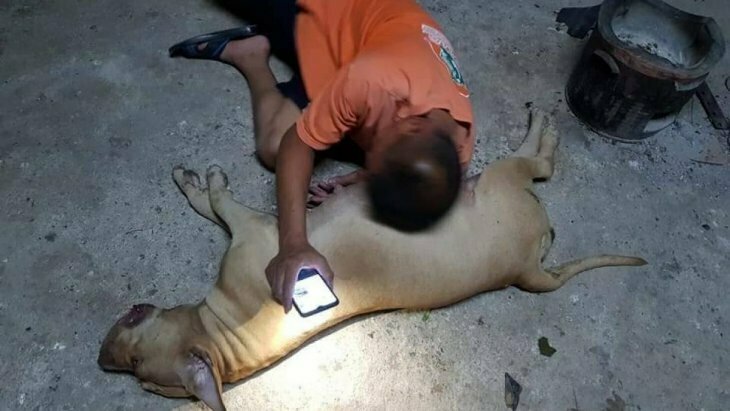 On Tuesday evening, a two-year-old Pit Bull named Nong Horm died as a result of a fight with a monocle cobra on the lawn in front of her owners’ house. The dog was pregnant. In the near future, she was going to have about ten puppies.

The snake bit the dog several times near the mouth. The reptile’s venom was strong enough to kill a pit bull in five minutes. The pit bull also inflicted fatal injuries on the cobra. 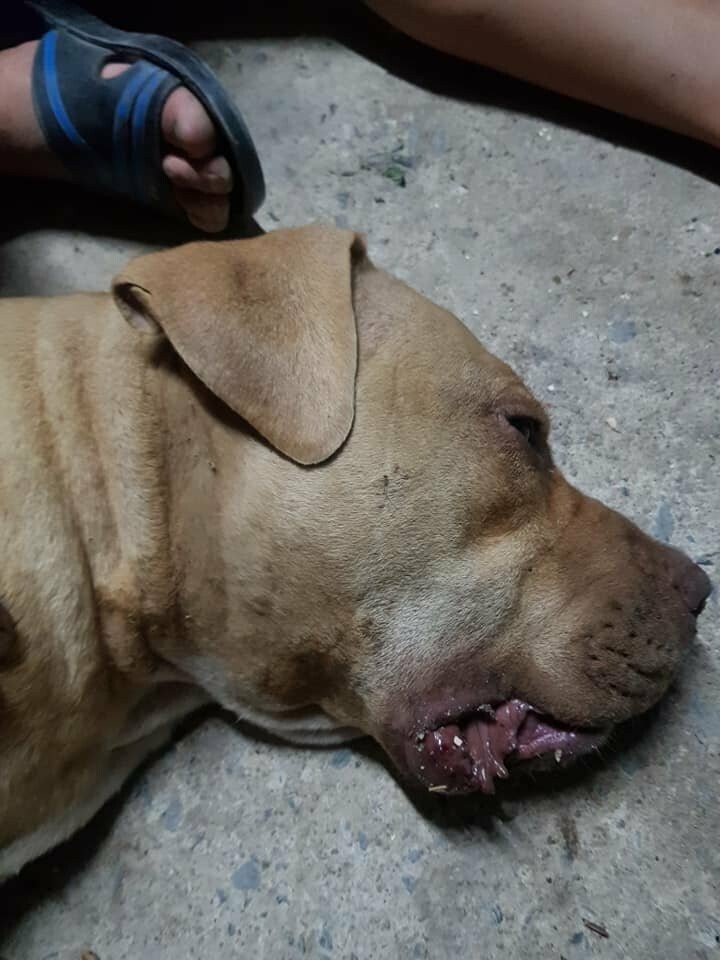 The 51-year-old owner of the dog Suriyon Chanthakhet said that he heard the sounds of a struggle. But when he went outside, it was already too late. It was not possible to save the pet.

The family threw away the dead cobra. And the dead dog was buried in the backyard. 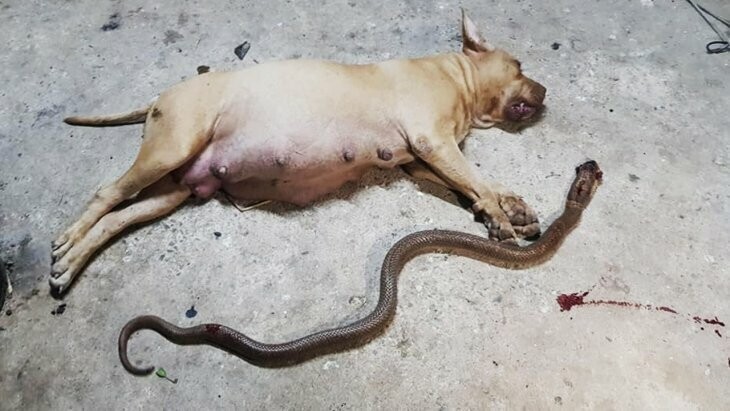 “Nong Horm was the best dog our family has ever taken care of. She was so devoted that she even gave her life for us,” Chanthakhet said. 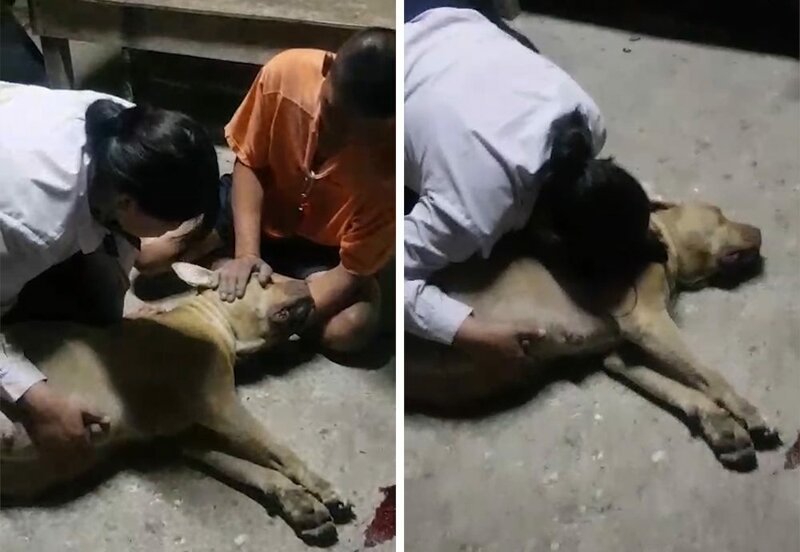 The guy photoshops cartoon characters in his photos so that it seems they will soon appear in real life
An elementary school teacher, who is also an artist and an actor, creates very
POSITIVE 0 6