This is the incredible story that Kjihla Evans experienced after placing her young dog in a boarding house to go on vacation. The puppy was kidnapped there. 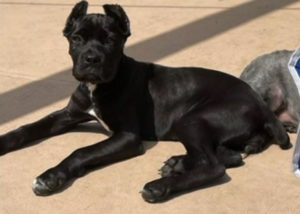 On Saturday, June 11, a resident of Harris County, Texas, left her four cane corso dogs at Abbott, a local veterinary clinic that offers boarding services. Kjihla Evans was supposed to go to Mexico for a week.

When she returned June 18 to pick up her pets, the youngest, Blue, was missing. The clinic staff told her that the 4-month-old puppy was missing between 2 and 6 p.m. on June 12. Kjila Evans was in shock. Her dog had been missing for almost a week, and she only found out about it now. 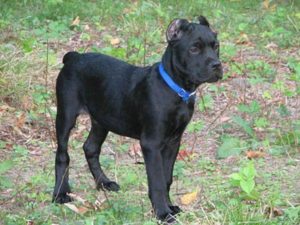 The employees told her that Blue had probably been stolen and that they had already notified law enforcement. They also claimed to have tried to contact her daily, but to no avail. Kjihla Evans, for her part, claims that she was never called or emailed.

She was accompanied by her mother that day. They called the police because the staff at the vet clinic were slow to release the requested documents and their explanations did not convince the women. The women spoke in raised tones, and when the police arrived, the staff accused them of insulting the vet clinic employees. Kjila Evans and her mother were handcuffed, thrown on the ground, and taken into custody for 24 hours… 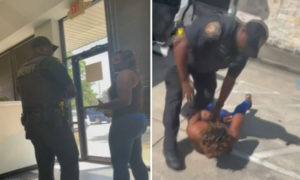 Facility officials say they don’t have a security camera inside. But they are investigating and considering checking all staff for lies. According to their version, one of them may have been an accomplice to the theft.

Kjihla Evans , she had no idea where her dog was for four long days until a woman called on Wednesday, June 22. The stranger explained to her that she had just bought a little female Cane Corso from a man who was selling her in a parking lot, a few steps away from the Abbott Veterinary Clinic . Then she saw the wanted notice and realized that the animal she had bought was Blue . With relief, Kjila Evans was able to return her dog the next day, Thursday. She took her dog to the vet for a complete checkup. Fortunately, Blue was doing well.