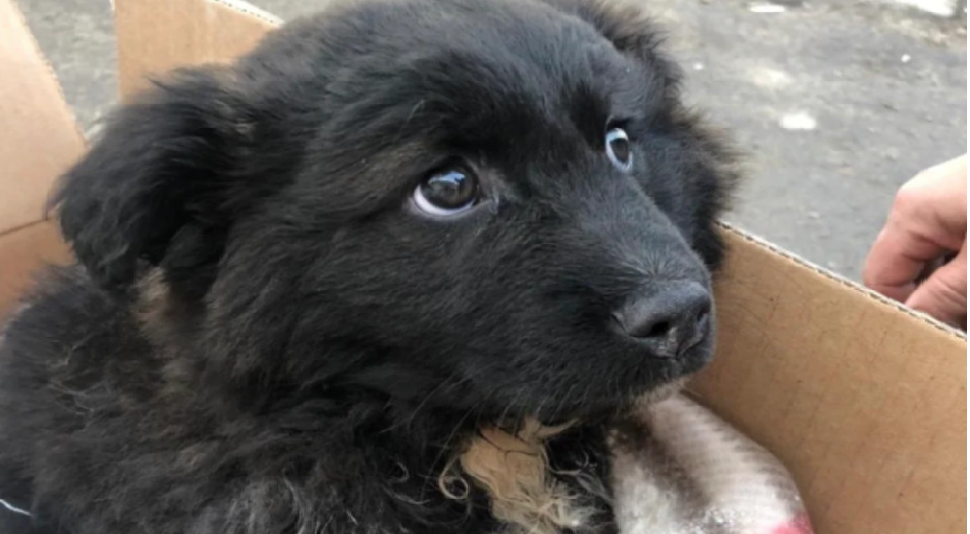 A tiny puppy lived in an old broken crate on a vacant lot, trying to hide behind the broken wood from the weather. Passers-by noticed the little guy, saw that he could not walk, but thought it was due to poor health. In reality, everything turned out to be much simpler. The puppy just had to be washed. After all, his movements were restricted by the hair stuck together from dirt and tar. 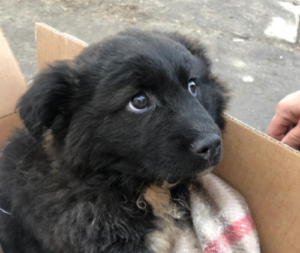 It was impossible to look at what the baby was eating without tears. In the absence of human care and normal food, the puppy began to eat the bark of nearby trees and the crate in which he lived. It was so until indifferent people saw the little guy and took him in.

The puppy was named Rusik. For the first week, the volunteers were busy washing the puppy from the dirt. Indeed, even groomers after a couple of attempts to bring the baby’s hair in order recognized their defeat. The puppy was given to the care of one of the volunteers, and he confessed that he liked the baby from the first minute. Rusik was very calm, friendly and intelligent.

The puppy did not cause any problems, if it were not for health problems. Eating wood took a toll on his body and the veterinarians took a long time to select his treatment and appropriate diet. 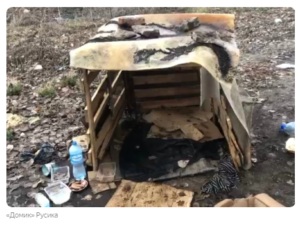 Over time, the situation seemed to get better, and the dog was even found a new family. The new owners immediately treated Rusik as a member of the family, cherished and nurtured him, giving him tenderness, care, and love in an attempt to compensate for the difficult life on the street. 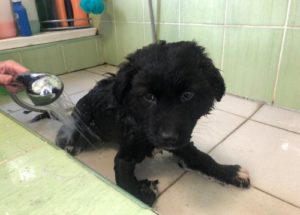 Unfortunately, over time it turned out that the dog could not clean his bowels properly. Each attempt to go to the toilet became a real torture of pain for Rusik. The new family did not give up on their beloved pet. 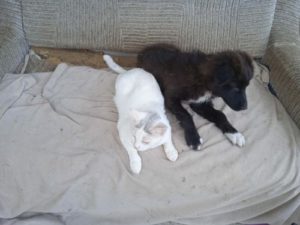 Rusik was shown to all the veterinarians in the city. The doctors were able to discover the cause of the problem – a deformed pelvis. The puppy must have been badly beaten before he even got on the street, which led to the development of irreversible changes in the course of pelvic bone formation. 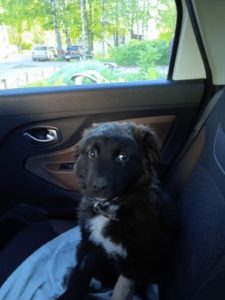 Rusik’s new family is not giving up and is looking for solutions and money for treatment. After all, everything can still turn out well for this baby.