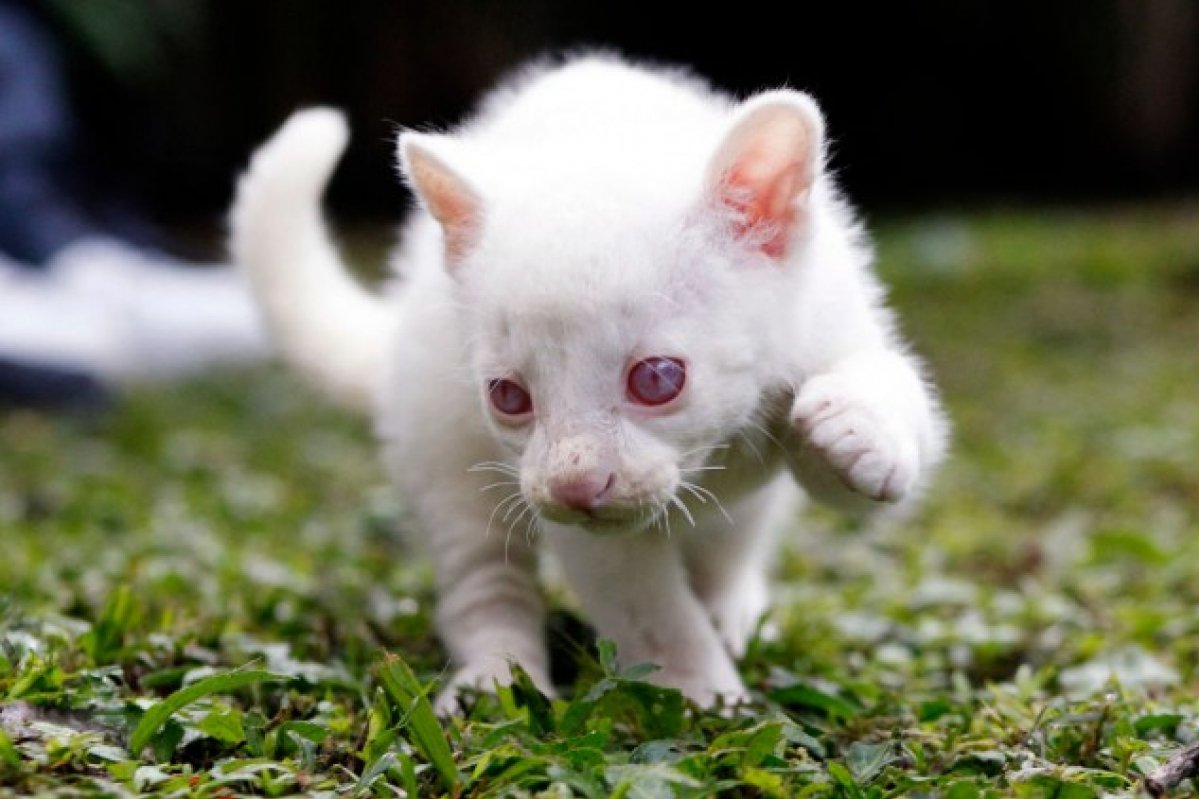 In Colombia, a rare animal was discovered – an albino jaguarundi. The cub is completely white with red eyes. And unfortunately, due to a lack of melanin, such animals are vulnerable in the wild. 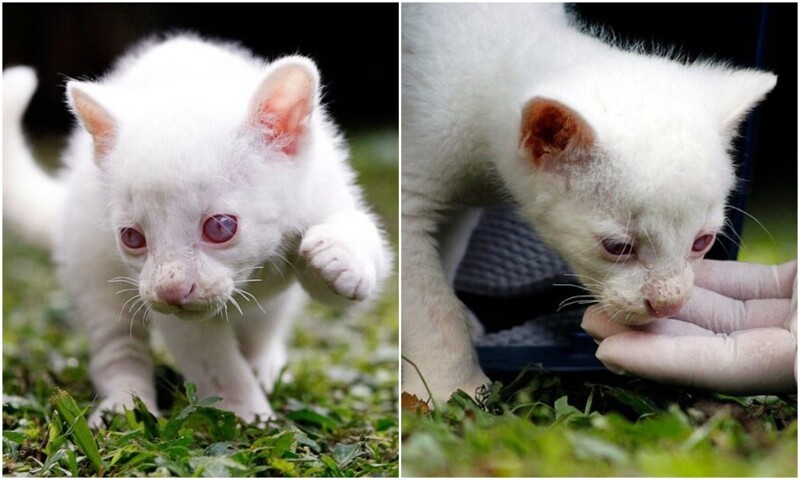 In the Colombian valley of the Valle de Aburra, a baby jaguarundi was found with a rare feature – albinism. The baby was transported to a local nature conservation park, where he will now live with other animals in need of care.

It is not easy for albino animals to survive in the wild. After all, the lack of melanin makes it difficult for them to disguise and negatively affects vision. 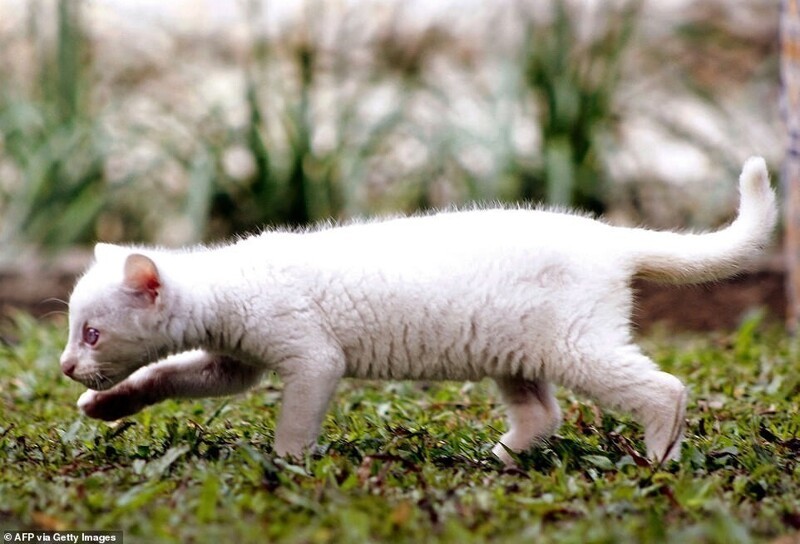 The cub is completely white with red eyes, and is the first of its kind found in Colombia. Albinism is transmitted to offspring when both parents are carriers of a special recessive gene.

Albino cubs usually have white fur, pink eyes, nails and skin. Albinism should not be confused with leucism, a mutation that causes partial loss of pigmentation of the outer coat in animals. 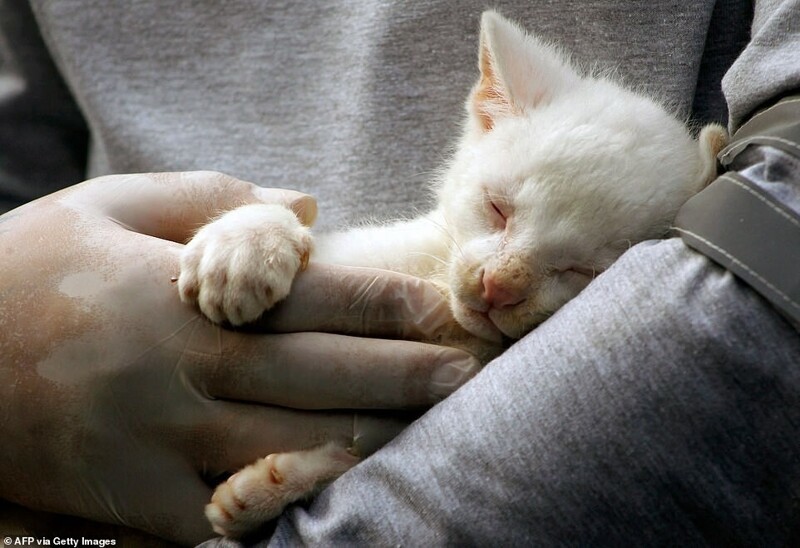 Jaguarundi is a species of cougar native to North and South America, and rarely found north of Mexico. These are animals that lead a predominantly solitary lifestyle, with the exception of the mating season. The body length of the jaguarundi is about 55-77 cm . They have two colors: bright red or brown with an admixture of gray tones.