A sweet dog who was unfortunately chained for eight years can’t help but get excited when he is given his own bed to rest in.

This dog named Stevie, fortunately was rescued in South Carolina from a yard where he was tied up and his poor living conditions were noticeable. Everything seemed to indicate that Stevie had probably been chained for the 8 years of his life and had never left that sad place.

The Lancaster County SPCA took care of the dog, but in partnership with other rescue centers, Diamonds in the Ruff of New York discovered Stevie.

The organization learned Stevie’s full story and at that point, they realized he needed to be part of his furry family. Therefore, Stevie was transferred to the shelter’s facilities; when he arrived, they noticed all his problems and began to give him the attention he needed.

A blind dog can’t believe he has his own bed. 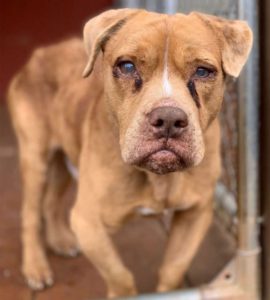 Stevie, in addition to being blind, full of fleas, parasites, and deprived of part of his skin, had a very difficult life. In addition, the vets learned that he had a spike lodged in his intestine, which had to be removed by surgery. 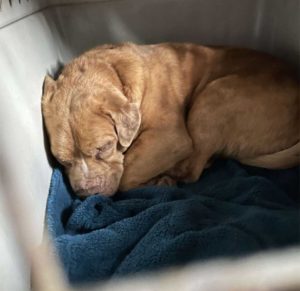 His medical problems were all too obvious, but his psychological problems also became apparent when he arrived at his new foster home. 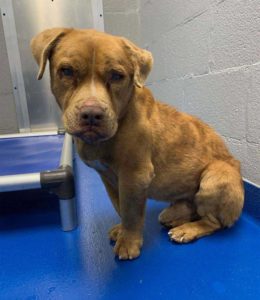 «He slept most of the way home, but was starting to growl and bark occasionally in his cage. We knew he was just protecting himself. When we got home, we put the cage inside and he wouldn’t come out. We were careful because he couldn’t see and we didn’t know him yet.»

His foster family had to be patient with him, waiting for him to adjust to his new life inside. 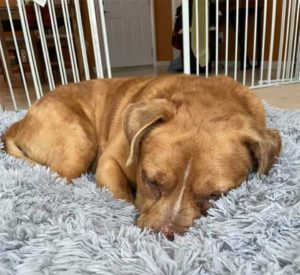 After a few days, Stevie began to heal physically and emotionally, so he started to show his true personality and became a strong dog.

His new family was thrilled to see him experience many new things, and they even gave him his own bed. 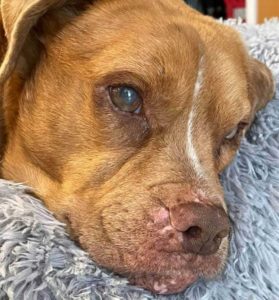 They got the idea that perhaps Stevie had never had a soft bed to sleep in. So they made sure to get him one, and they certainly weren’t wrong, as Stevie was delighted. But they were shocked to see his reaction when he first saw the bed. 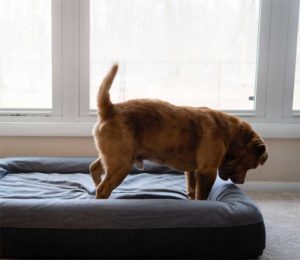 As soon as he felt how soft his new bed was, Stevie was overjoyed and started jumping for joy. Since then, every time Stevie finds a dog bed, he goes through his jumping routine to check out the comfort and softness.

The puppy is very happy with soft and plush things.

«He jumps around a lot, sometimes bites a little, and then falls down.»

Although he can’t see, Stevie has adapted well to the house, and his family members are impressed with his progress. 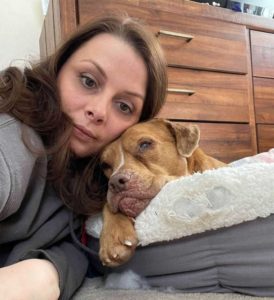 The little dog is smart and knows his way around the house, moving easily from the garden to the garage or elsewhere.

«He knows there are snacks waiting for him when he gets to the kitchen, and he knows how to jump up on my little stand to climb on my bed. He sleeps a lot, loves to snuggle, take walks, chew squeaky toys and give kisses!» 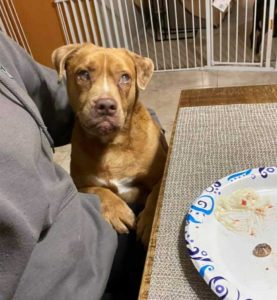 Sweet Stevie is currently waiting to be adopted, looking for a family that will accept him with his needs and love him forever. It should be noted that he needs a home with no other pets and a person who spends a lot of time at home so he can get all of his attention. 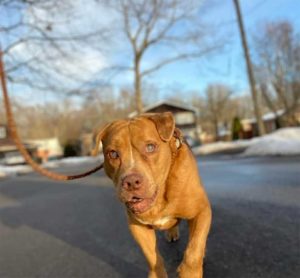 Stevie has been through a lot of sad things in his life, but now he knows he is safe and just needs the love of a forever family.